So, last night I came across a foreign (Korean I think) poster for one of my favourite movies, Clint Eastwood’s Firefox, and immediately noticed that two things on there really don’t belong. A few seconds later, I realised that I knew where those two things came from - a poster for an entirely different movie, and one that MST3K fans should recognise! Who can guess what it is?

Does anyone else have any examples of cheeky wholesale poster art? 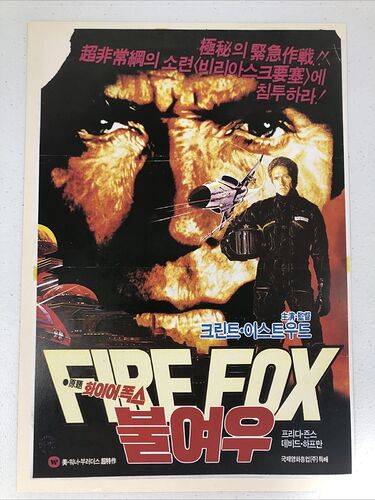 Well, Eastwood’s lookin’ kinda Ginty in that outfit but that’s from the original poster. Also the angle of the jet makes it look Space Mutiny/Battlestar-esque but I think that’s just bad composition.

Is that the city from Shape of Things To Come? (Or Robot Wars?)

Nope! It’s a much older MST3K entry than those…