Have you ever been to a MST3K-related location?

Well, I’m a Londoner, so some of the Pumaman locations are pretty easy for me to get to.

In 2004, I drove through the office park in Eden Prairie where the Best Brains studio had been. My friend wanted me to go in and ask the tenants at the time if I could look around, but I didn’t want to bother them or to seem like an overly-obsessed fan.

I went to Bronson Caves many times when I lived in L.A.

Used in Robot Monster, It Conquered the World, The Space Children, Earth vs. The Spider and probably others I’m forgetting. Also famously used as the entrance to the Batcave in the 1966 Batman TV show. 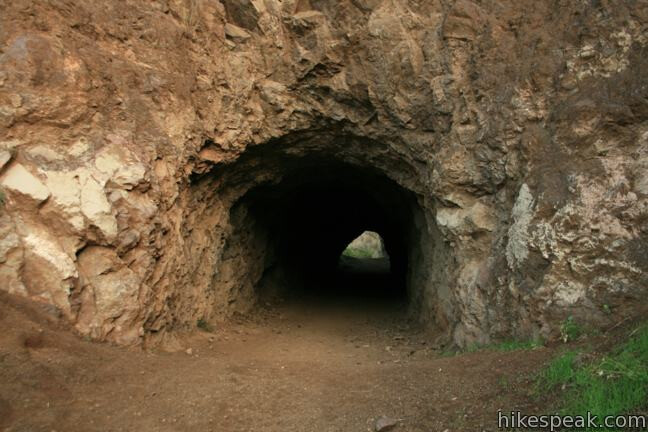 I’ve dined at the resort from Avalanche a number of times.

Well I’ve been to Wisconsin…

This is Rifftrax, not MST3K, but have been to most of the driving locations in Birdemic. The opening credits are over Highway 92 between 280 and 1 in the county where I live. And I’ve been to the diner where Rob? Rod? Mr Slrpnls first sees his future girlfriend.

I did a work placement thing on Krankor, if that counts. I liked it very much.

I grew up 15 minutes from Best Brains Studios in Eden Prairie, MN. Then I worked down the street from it for a couple of years when I was much, much older.

I’ve also been to Rutland, VT, the exotic filming location for Time Chasers.

I’ve been to Griffith Park (if there’s a car chase, it’s Griffith Park) and the Observatory there (War on the Colossal Beast, Teenage Crime Wave)

Probably some more LA locations, but GP and Observatory are the big ones as far as movie locations go.

Were they used in Earth Vs. the Spider? I seem to remember a ‘thank you’ to Carlsbad Caverns in that movie.

A little Googling tells me:

Hey, I’ve been to Carlsbad Caverns, so there’s another one for me.

I now live in Wisconsin but I haven’t been to all the locations in the state yet.

But I have been to Meridian, Idaho, which is where Last Clear Chance was filmed. I wasn’t at the exact farm location (which, based on the buildup of that part of Idaho (it’s near Boise) probably doesn’t even exist anymore), but I’ve been to Meridian and Nampa and Boise itself.

but I didn’t want to bother them or to seem like an overly-obsessed fan.

You could just look like one by standing outside taking pictures and pestering the kids that come out for their ninja run around the building.

I’ve been to the US. No wait, I live here. So sort of close to some?

I live in SoCal so I’m familiar with the Sepulveda Pass.

Filmed close to my city birth residence minutes NW of the 60 freeway at Azusa.

I live in Huntington, WV so I drive by several locations that were used in Teen-Age Strangler all the time.

I’ve been to the Gizmoplex (virtually)

Visited Rutland on family trips a couple of times when I was little.

Pretty sure that I passed through the places in Oregon (Last Of The Wild Horses) a time or two as a grownup. Either by car or bus. Jacksonville, Medford, and Rogue River Valley. (Per Wiki.) This gives me an extra level of warm fuzzies when re-watching that episode. I don’t think any other MST3K fodder was filmed in Oregon.