Have you ever walked out on a movie?

This might warrant another thread, so apologies in advance and I understand if this needs to be deleted. Red Planet got me thinking about movies I should have walked out on that I instead actually like, and one that jumps to mind is Sphere. 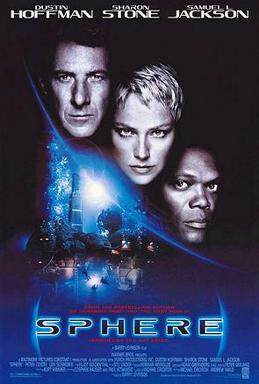 A cool premise but weird casting and not-so-great acting. Dustin Hoffman has no business being in sci-fi/horror, it was almost painful to watch him. The movie was rightfully raked over the coals, yet I saw it twice during its run and still kinda like it to this day.

I don’t think I ever have. I’ve wanted to, but I was usually with somebody and didn’t want to be a dick.

Usually, to get my butt into a movie theater I have to be really certain I’m going to like the movie.

It was by no means the worst movie I’ve ever seen, but oh gawd, was I visibly miserable during Ang Lee’s Hulk.

I didn’t walk out, but boy howdy, was I tempted to.

Worst movie you saw in the theater Cheesy Movies

I’ve walked out of Where’s Poppa?, The Reflecting Skin, and The Dark Knight. Still not sorry, either.

Ha, I loved that movie. That’s actually one of the rare times I went back and watched a new release twice in the theater. I liked the look and sound of it.

I won’t call it a guilty pleasure either, because I love it without irony. 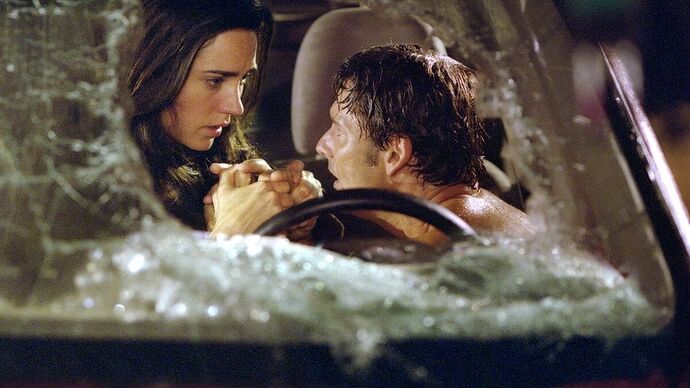 While Hulk is too lime green and plastic looking in places, and some of the CGI hasn’t aged well (though Hulk’s violence and power is breathtaking to witness, and his expressions are nicely conveyed) the overall film still holds up 15-years later....

That’s another movie I saw that I remember nothing about.

Just saw that on Showtime streaming and it’s overrated. Not terrible but the two actors and Pollack have done better. Best picture my ass. Spielberg got robbed that year.

I hear the ending involves a cyborg dolphin…

Not that the movie takes any effort to clarify things, because that movie saw so much producer meddling that it was left with no legs to stand on, but the source short story explains 1.) why the dolphin was augmented, 2.) how its augments were of assistance to Johnny, and 3.) its skag addiction and how that came about. If the idea of a cybernetically enhanced dolphin seems like a bunch of hoosteroo, keep in mind that Larry Niven came up with the idea years before William Gibson and that DARPA funded research into brain implants for sharks.

Back to the topic at hand… no, I’ve never walked out of a movie theater. I’ve certainly left at the end of a movie and hated everything about what I just saw, but I stuck it out because theater tickets are pricey, yo, and I’ve already paid. That said, I’ve absolutely shut off a DVD without finishing a movie; done that lots of times.

Ha, I loved that movie. That’s actually one of the rare times I went back and watched a new release twice in the theater. I liked the look and sound of it.

I won’t call it a guilty pleasure either, because I love it without irony.

Heh, in all fairness, I didn’t see it under the best of circumstances.

Part of the experience was me going, “Ugh, this movie’s tiresome.”

Another part of the experience was me going, “Things are bad, and I really, really don’t feel like being in the theater right now.”

My mom’s ex and my last stepdad walked out of that rival movie from the same year, Mission to Mars. A lot of people feel the same from what I’ve read. Not surprised DePalma has disowned the movie. Strange for him to do a modern day PG rated movie.

Oh wait! That’s the movie I was thinking of! I don’t think I saw Red Planet.

I remember leaving Ghostbusters II early and waiting in the halls for it to end so my parents would take me home. I had a low tolerance for even slightly scary stuff in my childhood. Darn nightmares.

That’s about it, but with a big caveat that I rarely have ever gone to movies in the theater. I’m content to wait until I can watch it at home.

A cool premise but weird casting and not-so-great acting. Dustin Hoffman has no business being in sci-fi/horror, it was almost painful to watch him. The movie was rightfully raked over the coals, yet I saw it twice during its run and still kinda like it to this day.

I didn’t walk out of this one because I was with my sisters, but I hated this movie. The reason I did is because I loved the book. It’s one of my favorite Michael Crichton books and the movie took the amazing book and destroyed it. I could never hurt that movie the way it hurt me.

I’ve walked out of every movie I’ve gone to the cinema for.

Ohwait - you mean during the movie? Nope, can’t say I have.

I’m not going to let a little bit of semantics ruin my chance to be a smartass.

is that my regionalism showing?

But have you ever waited on line for a movie?

I’ve never walked out on one, but I was super close to leaving at the end of Mrs. Doubtfire. The restaurant scene at the end - at the time I thought it went on too long and just belabored the point. I liked a lot of the rest of the movie (especially, as a lifelong Bay Area resident, the old KTVU stuff) but that sequence put me off so much I’ve never watched it again. Maybe I should now that I am way older but, alas, not much wiser.

Not a movie, but I once slinked out of a community theater performance of And Then There Were None during intermission. My father had been cast as Blore and he was clearly struggling with his lines. I just couldn’t stand to watch any more. Also, due to male/female ratios in community theater, many of the characters were gender flipped and not all of the transitions were smooth.