I really wish I was. 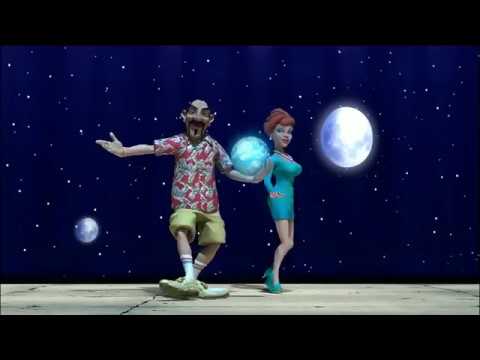 I actually like the fact that copyright law forces our riffers to really search for the old/cheap/obscure titles. So many of the original MST3K seasons’ subjects are real discoveries. In a way, it helped define and refine the feel of the show.
We might never have met Zap Rowsdower if they’d just riffed mainstream turkeys!
Having said that, the only way to watch Battlefield Earth without pain is with RiffTrax assistance.

Thanks for the heads up on this old article! It’s behind a paywall, so I’ll quote the two best paragraphs

The recent cancellation of the cable show by Comedy Central surprised many TV critics _ and obviously disappointed its fans, given MST3K’s steadily growing profile. “It’s sort of like being dumped by a girl you never really liked to begin with,” Mallon says. “We always had kind of a rough road with those guys. They never really got us.” Mallon plans to shop the show around to other networks. “The Sci-Fi Channel would be an obvious home. We haven’t had a paycheck since December, and it’d be really nice to get one.”

In the meantime, MST3K hopes to establish a lucrative orbit around the U.S. box office. If the movie is a hit, say its creators, they might do a film a year. And if the big money comes in, they hope to get a shot at a higher caliber of films to have their way with. “There are dream films we’d love to do,” Mallon says. “We see 'em all the time. That Robert Redford-Demi Moore film Indecent Proposal . . . We came close with a John Travolta-Lily Tomlin vehicle, Moment by Moment. Just godawful. But we lost it at the last minute.”

Also, imagine if Kinga’s invention exchange for that episode would be the Robotic Vampire Bat. I think that once it enters the SOL and bites the bots, they would turn into Vampire Bots.

Might be fun if they did a Thunderbirds episode, I’m pretty sure there was at least one Christmas episode in there. Pad it out with weird Christmas shorts and call it a day.

Yes that’s the one I was thinking about! Thank you!

I’m all for this purely for the Futurama reference