How to get a new girlfriend into the world of MST3k

So I have a new girlfriend. And I want to introduce her into the world of MST3k. What episode should I start her with? I have seasons 11 and 12 on my computer plus access to the Gizmoplex.
I also have the MST3k movie on DVD. Every other episode I would have to try to find on Youtube.

I was thinking either showing the “This Island Earth” or “Reptilicus” to start with.

Are these good ideas? Any other suggestions?

Any of the Giant Monster types are probably good, they show off the whole concept pretty well since a guy in a suit is pretty goofy.

DON’T DON’T DON’T show them Manos right off. I made that mistake and never got another date with that woman again.

Those are both really good choices. As far as movies with giant monsters go, The Giant Gila Monster is another really hilarious and accessible episode.

Help her explore her feminine side? 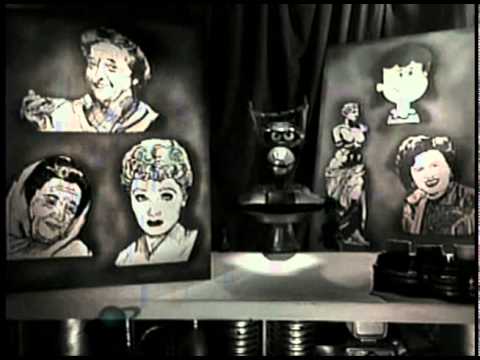 She hasn’t seen my “boing” yet

“So ONE woman exists. Does that mean ALL women exist?”

One of my favorite quote from the series for its logical implications.

I think any of the slower movies are best avoided till you know if she likes the show.

Every other episode I would have to try to find on Youtube.

This is your periodic reminder that classic episodes are FREE to stream on the Gizmoplex! In high quality, by anyone, with no ads! It doesn’t have every episode but it has over 150 classic episodes and shorts.

As far as recommendations, I’d start with a short, just for a taste of the MST3K flavor. Maybe “The Home Economics Story” or “A Date With Your Family.” And if that goes well, I’d go into MST3K: The Movie. It’s funny, it looks great and it’s only 75 minutes! It’s a perfect introduction.

And definitely save Manos (and other deep hurting) for later. MUCH later. Too many potential MSTies have been scared off by well-meaning friends who used it as an introduction.

Why has no one recommended the short What to Do on a Date?

Because we want this relationship to work out!

I’ll put in another vote for The Movie. Great intro course!

Also agree that a sampler of shorts would be great too. For full episodes: Anything that’s already fairly watchable or light (like those TV show “movies”) would work as well.

Congrats on the new relationship

Or a bunch of shorts? A bunch of bite-size introductions… maybe a “Commander Cody”, and “Johnny at the Fair” to start?

The Gamera movies are a lot of fun, so if you think she would be into the Joel style episodes, I might suggest Gamera Vs Zigra. If you think she might dig the more modern version of the show, then maybe Gamera Vs Jiger, but Reptillicus is a solid choice as well.

Why assume that a dislike of MST3K would ruin the relationship? @linszoid might be able to carry on the semblance of an ordinary relationship while hiding in the basement, surreptitiously watching episodes of MST3K…

Maybe I’m projecting too much.

The Santa Claus movies are pretty fun, and I think Cry Wilderness is a good contender, too

Find out what kind of movies she’s into. Newer, older, scifi, fantasy, etc.