How Would You Cast a MST3K-Influenced Episode of *Diagnosis Murder* or *Murder She Wrote*?

Murder mystery programs over the years, especially Columbo and the NBC Sunday Mystery Movie wheel back in the 1970s, used to be a fun way to see extraordinary guest stars as the guest stars in episodes. Sometimes even seeing them in unusual outings as the murderer or a character completely different from their usual persona on television and film.

Both Diagnosis Murder and Murder She Wrote took this formula a step further and began producing episodes that would bring back a number of actors from various television shows and have them appear together in one episode, usually with one as the killer, subsequent others as the “possible suspects,” and (of course) one as the killer.

It was a clear gimmick, but it could be fun to see some of the stars playing against type and working together again. Although such programming have gotten away from that gimmick, I’ve sometimes wondered how an episode of either program would have played out with the various cast members of MST3K.

If you were putting together such a show, who of the MST3K cast would you have in the show?

What kind of characters would they play? Who do you think would be the best killer?

What would be the story?

What would be the story?

It would be over in 10 seconds.

Jessica Fletcher’s neice (has anyone ever made a family tree for this lady?) is married to polo player Blast Hardcheese (gotta go with something we haven’t seen yet). He’s being threatened by Kalgan, who runs the polo gambling racket in this town. Throw the game, or else! When Kalgan turns up dead in a warehouse, apparently run down by a floor buffer, the police immediately suspect Blast. Can Jessica find the real culprit and clear his name?

Of course she can. It was Cameron Mitchell, Blast’s coach and closest friend.

Funny enough, my roommate was in a murder mystery dinner theater a couple weeks ago… she didn’t know she was playing the murderer until the reveal came up because she read the wrong version of the script and was quite confused.

There is only one answer to this: 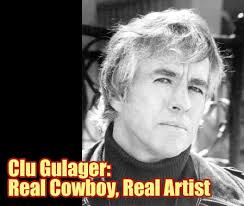 Slightly OT, but there was an episode of The Man From UNCLE (The Hong Kong Shilling Affair) that had Richard Kiel and Glenn Corbett as guest stars, as well as the usual Robert Vaughn and David McCallum - it was like a MST3K reunion before there was a MST3K

Welcome to the sleepy Northeastern harbor town of Mystery Lake, New Mexico. (it’s part of the just go with it and relax part if things.)

Two young girls were famous residents who make their names as amateur sleuths rivaling the Nancy Drew or the Hardy boys but after a falling out, left town and both become authors. One covers true crime, the other fantasy filled crime novels.

They will return for for their class reunion to find their original mentor in solving crime was murdered days before hand. Can the Satellite Sisters put their differences behind them and solve this crime that hits closer to home? and the deeper question: Can this pilot be picked up for a full season order?

Staring as the Satellite Sisters:
Rebecca Hanson as Stacy Myers and Yvonne Freese as Tracy Light.
Also staring Johan Ray as Sherriff Heston Morton
Emily March as Sara Connor (no not that Sarah Connor)
And by the power of flashbacks: Joel Hodgson as The Professor.

Here’s the concept I have, but a few notes first:

I’m using the human cast only.

I’m also placing all of them in roles. So many roles that it probably wouldn’t work for a hour-long episode of a series, but let’s just go with that for now.

Of course Angela Lansbury is now gone, but her character Jessica Fletcher lives on in this scenario, so bear with me there.

There is a niece character because the framed killer was always a niece or nephew of Jessica’s on Murder She Wrote. You can’t write one without just a character!

The purpose of roles is to give everyone something to do. The dead person in these shows were always a chance for an actor we love to play against type (for example, Dom DeLuise played a conniving, pompous, blankety-blank so-and-so in an episode of Diagnosis: Murder and it was fun seeing him play such a part before his character got killed off). Any part someone is given here is because it would be cool to see them in such a role and not intended to suggest that they are like this in reality.

Jessica Fletcher has been begrudgingly in talks with movie producers (played by Kevin Murphy and Bill Corbett) who want to buy the rights to one of her novels. A studio executive (J. Elvis Weinstein) is interested but insist they attend a movie tradeshow to promote their new science fiction movie coming out before moving forward. They ask Jessica to attend to promote their “next movie” and she isn’t thrilled about it, but it’s a free trip to the Midwest where a niece (Emily Marsh) lives and she wants to be helpful so she agrees.

The tradeshow’s focus is on movie critics, and many of the best known critics in the country have been invited to attend to discuss their work. Trouble is brewing for the organizer (Felicia Day) who wants the tradeshow to be a success when a “Rex Reed-like” top critic (Joel Hodgson) criticizes the tradeshow as being a gimmick in his weekly column and on television. Because of his disdain, the media is treating the tradeshow as a joke and the organizer is rather ticked off about the critic’s attitude.

Surprisingly, the critic arrives at the show with his entourage, Pearl, Cynthia, and Meg (Mary Jo Pehl, Rebecca Hanson, and Yvonne Freese). They cater to his whims as he treats them in a shabby manner. The critic runs into a couple of old-timers like himself, a Siskel and Ebert team (Trace Beaulieu and Frank Conniff). They are not happy with the critic as he has help tank their weekly review show for one of his own to replace it on the network, leaving them with sour grapes. The network head (Patton Oswalt), who is also attending, isn’t happy with the Critic spilling the beans ahead of the conference, which was to be a bit announcement there.

Jessica meets up with her niece while at the promotional booth at the conference for the science fiction movie, where models from the movie are on display, including a classic 1950s-like rocketship. The niece is there as she does a podcast review show with her friend (Jonah Ray) and they’re hoping to get some interviews and possibly some connections while there at the show. The critic takes interest in the pair, but when he finds out that it’s just a podcast, he dismisses them and openly mocks them for doing an “internet fanboy thing.”

Also in attendance is a bickering husband and wife television team (Mike and Bridge Nelson) who co-host an Entertainment Tonight like show. They were in line to take over the review show and got blackballed by the Critic at the network, so they’re not particularly happy with him either.

The big event on the first time is a preview of the science fiction movie the producers have made. The Critic appears in a panel after the movie and completely trashes the movie. When others try to defend the movie, he razzes them as well, pointing out that what they are parasites who defend schlock like this movie, and he will make it a vendetta to tear the movie apart in his review on his blog later that night. His last verbal jabs are at the podcast team, and he leaves the stage with pretty much all our major players wishing him ill-will.

Later that night, the niece gets a text to come to the Critic’s hotel room for an apology and an interview, stating that he had second thoughts about the movie that night and just posted a good review for it on his blog (which is true, the glowing review had just been posted on his blog). Going on her own, the niece enters the hotel to find the Critic dead, having been stabbed through the heart with the spaceship model from the science fiction movie that had been on displayed. One of the Critic’s assistants arrive just moments later to find the niece standing over the Critic’s body. When the police arrive, they find her fingerprints on the model ship, although she never touched it while in the room, and as she was the only one seen her the Critic’s room in the past hour, she is the most likely suspect.

Jessica Fletcher must find out not only how to prove her niece’s innocence, but also to find the real culprit in the murder. The problem is, there are so many

(I have a solution to this setup as well, but I’ll leave it as this for now.)

until the reveal came up because she read the wrong version of the script and was quite confused.