If Crow jumped into your soul, what would it taste like?

Crow said he merged souls with Tom and Tom’s body tasted like soup. If he merged with your soul, what would it taste like?

HOW TO PRONOUNCE IT:
Ask the Knights Who Say Ni

Everything tastes like soup to Crow. Which is weird because he tastes like nanner pudding and nilla wafers.

Crow would say my soul tasted like soup as well. SPECIFICALLY homemade butter nut squash soup — creamy, comforting, a touch of sweetness but also spicier than you expected, in an intriguing way, that makes you want more, but your mouth keeps getting hotter and more uncomfortable, but you can’t stop cuz it’s still really good.

Been my replacement for the alky lately. Nice buzz without damaging your liver.

About the same. Crow is a Pisces, like me!

That seems kind of fishy.

It works for us.

Crow would be fresh-cut hay, with hints of limonene, jet fuel, and dark-roast coffee.

We fish swim in the same school.

If I’m being literal, roasted garlic and caramelized sweet onions would be the dominant flavors… others would depend on the day, even the time of year?

Spiritually, being a pirate at heart… rum. Dark rum.

I have been practising making different recipes for some time now. And I imagine it must have penetrated to my soul by now. 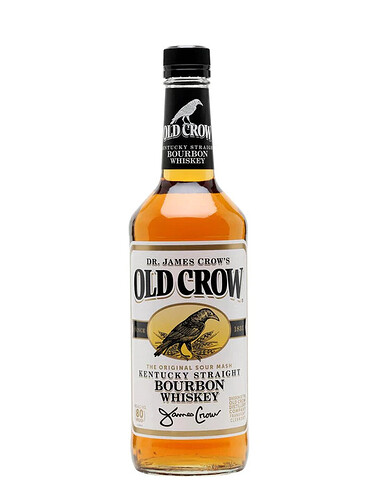 Probably a relatively fresh-made sammitch, with a filling comprised of bits of the edge of the universe (maybe with a smidge of Dijonnaise™ and a thin slice of red onion. I gotta’ have that red onion).