If MST3K had originated in your town instead of MN, what would the regional jokes be?

I’m from Northeast Ohio, so I suppose the show would have contained lots of instances of the word “ope” (as in “Ope! Sorry I bumped you!”), references to the jingle “Have fun for your money and saaaaaave…at Marc’s!”, and calling outdoor BBQs “cookouts”.

What regional inside jokes would the show have included if it originally started in your neck of the woods?

But the show started in Minnesota.

But I can’t answer this, as I was raised in Wisconsin.

Yikes, it’s been such a long day. Title fixed! My brain said MN, but my hand typed WI.

I kinda got a glimpse of that in Season 11 with references to the Mummers Parade and that Mount Airy Lodge commercial jingle. Thanks, Elliott!

If you’re not lucky enough to be from Minnesota or Wisconsin, what’s your own personal White Whale Big Jack? (or Clam Flowage, or Hot Dish, etc.) What would be the perfect moment in any film, TV show, or short, for you to place THE most locally-grown riff of your own devising? And what was the riff in question? (Links to relevant ads and such always welcome.) It’s time to celebrate this great country of ours!! (Or y’know if you want to celebrate Australia, Singapore, or even… CANADA? Well, t…

I am from everywhere and nowhere. Rootless and without local idioms.

I’m in California now but not even that part that has distinguishing stuff. If I was from LA I could say they’d have a bunch of jokes about In-n-Out burgers, or Angelyne. But no, here I am in Silicon Valley. I guess all tech bro stuff

There would be a lot of references to F&J Furniture’s Special Man who can saaaave you MONAY!
letteraveit.

Here in Denver, it would be Tom Shane, Rocky’s Autos, Dealin’ Doug, and Jake Jabs and his tigers.

Is unabashed bigotry a regional flavor? Because I’m pretty sure that’s my hometown’s most common style of humor. In case you can’t tell, I’m happy I moved away.

He does tons of commercials for his Indianapolis franchise. People think he’s local to Indiana.

And my regional joke would be about this weirdo: 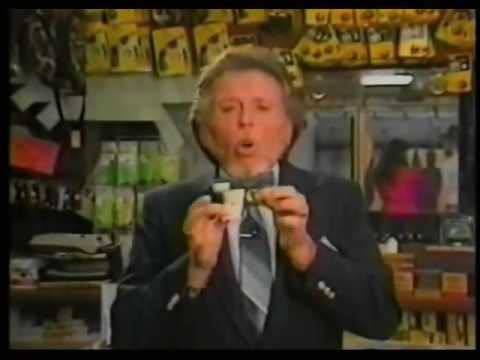 I didn’t realise he had branches outside of Colorado! The things you learn.

I’ve heard their commercials so many times, I can say this from memory: “You’ve got a friend in the diamond business. The Shane Company, at 96th and Haig Road just east of I-69.”

As far as Vancouver itself goes… a few references to old shops and jabs at a few local places but honestly I just can’t see something like MST3K coming out from here.

Now Seattle… that’s easy. Watch any random episode of Almost Live after John Keister took over. The jabs they already took at Washington communities and demographics of their viewers would overlay onto MSTie easily.

There were (still are) tons of Shane Co. ads in St. Louis as well.

Yep! Ours would be “Just off Arapaho Road and Emporia Street. one half mile east of I-25”

“Well at least the town in Skydivers had a bar.”