On a similar note- the image doesn’t seem to be loading for the Event Replay of the Million Eyes of Sumuru ticket- either in the cooler nor when I click on it. Linked image is from an Event Replays sort, but I get the same thing (with red goo) when I sort by Season 13 only. 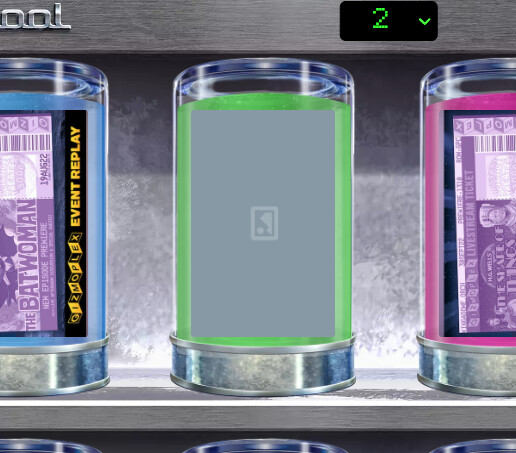 Thanks for the heads-up, jaye! I’m going to split this off into its own bug report so the team will have an easier time finding/addressing it.

Reminder: If you see a bug report that applies to you, be sure to vote at the top. Ivan & his team prioritize issues based on user voting.

Can confirm the image is not there: 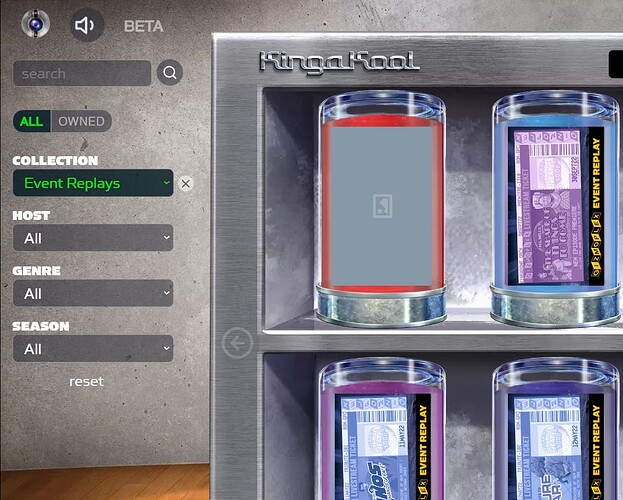 The regular film art is there for the finished episode, just not the event replay ticket art.

Another note on this issue - if you filter by Emily Connor episodes, this one comes up,
broken image and all. It’s a Jonah episode. 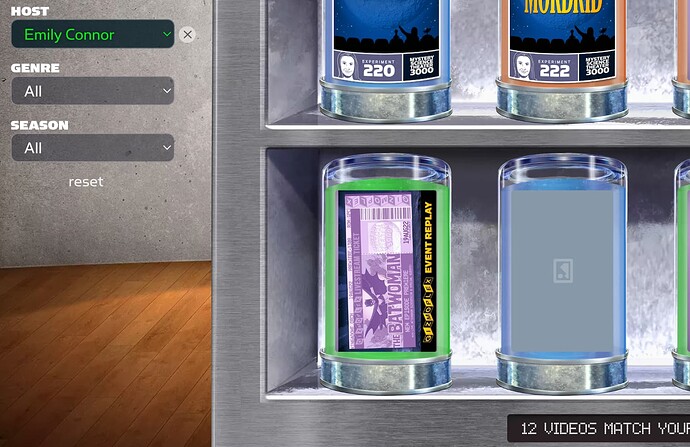 Just to further pile on, the image is also missing from the easel in the screening room, though it does show up on the big screen…

I suspect the same image address is used in both places, although I’m speculating. I’ve no code for evidence. It’s what I’d do, anyhow.