I am testing the virtual theatre and want into the screening bunker and filtered my eipsodes i own by date and collections setting to episodes only but the 2 KMTA episodes i own(invaders from the deep and revenge of the mysterons from mars) seem to be missing. If i change the collection setting to all then revenge of the mysterions shows on page 2 and invaders from the deep shows on page 8. Anyone else getting this error? They only show up our of order and don’t seem to be labeled as episodes. 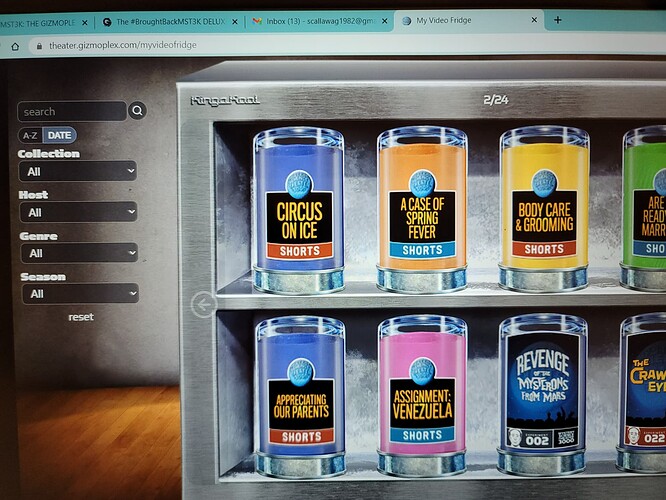 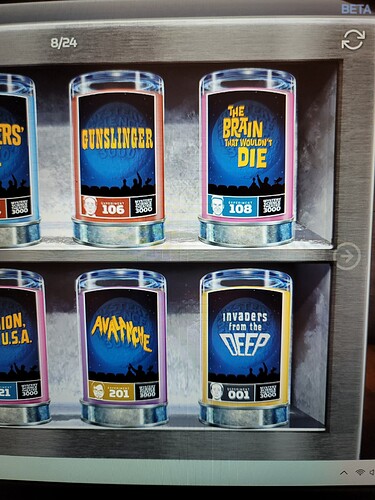 What happens if you select ONLY to see KTMA episodes?

I put on Invaders from the Deep as my first episode just for the pomp and circumstance of it. But it was not located in position 001 - I had to hunt for it

Sadly i was unable to select this as an option.

In seasons? You can’t drop down for only KTMA? I can

Actually, I (in an attempt to be the most thorough I can be) backed out of the ‘Plex, went back to the main page, hit the video vault and THEN sorted by season, and the first 2 KTMA episodes came up.

But NOT if I filter by Host OR Collection.
So THAT is a bug I’m going to report.

EDIT: I went back in the video vault after I sent my ticket, and STARTED with season KTMA, and THEN sorted by host and they showed up. BUT when I sorted by episodes instead of shorts, they no longer show up.

I have the same sorting issue. I also see 001 several pages ahead of 002, and if you set it only to Season 00 (KTMA), it will put Revenge of the Mysterions before Invaders from the Deep.

I just confirmed that i can find them through other filters like KMTA in season.

I don’t know where you’re finding them, because I bring up KTMA on the filter and absolutely nothing appears.

Can you give us more info about your OS & browser? I’m having no issues pulling up KTMA episodes.

As a first step, I’d try holding down Shift and reloading the page twice. That clears up a number of issues related to site caching, especially if they’ve done a site upgrade sometime recently. 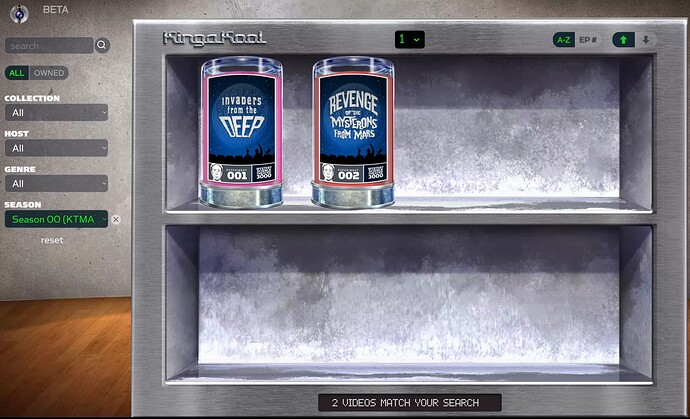 I use an Intel Core i5 and Google Chrome. I did the Shift refresh and still nothing changed. The whole KTMA section is bare and I get a message saying “Looks like you don’t have
any videos matching that criteria.”

This is going to sound like a stupid question, but do you own them? The KTMA episodes were part of the BroughtBackMST episode pack with the first KS. I don’t think they are included in the general Season 1-10 episode availability.

If you own them and you aren’t seeing them, that sounds like an issue for @ivan