“HE BURNT THIS CITY!!!” “HE BURNT THIS CITY TO THE GROUND!!!” “BURNT THIS CITY!!!” “BURNT THIS CITY TO THE GROUND!!!” Fired employee rigs the refinery in the center of town to explode setting off another 70s Disaster Movie. Shelley Winters, Leslie Nielsen, James Franciscus, Ava Gardner, Henry Fonda. Grand Hotel (1932) blended with San Francisco International (1970). Run and Hide Towering Inferno!!! No More Grant Money, Phony Telescope, Anti-Theft Device, Military Cadence, Newsletters. “They’ve got the Keystone Cops putting out the fire!!!”, “Thank You and Don’t Call Me Shirley”, “I hardly recognized her with her clothes on.” “Shelley Winters” “She’s playing that building” or “And the kids did all their own stunts”? 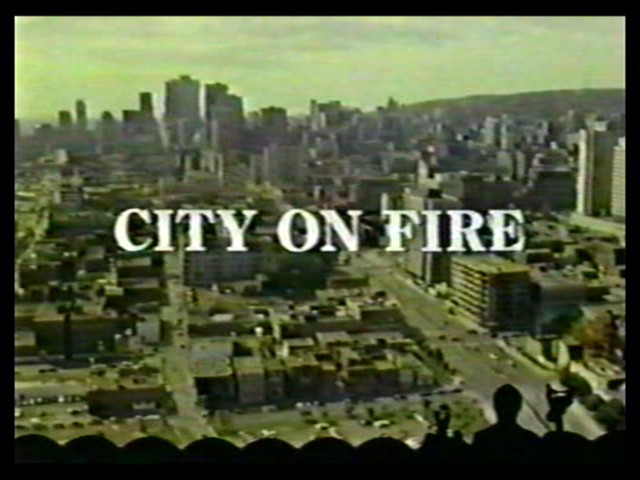 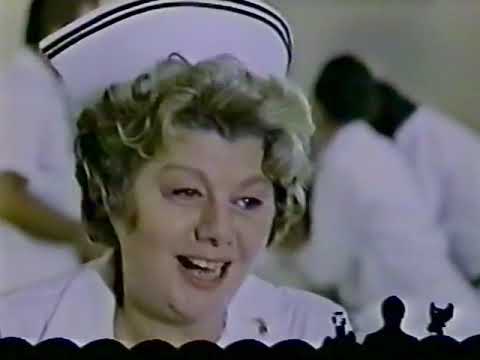 @optiMSTie Watched this one? It’s one I’ve seen discussed among the KTMAs. 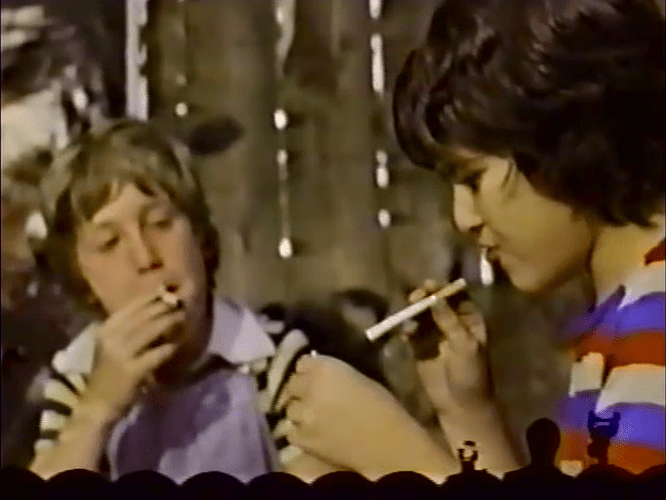 Grade A Re-Riffing Material. For Season 14 or beyond. 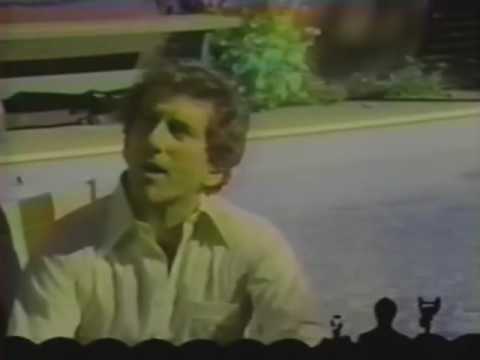 @optiMSTie Watched this one? It’s one I’ve seen discussed among the KTMAs

Sure have, yeah! I haven’t revisited the KTMA episodes like I have the nationally run series, so at some point, I’m gonna have to double-back and rewatch those to throw up more concrete memories here.

MST3K didn’t get too many full-fledged disaster movies (I remember being overjoyed that Avalanche was going to be such an entry), but the KTMA era came through with SST Death Flight (which also has a ludicrously stacked cast) and THIS episode.

What’s interesting about THIS episode is that it took a big step forward in showing that MST3K was gonna be a show that had its fanbase firmly in mind. The closing host segment has GPC masterminding (and Joel displaying) the Satellite News newsletter, the Fan Club Certificate, and the Fan Club Membership Card, all of which viewers could get if they were to write in to the MST3K Fan Club.

This, along with the answering machine message left by The First MSTie™ demanding “MORE MORE MORE MORE” in KTMA-04, Gamera Vs. Barugon (as well as other episodes here and there in the KTMA era where fan messages would come into play), and the establishment of the MST3K Fan Club in KTMA-12, Fugitive Alien, made it emphatically clear that fans had an important and prominent place in the show’s universe.

This is a great episode, but there are some really gross moments in it and it’s well enough executed that I have a hard time watching it. 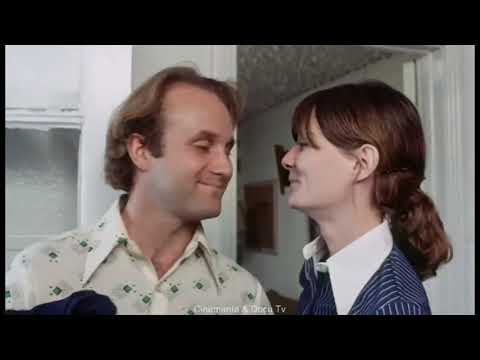 @RocketJForklift Your sizing up of this? 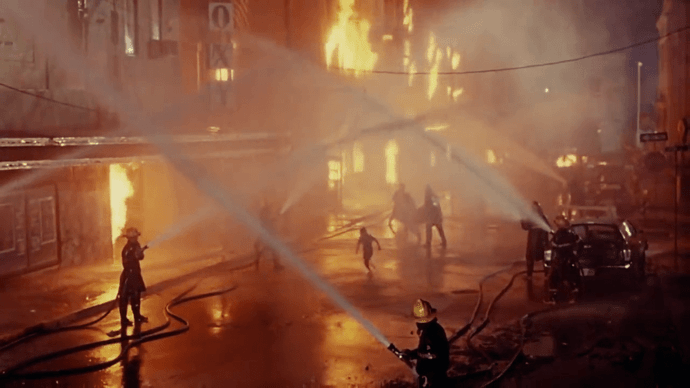 TBH, it’s been a while. I remember it being one of the better episodes of the season. Despite the fat jokes. I really should go rewatch Season 0 again.

Usually I’m not much for disaster films. I don’t like watching people suffer. But this one has good pacing and interesting characters, while taking itself far too seriously. Excellent material for riffing, and they rise to the occasion.

SST Deathflight - my favorite of the season, I think. I’d love to see them redo it now with a full writer’s room, but it really stands on its own as it is.

Sandy Frank - We get to compare Gamera, Mighty Jack, etc. to the more polished scripted versions from seasons 3 & 4. They kept some of the original riffs, took different approaches to some things, etc. It’s interesting to watch how the show developed that way. Plus, the KTMA versions have more of the movies. Host segments (and I’m guessing commercial breaks) were a little shorter, so we get an extra few minutes. Like the full opening sequence to Mighty Jack, and the ridiculous part where the guy sent to rescue Atari botches the whole thing because it never occurred to him that the cell door would automatically lock behind him, leaving them both in need of rescue.

Phase IV, City on Fire, Hanger 18, Superdome - All solid episodes, even if the riff pacing is slower and less organized than the scripted riffs we’re used to from later seasons. Like I said, these 70s movies are a real staple of the show for good reason. Phase IV is one I could watch unriffed because it’s just weird and interesting, but the riffing helps a lot. I do wish they’d had some riffs about the laughable junk science, though.

Like Superdome, City on Fire has multiple character arcs and subplots, and they’re cut together pretty well. Unlike many of the 70s movies we’ve seen, stuff actually happens. There’s a growing sense of urgency and tension as the city continues to burn and new and dangerous situations continue to evolve and the people in charge struggle with how to contain it (while, at the same time, corruption comes to light). It’s well done, and that’s what really helps this episode, especially given the slower pace of riffing. The movie is genuinely engaging and even fairly plausible. But the characters are still 70s TV movie people. It’s a great combination. There’s plenty to riff on, but also enough going on with the movie that you can settle in and watch it even when the riffs slow down.

Definitely any KTMA movies covered that have not already been done in prior seasons are ripe for another go imo.

Definitely any KTMA movies covered that have not already been done in prior seasons are ripe for another go imo.

I’m with you there. As long it passes Joel’s Smell Test of Future Experiments. Widescreen, looking great to a new audience, and for the most part color.

The shirt collars really ruin it for me

The shirt collars really ruin it for me

Chic 70s fashions my friend. Avalanche (1978) is a loving tribute to that. 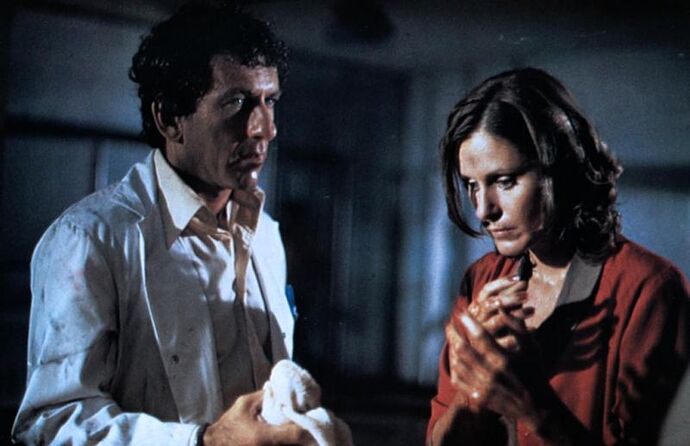 Just finished this one up. What can I say that hasn’t been said about this era of KTMA episodes? The 70s disaster film full of stars of the day is great riff fodder. We see the show starting to come together towards what we would come to know and love.

One other thought. Early on (during the extended “good morning” sequence), one of the characters greets “Chief”. I was a little sad that no one replied with “McCloud”.

Like I said, starting to come together, but not there yet.

One other thought. Early on (during the extended “good morning” sequence), one of the characters greets “Chief”. I was a little sad that no one replied with “McCloud”.

Like I said, starting to come together, but not there yet.

I’d lob 70 percent there by here. Humbling how 30 percent thrusts it to another level. The written beforehand deliberation and brainstorming facilitated the precise milking and exploration of wit we expect from MST3K. The ad-libbing in KTMA limited options and deprived the program that final finesse we’d observe in later seasons. My two cents. 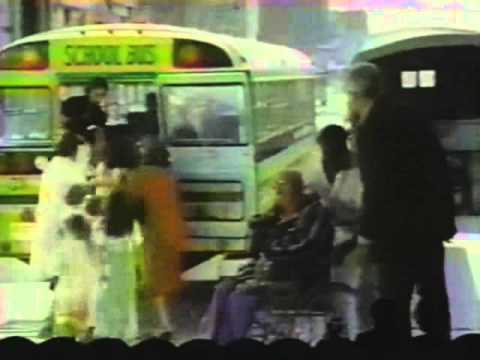