KTMA is underrated. Especially the latter half of the season, where they really get into the groove. This one is a little slow, but it’s fun. I know Rifftrax Presents re-riffed it. (Not Mike, Kevin, and Bill. A couple of British riffers who work with Rifftrax to release their own riffs.)

The thing is that the central conceit of the movie makes no sense. It’s all covered in the first 10 minutes or so (and probably in the trailer), but just in case:

A couple of other thoughts that I posted elsewhere when I watched the episode for the first time:

I’m 5 minutes into the movie and already an astronaut has gotten into a space suit unassisted in under a minute, gone on an unscheduled EVA without even having anyone double check his equipment, and been told by mission control that they have to launch the satellite on time even if it’s broken or there’s a danger to the crew. Wow. I can tell this is going to be a bumpy ride.

A hayseed farmer is driving down a dark country road, the only car anywhere in sight. He sees something fall out of the sky and pulls over to check it out. Not a single baby Superman riff? I’m disappointed.

So, wait. Aliens came to Earth thousands of years ago, found a tribe of australopithecus, took them as slaves, and decided to breed with them. And that’s why the aliens look human?

1: How hard up do you have to be to take an ape woman as a concubine?

2: That doesn’t help the parallel evolution problem at all! If they’re capable of interbreeding, it’s even more improbable.

It’s not my favorite of the KTMA season, for all that it’s the penultimate episode. Phase IV, SST: Deathflight, and City On Fire are the real gems in my book. (I also enjoy watching the Sandy Frank movies in comparison to their season 3 & 4 re-riffs.) But if you love the show and find it cozy to curl up with the early stuff, this is a decent episode to enjoy on its own terms.

I’m afraid I don’t have too much here off the top of my head. Admittedly, it’s been a long chunk of time since I’ve revisited the KTMA episodes.

I’ll need to do that again soon at some point.

It’s proto-MST3K, sure, but it’s still a hell of a lot of fun by way of the “you are watching this movie with these characters” premise.

An A1 prospect for a re-riff. Silly story, Robert Vaughn. Extra Terrestrials and TV stars? This has what Joel looks for in an experiment. Innocence, stupidity, goofiness galore, it’s ripe for the riffing. 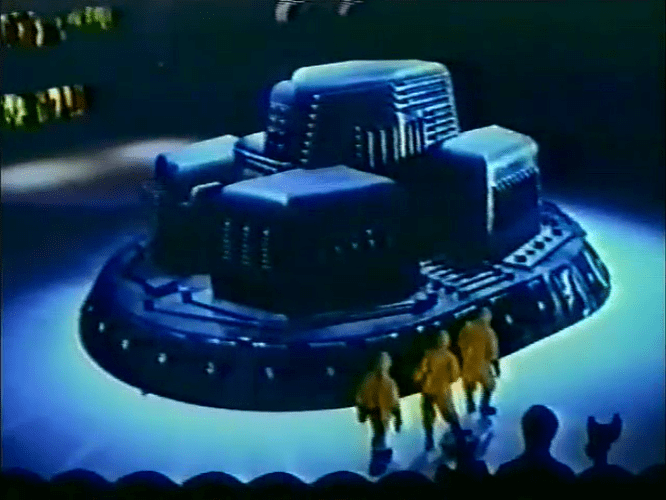 Note: Invasion Force is Hangar 18 (1980) with an alternate ending shown on television. 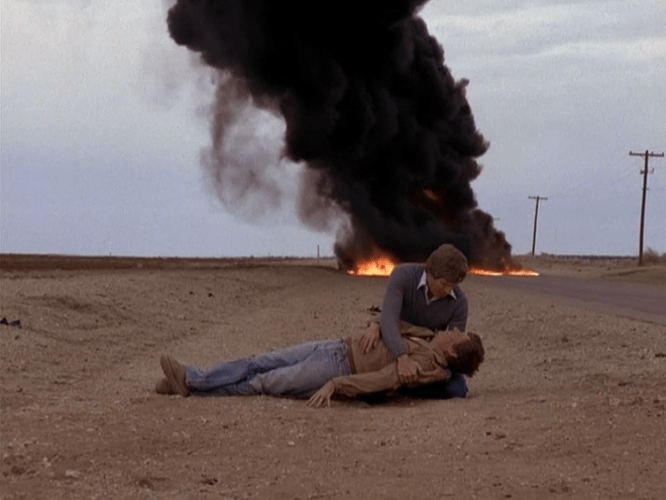 Rifftrax has its version, by the way.
How did they change it, but ending it here, then we get the voiceover that the deputy head of NASA is about to confess?
The full version was better because the the cover-up backfired massively.

This is the only MST3K movie (so far at least) which has received a full review from Siskel and Ebert on their show.

Ooh, Sunn Classic Pictures. They were so prolific from their various schlockumentaries that even J. Elvis knew who they were, as evident by Servo’s comment early in the episode.

Sunn Classic Pictures, also known as Sunn International Pictures, Schick Sunn Classic Pictures, and Taft International Pictures was an independent U.S.-based film distributor, founded in 1971. The company was notable for family films and documentaries, and was purchased by Taft Broadcasting in 1980. Sunn Classic was located in Park City, Utah, with offices in nearby Salt Lake City; its company name added an extra "n" to the word "Sun" for legal reasons. The founder, Rayland Jensen, previously h...