I started watching The Pirate Movie. My head exploded twice while I was only very shortly into it, so I had to turn it off for a day or two.

I will get back to it soon, hopefully.

Thanks! I thought I was well enough to continue watching the movie, but then…
unexplained horses at around 23:13.

Update: And, at 49:13, we find out our hero doesn’t know how to ride a horse, which makes the unexplained horses from earlier even more unexplainable!

I did finish watching The Pirate Movie. It’s really bad.

The “Pumping and Blowing” song was quite awkward. The horses drove me nuts, as already established. The end didn’t make much sense, of course. On a positive note, I’d say the choreography throughout (both dancing and fighting) wasn’t bad for a budget flick.

Things that weigh heavily toward rejecting for riffing include the lengthy songs and the fact that it is trying to be a spoof, actively parodying things like Star Wars and Indiana Jones. The filmmakers weren’t actually trying to make a serious movie.

Still, I’m sort of glad I watched it because I now have a movie I can torture someone with if I ever need it.

Perhaps I will watch The Tomb next. This is fun!

I’d like to add my only two suggestions, what I consider to be the two worst movies ever made: 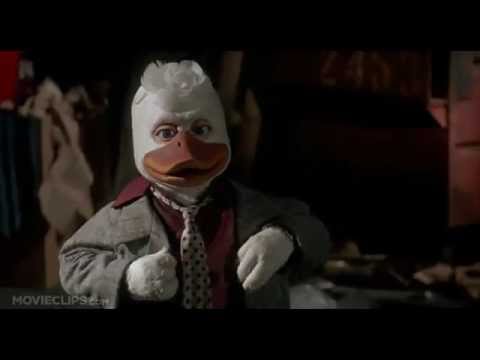 And with that, I’m going to close submissions for this round. A poll will appear in my next post.

Which terrible movie should we try to riff for our Fanficisode™©­**?!

Poll Rules - Please only vote for a movie that you did NOT suggest. It’s the only way that we’ll be able to prevent everyone from just voting for “their” movie. And, since there’s no way to prove who voted for what, it’s the honor system.
This poll will run for 48 hours. After that, if there’s no clear winner, then the bottom vote getter(s) will be dropped off the list, and the poll will be re-run over and over every 48 hours, until we have a “winner”.

Here’s my opinion on these, just watching the trailers, and not being familiar with any of them except the ones I suggested:

The Peanut Butter Solution, The Ice Pirates - meh.
Solarbabies - OMG, how have I never seen this before? 80s “hyper serious” cheese at its best!
The Incredible Petrified World - this looks like classic MST3K fodder, I’m surprised they haven’t done this one yet!
A*P*E - this looks like classic MST3K fodder, I’m surprised they haven’t done this one yet!
The Pirate Movie - wat is this i cant even
The Tomb - Might be just a LITTLE bit too “Troma” for MST3K
Ice Sharks, Sharktopus, (or Piranha 3D, or Sharknado, or anything by Roger Corman or SyFy or The Asylum) - are ALL a hard pass for me. There’s just something about them that feels too… “bad on purpose” for them to be fun for me to riff. To much staring at the camera and winking, if you catch my drift.
Terror Birds - on the other hand, while this one “feels” as low quality/bad as an Asylum, film, it also FEELS like they were really TRYING to make a good movie on a low budget - they were just really sucky at it. This one would be my favorite for Round 2 Fanficisode™©!
Boar - Call me crazy, but while obviously low budget, this one seems to me to be just on the other side of the competent/incompetent line to me from Terror Birds. It actually looks like an entertaining movie to me, and one that I’d watch un-ironically!

In the end, my vote has to go to Solarbabies… for the pure 80s “WTF” factor.

Can we leave the first round open for longer than 48 hours? I haven’t watched several of these before.

If everyone else wants it longer, sure… but in my opinion, we should go with snap judgements. I formed my opinions based on the trailers alone, being completely unfamiliar with any of those movies.

My vote, subject to change, goes to The Incredible Petrified World. I agree with @Ansible that it is classic MST3K fodder.
It is short and could be done without editing for time or content. It is cheesy (it has a Cave Torgo, and one of the characters even goes to gather firewood in an undersea cave

) without being painful to watch. Also, my brain was writing riffs automatically while watching it.

Once y’all pick the movie, I’m totally down!

You can help pick too… we want your vote!

I would rather just walk in blind!

Also, my brain was writing riffs automatically while watching it.

Right? I wrote half of it already, the last time I watched through!

A*P*E is just as good, though, and has the added bonus of a Kahenkaiju (that’s like a Daikaiju, but variable in size).

I’m a big proponent of freedom of speech, so I’d rather leave those scenes in, handling them with social commentary instead of censorship. (Example from Cry Wilderness: Dumb kid: “You’re just a dumb Indian!” All: “Woooah!”)

My all time favorite will always be East Meets Watts by Cinematic Titanic. The coordinated spit take after the racist slur just screams vintage Mel Brooks.

Oh, and in the tradition of what we’re accustomed to, may I suggest that we end the poll by a certain time? Say, 7/9 at 10 pm ET (just as an example).

We seem to be a very task oriented group, I mean, look what we’ve done. Twice, no less.

Well, my vote is in and… crap, I just tied the vote between the one I suggested and the one I voted for. Whoops.

I would rather just walk in blind!

Huh. I thought Ansible brought her in as a ringer…

I’m generally with Ansible here (I like the energy of a snap judgement, and it’s not like we’re designing a nuclear reactor here), but if the next step is going to be formalizing the process, I don’t see why we can’t start that now, then select the movie once that’s done (but at least 48 hours from Ansible’s poll).