If you’re not lucky enough to be from Minnesota or Wisconsin, what’s your own personal White Whale Big Jack? (or Clam Flowage, or Hot Dish, etc.)

What would be the perfect moment in any film, TV show, or short, for you to place THE most locally-grown riff of your own devising? And what was the riff in question? (Links to relevant ads and such always welcome.)

It’s time to celebrate this great country of ours!! (Or y’know if you want to celebrate Australia, Singapore, or even… CANADA? Well, that’s nice, too.)

It was just Canada’s birthday until 18 minutes ago.

I’m from Maryland but I think I’m spiritually from Alberta. Somewhere, there is an acre of land I need to dominate.

Anytime Natalie has one of those tight tank tops in Werewolf: “Somewhere in Emmett, Idaho, an architect is inspired to build a high school.”

My high school structure was two large white domes, side by side. Of course teenagers associate it with a pair of boobs. Most people here call it Dolly Parton Memorial High School.

Any show/movie filled around Vancouver will likely get riffed in this house.
I’ve mentioned shoots near me before so i’ll just point out a riff from before I knew what riffing was, should have been 1987, and I was in Grade 8 at the time.
The first episode of MacGyver Season 3, the first episode filmed around here, there was a scene of a vehicle driving, cut to it going over a bridge, cut to a remote location, and I said confidently to my Mom something basicly like “But that doesn’t go there!” after recognizing to get to the location of that last shot, they had crossed the bridge in the wrong direction.

If there’s ever a scene where a kid does well in school or whatever and there’s a line like “Johnny gets a gold star” I would love for a bot to respond “but he’d rather have Skyline” and then both bots start a Gold Star vs Skyline argument.

These are the names of the major Cincinnati Chili restaurant franchises, and for some reason people get kind of tribal in their love for one or the other. I myself don’t understand why they do that, because Skyline is clearly superior.

I’m just reminded of the Old Bay joke in Beyond Atlantis. Methinks somebody on the writing staff has been in the Baltimore area for a good while.

Anytime Natalie has one of those tight tank tops in Werewolf

The scale model of Monticello in Mitchell draws me to The University of Virginia, which was also designed by Thomas Jefferson. The school centers around a cylindrical building with a dome roof with a pointed window at the very top called the Rotunda. It is naturally referred to by some student wags as the “teat of knowledge”; this was formally presented in a recent book on Jefferson (the name was credited to me, but it is not mine). I could see someone seeing the National Capitol in a film and riffing it as the “teat of government” [see what I did there?]. It’s a stretch, but a fun one.

I don’t think of Old Bay being obscurely local, though. It’s almost as ubiquitous for cooks by now as Tabasco. You can absolutely find it on supermarket shelves out here. If you can’t find it, lots of websites will teach you an adequate mock-up.

Me? I just want the most inappropriate character possible to voice my pet riff for me. Say, a 15th C. Ninja, or a modern space alien with two heads. Or maybe a two-headed Ninja alien… who’s also a 35th C Amazon warrior duchess in love with Hercules. Anyway, naturally during a Corman-esque walking scene, this character will be quietly singing under his/her/their breath:

I’ve had these bank jingles from the 1970s NY-Metro area living in my head for over forty years now. High time I got some use from 'em.

True, but you find it frelling everywhere in Baltimore. I’ve seen a Wingstop add an Old Bay flavor, for example. (That and the association with crabs…)

If only someone would, like, you know, totally parody my neighborhood. It’d be rad.

I love Skyline, and I have never tried Gold Star. Like the jingle says, “Remember, it’s always Skyline time.” I’m glad that the Simpsons finally did an episode that featured Cincinnati chili, but apparently it was drawn in a bowl, which upset the director.

I feel like someone needs to put a “That’s the factory where they make Aplets and Cotlets” riff in a film. I first heard about them from Almost Live making fun of them, but they’ve turned into one of my favorite candies. For those who have never heard of them, think of either lokum, Turkish delight, or a powdered jelly - whichever thing makes the most sense to you.

If we’re talking this region, then that joke would also work for Almond Roca™.

Oh, and of course my riffing escapade would feature a Girl In Gold Boots-type intro to the big city. Except instead of L.A.'s demure bars and burlesque houses, it would all be the finest-quality N. Portland industrial sprawl, including:

So there’d be several riffing options: the awkward throat-clearing or whistling. The, “Sayyyy…” Or perhaps even a robot starting to proclaim, “Wow you know it sounds like they–” only to be forcibly shushed by a concerned host. 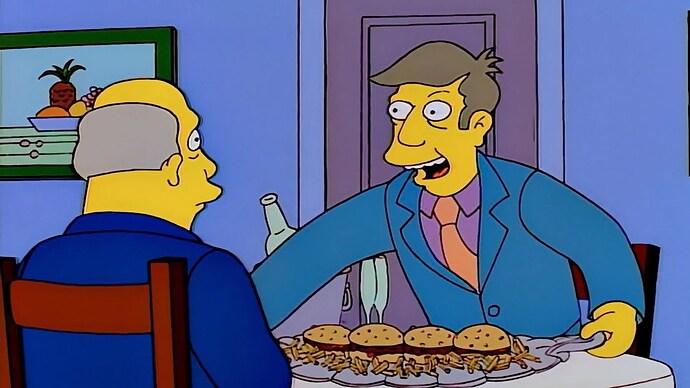 Served with a side of Mozz sticks w/ melba sauce, of course…

Re-watching Invasion Of The Neptune Men and thinking fondly of Neptune, N.J. When I was a young thing and in the bottom percentile of High School Jockdom, they had a much-feared Field Hockey team which played for blood and brooked no nonsense from the rest of us. I would totally find a way to work them into any Sci-Fi epic which mentioned the planet.