Our beloved Lawgiver, Mary Jo Pehl has lots of projects in the works and I thought it would be good to have a thread just for her to promote her stuff! Be sure to “watch” this thread so you can alerts on MJ!

MINNEAPOLIS! Happening tonight & Friday night at Strike Theater!!
Go see “The Dog Show” by Mary Jo Pehl as she talks about navigating life after loss with her dog Seymour. He’s such a cutie! 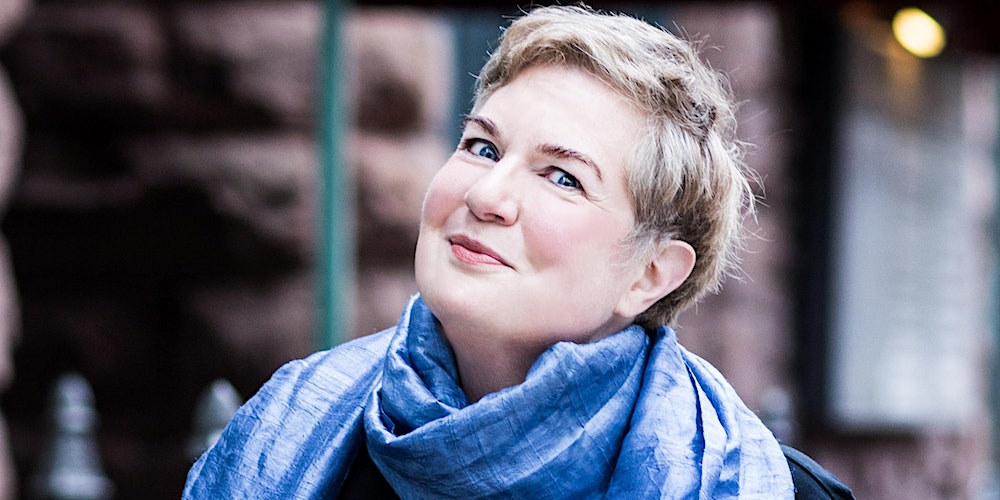 In this work-in-progress, Mary Jo Pehl talks about navigating life after loss with her dog Seymour. 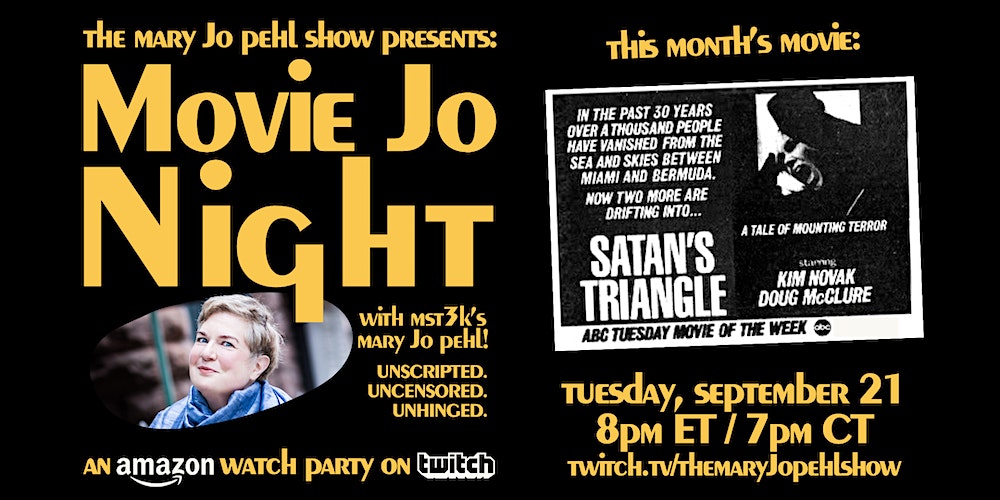 Just to clear up any confusion about tonight’s Movie Jo Night event:

Have Amazon Prime? Great! When we start the movie Twitch will ask you to login with your credentials and the movie will play in sync. That’s it!

Don’t have Amazon Prime? Keep the Twitch channel open so you can hear MJ, and watch SATAN’S TRIANGLE in sync courtesy of the Satellite of Love Discord Server: https://opentogethertube.com/room/mary-jo-satans-triangle

Need tech support or want to chat along with the Satellite of Love Discord Server? Join the server here: https://satelliteoflovediscord.com/

Also a reminder that Twitch seems to run smoothest when you have a strong internet connection. 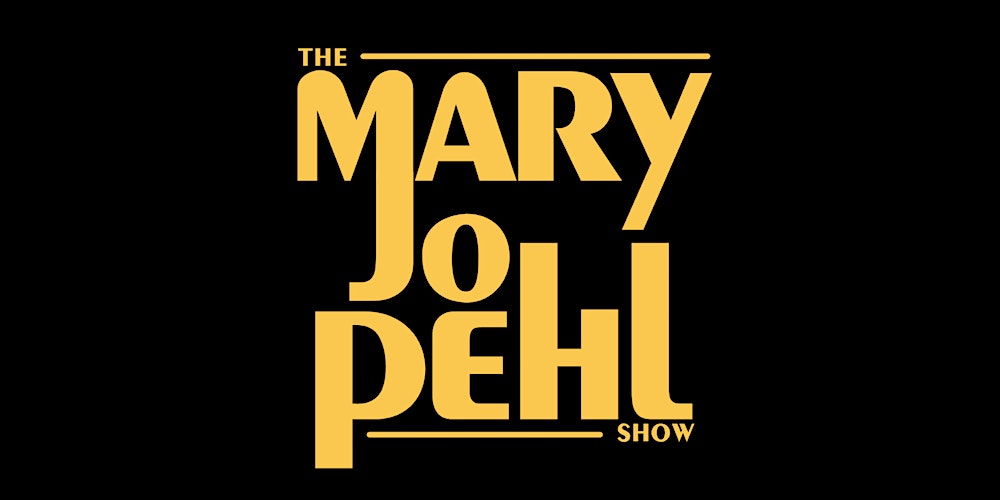 “I hope they offer downloads soon,” he says, credit card quivering in anticipation.

Sadly not at this time, but if you subscribe to the twitch channel (or have Amazon prime) you can watch it after.

The latest hare raising riff from MJ and Bridget is now available at RiffTrax.com

Frances and Her Rabbit

It’s a rainy day, and the humanoid Frances and her pet bunny Hopper have nothing to do.  After ruling out a cross-country bank-robbing spree, remodeling the kitchen, and space exploration, the two

This was really fun. She was such an intense, melodramatic kid.

HAPPENING TONIGHT!!! A free show and a chance to win your very own Mary Jo Pehl Show t-shirt!

Be sure to register to attend here: tmjps3.eventbrite.com in order to be registered for the drawing!

And watch along with me as we revisit the vlog of Ruth Larson! Tune in here: https://www.twitch.tv/themaryjopehlshow tonight!

We have no thread or discussion on the 4th episode. So, did anyone watch it?

I didn’t receive notification this time out and had no idea it was out, I just went to see what happened to it, and there it was. MJs cooking show.

They also announced that you could buy downloads - 4 bucks will get you an episode. You can find them at her store…

I forgot to post about episode 4. I think they are going to do a rerun soon

They are having a sale on ALL the Mary Jo Show episodes!! Store — Dumb Industries | Home of The Mads Are Back, The Dave Hill Goodtime...

Cyber Monday sale on The Mary Jo Pehl Show episodes! $2.99 each to download and keep, hurrah!

TONIGHT! The Mary Jo Pehl Show returns for its FIFTH episode, as I host the classic game show: TO TELL THE TRUTH!

Featuring secret special guests, and a PIMENTO JAR GIVEAWAY to one lucky person who RSVP’s: https://tmjps5.dumb-industries.com

In anticipation of the next upcoming episode of The Mary Jo Pehl Show, join original Mystery Science Theater 3000 writer & cast member Mary Jo Pehl as she watches a never-before-seen-by-her movie, along with YOU, on Twitch!

THIS EVENT WILL NOT BE RECORDED OR OFFERED AS A DOWNLOAD FOR LATER. The only way to watch this event will be to watch the live broadcast on Tuesday, January 4 @ 8pm ET / 7pm CT.

The monthly comedy-variety show features Pehl hosting an interactive hour of comedy every fourth Tuesday of the month, free to all viewers. Chris Gersbeck, founder of Dumb Industries and producer of the popular The Mads Are Back livestreams with MST3K’s Trace Beaulieu & Frank Conniff, produces.

Can’t watch live? Subscribe to The Mary Jo Pehl Show Twitch channel and you’ll be able to watch the replay at your leisure. FREE for Amazon Prime members!

Looking to download past episodes? Head to the Dumb Industries Online Store: https://dumb-industries.com/store/downloads

Hello everyone! A rerun of Movie Jo Night: THE DAY MY KID WENT PUNK (1987) is tonight at 8pm ET with Mary Jo Pehl watching the ABC Afterschool Special for the very first time.

You can RSVP for free here to get email reminders or just head to The Mary Jo Pehl Show Twitch channel at 8pm ET.