Master Pancake is an Austin, TX based riffing troupe, usually performing live at the Alamo Drafthouse but transitioned to Twitch during the pandemic to show past live recordings.

Occasionally they are joined by MST3K alum. I was lucky enough to see them perform live with Mary Jo, Frank, and Trace a few years ago in Dallas where they riffed Theodore Rex.

They also occasionally have cast from the film join them for the riffing. For example, Sean Young riffing on Dune. Just crazy.

Their weekly livestreams are worth checking out on Twitch.

They do an extensive weekly schedule and it’s been so great to be able to tune into their craziness. Since they’re based out of Austin, they do live riffs online of 911: Lone Star and occasionally do live riffs of Wheel of Fortune in addition to some classic archived riffs they’ve done in the past. The Breakfast Club is an all-time favorite.

I know John wrote for the Yongary episode and I think Joel has sat in with them for a show or two as well. The more riffing, the better!

“The more riffing, the better!”

Couldn’t agree more! And yeah, their Twitch stream does have quite the schedule, usually 3-4 nights a week, sometimes multiple movies a night.

Something they do that is unique (as far as I know) is splice scenes from other movies into the film they are riffing. For instance, if a character is running through an industrial/warehouse environment, all of a sudden they cut to Kevin Bacon dancing in a warehouse from Footloose. Gets me every time.

I’m a big fan of the Yakety Sax bit where they speed up chase scenes and add in the Benny Hill classic theme.

Ok, good news. First time I’ve ever watched Master Pancake. May be a new fan. Will investigate this.

Bad news, I can only give you one like. I wish I could do more.

Thank you for using your powers for good.

Oh, and a fellow Tennessean! I’ll be in your neck of the woods (as is said in the native language) this November for the Memphis convention to meet Mr. Hodgson!

I will be there in November, too

Can’t believe Joel and Wayne White (Pee-Wee’s Playhouse puppeteer/designer) will be there together. Going to be a great night.

They are amazing! I’ve been loving the Twitch streams. Alamo on Demand has their riff of Hard Ticket to Hawaii with Trace and Frank. I was at that show and it’s top notch!

Oh man, I had not seen this one before. I know their skits can get crazy but this is absolutely wild!

I found out about Master Pancake when Mary Jo tweeted about them sometime last year, she sometimes appears as a guest on their Twitch stream when they do one of the films she participated in riffing.

I live in Austin and have been a big fan of this group for years. This week, they’re doing a bunch of cyber-themed shows and movies. Their twitter feed has info.

Thanks for the bump and the schedule. MPT’s take on Roadhouse probly took a year off my lifespan I laughed so hard.

Oh, these folks are about to get a regular audience member! Wish they were doing live shows!

They’re really top notch. The best doing regular live riffing. I will love to see them in Austin when they return to live shows in the future.

Was thinking about making a post about Pancake, but found this one first. So responding to revive it.

Also Friday night’s riff of Tuff Turf was epic. I can’t get that 17 minute long rendition of Twist & Shout out of my head… 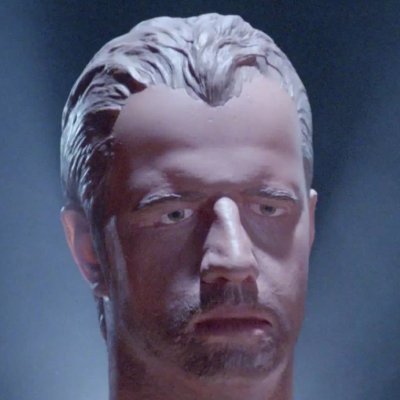 Anyone joining the Pancake riff of Deep Blue Sea tonite?