Good news coming out of Turkey Day, as (the company I’m likely a large investor in) Vinegar Syndrome just announced a SANTO movie will be part of its VSA collection this month: 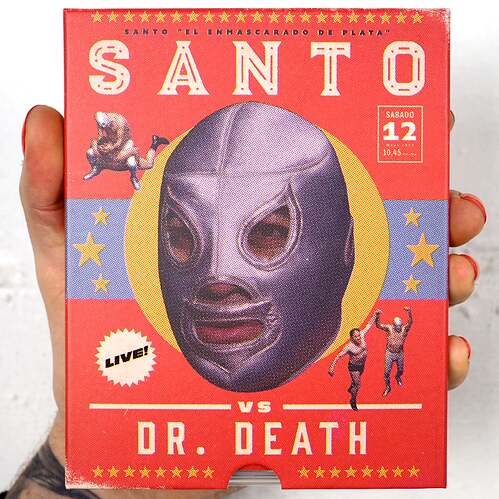 LIMIT 1 PER CUSTOMER Subscribers: This is NOT included in your Subscription. If you'd like to purchase it, you will need to login to view your special 50% off SRP pricing.Flash-Preorder 'Everything'

(potential content warning in trailer: a flash of gore in what appears to be the context of surgery - apologies if I broke any rules, will remove from post if necessary)

Santo vs. Doctor Death seems WAY too similar to in the Treasure of Dracula except it was released four years later, and, unfortunately, Perico is nowhere to be found

Additionally, the Indicator label will be releasing two early Santo films stateside in either December or January. 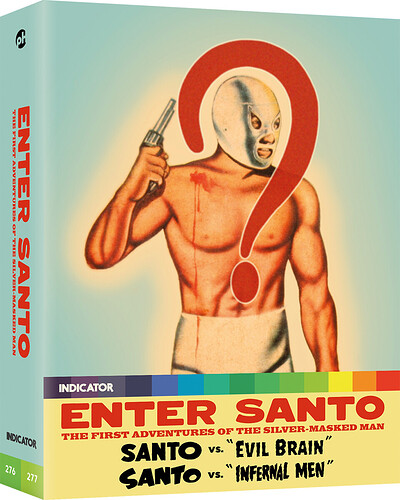 ENTER SANTO: THE FIRST ADVENTURES OF THE SILVER-MASKED MAN - LE

Both Santo releases have some pretty impressive special features. Can’t wait to hear how the English dub on Doctor Death compares to the dub featured on MST3K 1301.

(Still kinda makes me wish for a proper release of Santo in the Treasure of Dracula as there are apparently three different versions — the black and white edit, the color edit and the “sexy” version, all of which have language variants. From what I’ve heard, the VCI blu-ray doesn’t have all three cuts, plus there’s footage that was edited for time/content in the MST3K cut, like the wrestling match scene that apparently is as long as a normal wrestling match).

I’ve been seeing the English dubs of these films show up on streaming channels like Midnight Pulp, and the almost hyper-literal nature of them ads a whole other layer of surreal hilarity of it.