Movie fans - What Genre Are You?

Criterion is selling Tee Shirts and asking that very question - for giggles I’ll put that question to the forum, what Tee(s) would buy - or rather, what’s your favorite genre (I’ve allowed up to 3 votes) 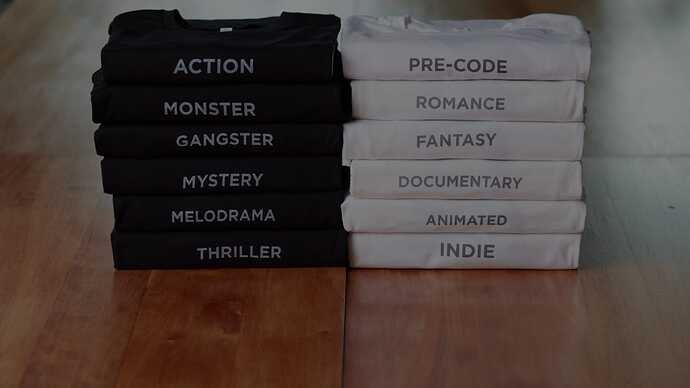 What genre are you? Whether you're a screwball, a monster, or more the silent type, we've got you covered.

I might actually grab one of these, or ask Santa for one. They are simple, but sweet, and they have the Criterion logo on the back.

But if I could only afford 3, Western and Noir for certain. For my third, mmm, I love animation, indie, screwball… but I think I have to go Silent.

BTW - I wonder if that’s a typo, or if Avant-Garde is really printed backward (I’d love it if it was)

Sci-Fi, Fantasy, Animated. My favoritest genre of all, Superhero, encompasses all these things nicely.

I don’t watch that many movies, but I chose Musical, Screwball and Pre-Code. I think most of the movies I like would fit into one of those, with things like the Python movies, the Christopher Guest movies and Network maybe fitting into “Screwball”. There wasn’t a choice for just “Comedy”.

I get the sense this is different from a lot of the people here, who seem to generally be fans of Sci-Fi/Fantasy/Horror. A good example of this was when I didn’t know who Jeffrey Combs was when Doctor Mordrid premiered and everyone else seemed to be familiar with him.

Your right, I had to check and see if I missed it, but nope, no comedy. Interesting that they narrowed it down to screwball, though that does make for a more amusing Tee…

In fact, I’d like to walk around with “screwball” printed on my shirt, that would be a laugh and a half.

In fact, I’d like to walk around with “screwball” printed on my shirt 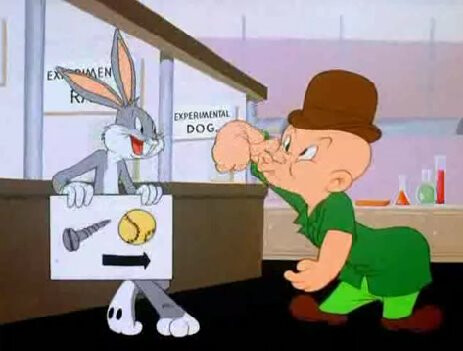 Too many for the poll:

Basically, anything that isn’t a chick flick.

I looked at my Letterboxd stats, and it says my top 3 most-watched genres are Drama (which covers a lot of ground), Comedy, and Romance.

Western isn’t in my LB top 10, but that’s more about the fact that the western had a relatively narrow window of popularity, with the 50s and 60s being their peak period. Theirs just not enough of them to compete with the top genres 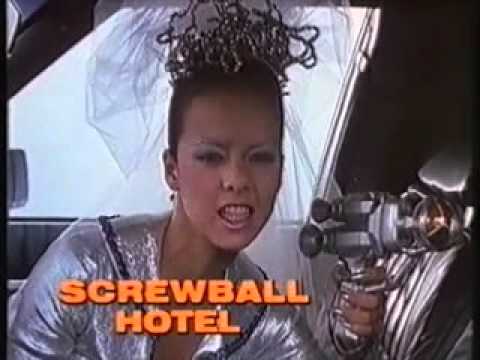 …is that kinda The Princess Bride?

It seems like a decent poll. I hate to kill it.

I picked Noir, but that’s just because deviant, hardcore…movies… wasn’t one of the options.

Romance? Is this a kissing poll?