As the subject title suggests, this round of MST3K trivia concerns the Oscars, because even the best have to start somewhere or occasionally slum it, and sometimes a fellow gets lucky.

Bonus Question: One of the co-accepters of these Best Picture awards, though not having worked on an MST3K film, had been involved in a movie that helped inspire the show’s premise. Who was it?

This would take some serious research.

Trivia-wise - I do know off the top of my head that the 38th Oscars had 3 riffed supporting actors nominated… Frank Finley (The Deadly Bees) as Iago in Othello, Martin Balsam (Mitchell) who won for A Thousand Clowns and Michael Dunn (Ship of Fools) was in CTs Frankenstein’s Castle of Freaks

Most wins? Maybe Livingston and Evans (I Accuse My Parents), they won the Academy Award for Best Original Song three times

If anyone wants to go through every year of the Academy Awards, start here 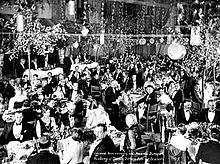 The 1st Academy Awards ceremony, presented by the Academy of Motion Picture Arts and Sciences (AMPAS) and hosted by AMPAS president Douglas Fairbanks, honored the best films from 1 August 1927 to 31 July 1928 and took place on May 16, 1929, at a private dinner held at the Hollywood Roosevelt Hotel in Los Angeles, California. Tickets cost $5 ($79 in 2021, considering inflation); 270 people attended the event, which lasted 15 minutes. It is the only Academy Awards ceremony not broadcast on either...

And to start you off. 1st Oscars - Karl Struss, who won for best cinematography, also shot The Rebel Set and Rocketship X-M

This is quite the head-scratcher. I don’t know if I can give a full answer, but I can contribute some names:

I think I can answer the bonus question: Douglas Trumball contributed to the special visual effects Oscar for 2001: A Space Odyssey (word is Kubrick took all the credit and award for it), and went on to direct Silent Running, a direct inspiration for Mystery Science Theater 3000.

Nothing, not even a nomination for his work on Bond, weird.

Remember Tommy from Pod People? His real name is…

John Barry is my favorite composer!

Of course there’s Marooned/Space Travelers, the only Oscar-winning film to appear on MST3K (it also received nominations for Cinematography and Sound). And it also has Oscar winners Gregory Peck, Gene Hackman, and Lee Grant in its cast!

Two actors in MST experiments have gone on to become directors of Best Picture winners:

Ron Howard for A Beautiful Mind

Xenos in Outlaw
Mike in Angels Revenge
Omus in the HGWTSoTtC

And of course, Ernest Borgnine did win Best Actor for Marty which also won Best Picture that year.

After directing The Painted Hills Harold Kress would win Best Film Editing Oscars for How the West Was Won and The Towering Inferno.

Contender for most Oscars…hows about… Rick Baker?

And 4 nominations and 7 Best Makeup Oscars for:
An American Werewolf in London
Harry and the Hendersons
Ed Wood
The Nutty Professor
Men in Black
How the Grinch Stole Christmas
The Wolfman

My favorite composer also. Especially for Dances With Wolves. But You Only Live Twice was a good one also, amongst others.

Thunderball, The Lion in Winter, The Last Valley, and Raise the Titanic are some of my other Barry favorites. So much amazing work!

And now the moment you’ve been waiting for: