MSTies in the Wild! We are everywhere!

MST3K Central Meetups and Other Fan-Organized Events
HtomSirveaux August 1, 2021, 1:58am 12 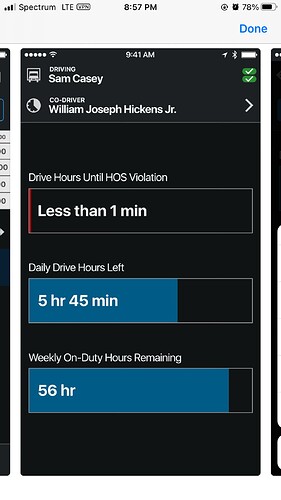 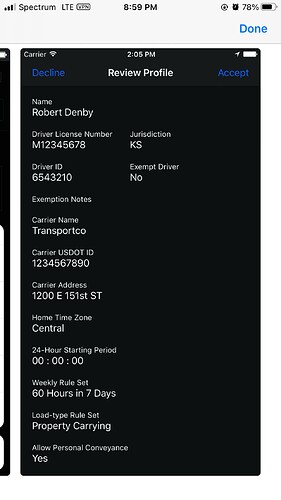 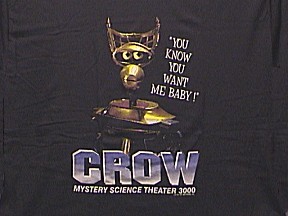 Wow, I want one. Never knew these existed. So cool.

Not sure you can get them anymore, at least not in that style (which was seen on the episode). But yeah, it was cool, I wore it out but probably have it in storage somewhere. I also still have my old Mads T 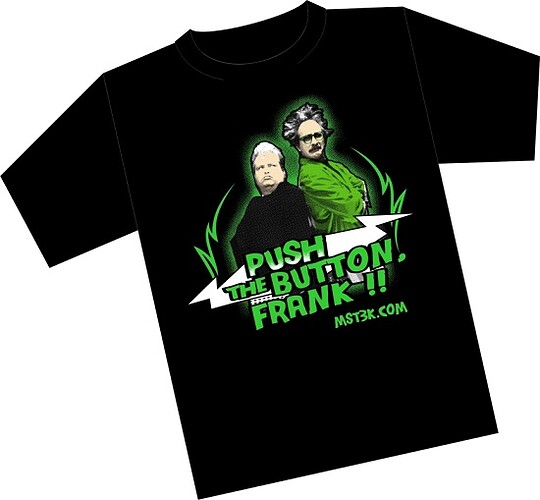 And sorry I didn’t respond earlier (with a like or a comment), but I never received notification of a reply and only just saw it by happenstance.

Looking around I see a few instances where I’ve not received notifications, so if someone out there has asked me a question that I’ve not responded to, I apologize. I just didn’t know.

Edit - I went into my profile and filtered “unread” on notifications, and am now all caught up. Wonder why they didn’t pop up the usual way (via my avatar in the upper right?) Ah well, now I know to check my profile once in a while

I remember travelling to Cincinnati for a concert, and we went to one of their museums, and I was wearing my Crow “You Know You Want Me Baby” T-shirt - the ticket seller was a fellow MSTie who thought that was cool, and he gave us a discount. (I think he asked if we were students, and we said no, and he went, but you have a Crow shirt, so you get a discount. lol)

If only all establishments had some kind of MSTie discount…

I was wearing my Turkey Volume Guessing Man shirt in line at the grocery store, when the older gentleman in front of me noticed and said he used to stay up and watch the show all the time. He said, “They don’t make ‘em like that anymore,” so I got the pleasure of telling him that, yes, they still do!

Well they do make 'em dif’rent these days.

I was wearing a red GOT MST3K? badge pinned to my purse. The guy behind me in line at the grocery store said “Excuse Me? Yes. Yes, I got MST3K! I thought I was the only one!” We Hi Keeba’d and Watched Out For Snakes and ended up singing a Patrick Swayze Christmas together. Everyone within hearing distance was clueless.

Mom, how did you and dad meet?

Yesterday and now, I was eating some Skittles, until I realized that all 5 colored pieces remind me of Crow, Servo, GPC, Waverly, and Growler waiting for me to eat them. 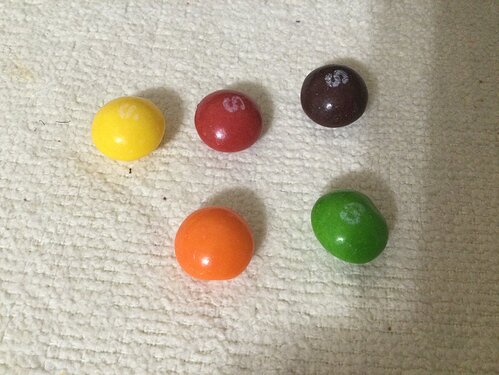 My vanity plate reads “MST3K” , so when we had a new hire start, (and he saw my car), the first thing he said to me was PACKERS!!!

I had a student last summer who had a MST3K t-shirt and I complimented her on it, telling her that I loved the show. Alas, I can’t wear my own MST3K t-shirt to teach in because I’m not allowed to wear t-shirts.

Sew it into a poodle skirt.

I don’t wear poodle skirts, but that’s a fun idea.

I got on a plane wearing my ‘MST3K: The Movie’ T-shirt and the flight attendant said, ‘There was a movie? I didn’t know there was a movie! I’ll have to go find that!’

I also have a Hobbit T-shirt I got in New Zealand that attracts fellow nerds, too.

Spotted in the wild MST3K Central

I stopped by a used bookstore with my partner today, and a certain book in the window caught my eye… [image] It was quite a surprise seeing a book adapted into a riffed movie in the wild! I’m sure they said it was an adaptation in the opening, but it didn’t really register until now. I wonder if the original stories are any better?

Not quite the same, but something I got a kick out of seeing out in the world!

Funny. The movie is the only MST3K I’ve ever seen on broadcast television to this day here in Canada.

The rest of the Canadian store of MST3K was lost in the great Prince Edward Island explosion of 1998.

You know what. This does remind me of a brief incident from years ago. I was working at a concert, and I was moving from one side of the hall to the other by crossing across the back of the crowd. I had just gotten in position to shoot when someone who had been following me through the crowd caught up to me. He had to shout to get my attention, but he had followed me just to say how much he liked my shirt.

I was wearing my MST3K moon shirt.

oh, by the way, I was taking pictures. Not actually shooting anybody. Though the shot I would get from there being a shot…