A launch can abort for any number of reasons right up until the instant the SRBs light. Only then is Artemis I committed because there’s no way to shut them off. The Shuttle repeatedly demonstrated that over the years, and SLS has the same bloody main engines. Literally the same engines: they’re all refurbished and upgraded “flight proven” engines from the Shuttle program. Only this time they’re not coming back.

Yeah, that’s why I said “it might actually go tonight” not “it will go tonight”.

The only thing anyone knows for sure about tonight is what the lion’s going to be doing.

In the jungle, yeah. But what about the lions that aren’t in jungles?

“What are we doing tonight, Braion-O?”

“The same thing we do every night, Pinkthro — try to take over the world!”

Almost 37 years, and the phrase “go at throttle up” still makes me flinch.

Same here. I was shocked to read about that found piece. It’s surprisingly large. If this one has surfaced after all these years, more are surely to come eventually.

Orion and the ICPS are in orbit. The core stage actually performed as advertised without any unexpected fireworks.

Well, I guess I can feel comfortable with nothing going disastrously wrong now. So time for bed. Let’s look forward to the splash down in a month.

NASA’s Artemis Real-time Orbit Website (AROW) is up and running for live tracking. 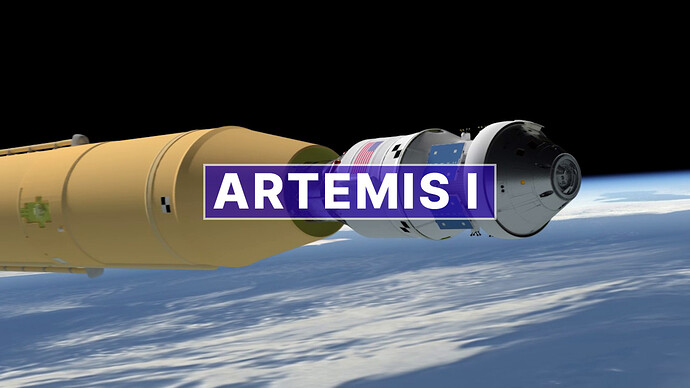 Artemis I will be the first in a series of increasingly complex missions to build a sustained human presence at the Moon for decades to come.

Secret data. Man’s next rocket to the Moon. 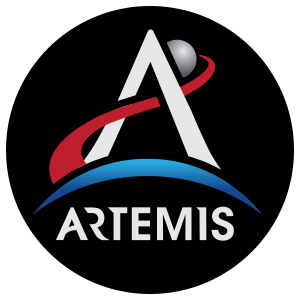 @NASAArtemis
As @NASA_Orion begins the #Artemis I mission to the Moon, the spacecraft captured these stunning views of our home planet. https://t.co/Pzk3PDt7sd
1 Like
TeriG November 16, 2022, 12:55pm 115

tried staying up for it, but when their 30-minute hold was extended I had to give up. Glad it was a successful launch!

Were you watching all the other times when it failed? 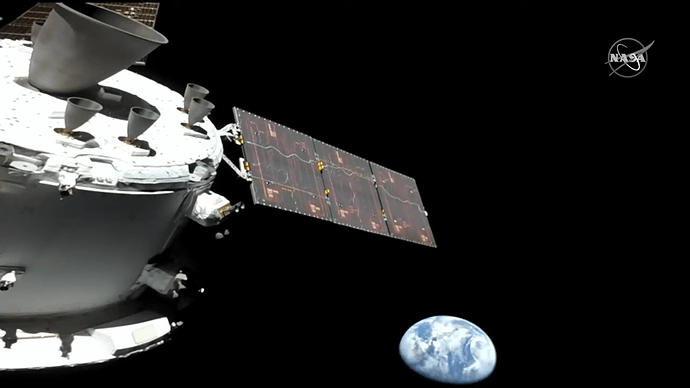 From yeast cells to a Snoopy plush doll to Amazon Alexa tech, here are some of the strangest things on board the Artemis 1 mission.

Orion did its powered flyby of the Moon this morning, passing 80 miles above the lunar surface. This helps put the spacecraft in a Distant Retrograde Orbit (DRO), where it will remain for about 6 days. Wikipedia says this is NASA’s first test of the theoretically very stable DRO.

Here’s a nice video frame from Orion just before passing behind the Moon to perform the maneuver. It includes the Earth, the Moon and the spacecraft, from the vantage point of a video camera located at the tip of one of its four solar panel arrays. (The “signal loss” mentioned in the image refers to the temporary loss of radio contact while the Moon is between the spacecraft and Earth.) 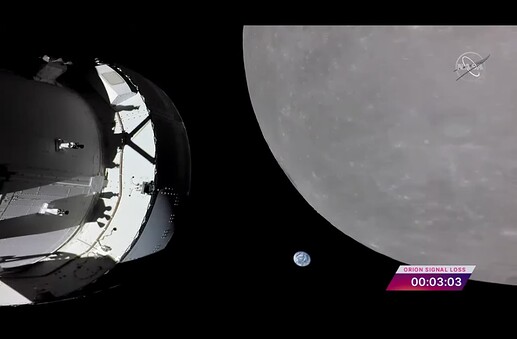