Anyone know where can I watch all the old episodes of MST3K (preferably with subtitles so I can read what they’re saying) or where I can buy them?
I’ve tried watching some on YouTube, but the quality and subtitles aren’t good.
Any help would be appreciated.

You can buy physical media from http://shoutfactory.com and you can get digital episodes from http://rifftrax.com. Or, you can watch on twitch or pluto.tv - both have MST3K channels streaming 24/7. Amazon and Tubi both have free episode to stream. And if you’re a Kickstarter backer, the rewards survey is coming soon, and you can upgrade and add the digital episode packs. They aren’t exactly cheap, but you get TONS of episodes that way. It works out to a very reasonable cost per episode for loads of episodes.

Subtitles are tricky with MST3K (see this post). ShoutFactory has captioned about half the episodes on disc. I suspect most (if not all) streaming services require subtitles for everything submitted to their platforms, but quality can vary. My guess is YouTube is using machine learning to automatically generate subtitles, with predictably disastrous results, especially for something as nuanced as MST.

I, too, am a big advocate for owning episodes, physical or digital; it supports the creators and liberates us from the whims of streaming services, where shows/episodes can vanish anytime.

You should be able to buy them a la carte from the Gizmoplex once that comes online, too. At least that’s the scuttlebutt…

What I’m hoping for is that when the Gizmoplex starts selling episodes, that those episodes that have subtitles (as they appear for certain episodes on the feeds for Pluto TV and Shout Factory, and even classic episodes on Netflix if I remember correctly).

Not meaning to take this thread away from its original intent, but it’s something terrific to have closed captioning for MST3K episodes. I’m assuming (and hoping) that Season 13 will have captions, too.

I feel very confident that season 13 will have captions and/or subtitles. I think they’re an ingrained part of post-production today – a movie/show/episode isn’t complete until it has them. It’s the stuff made years ago that’s probably a headache for distributors like ShoutFactory, because it’s an extra layer of work.

Also, hat’s off to the MST3K Captions channel on YouTube: https://www.youtube.com/c/MST3kCaptioned/videos

They took care to apply their own rather helpful (and fun) captions to these MST3K episodes (so far) :

THIS looks like a job for… open source crowd subtitling!

Seriously! How different is subtitling an existing MST3K episode (that has a decent audio track to work with, that is) from writing text-based riffs to movies? And there’s already a project to do the latter running here in the forums!

UPDATE: We are now in the voting stage, at least until early September. We are finished collecting riffs, but you can still join to vote for your favourite ones to assemble the final script. Message me for access to the Google sheet with a Google account to join. This post is still a great place to get feedback, bounce ideas around, and do some fact checking (I’ve watched this 12 times now, so I’m pretty much an expert!) [TIPW Movie In The Hole] Recognition to @DeepHurting for the excellent …

uRiff The Extended World of Riffing

As I stated in this thread: I’m working on a Desktop app to assist people to collaboratively “riff” together, create “Fanficisodes”, and export them in some sort of format, either just as a subtitle file, and/or a custom format that can be used by my future program to play back the Fanficisode. I’m going to use this thread to chart my progress in making the program, as well as to elicit opinions from the community on what such an application should include. For starters, I have a basic “temp… 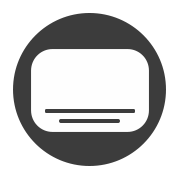 Download subtitles for movies and TV Series, search in many languages from a multi-language website. Daily uploaded thousands of translated subtitles. API available

And it shouldn’t be hard to organize something.

I can’t thank you enough for this!