The event replay of the Overdrawn at the Memory Bank Riffalong doesn’t have any audio. The Riffalong-free version has audio, but the Riffalong version is silent.

Hm… the Riff-along version’s working fine to me. Is it the theater, or the Gizmoplex website you’re having trouble with?

I’ve tried both through the Gizmoplex and the direct link REPLAY 112: A RIFFALONG Tribute to... OVERDRAWN AT THE MEMORY BANK - EVENT REPLAY: A Tribute to OVERDRAWN! - MST3K: THE GIZMOPLEX

can confirm in the Gizmoplex theater, the audio does not work for the riff-along version.

EDIT: the audio is also missing from the VHX site version.

The audio is missing for me from the entire short on the riff-along version, but picks back up as soon as Matt introduces the livestream.

No audio on AppleTV, Roku, or iPadOS apps Tuesday night.

Question: where is the Riff-along-free version? Matt said in the livestream intro that it’d be put up but I’ve been checking back both on the Roku app and the Gizmoplex site and I’m not seeing it anywhere. Am I yet again missing the obvious, or is really not there?

It was there Tuesday night.

It’s hard to see, but there are two versions in the Theater: 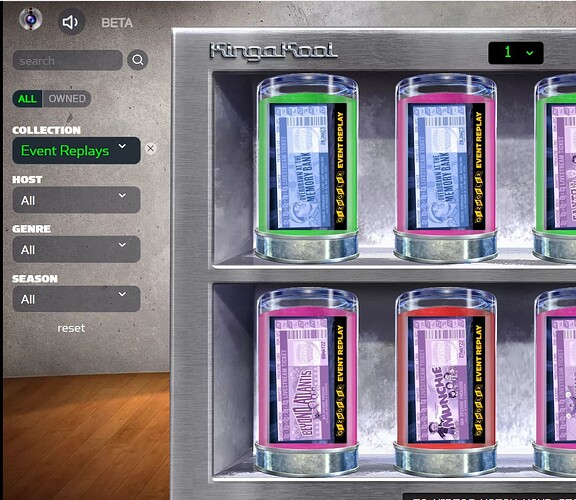 the first canister is the riff-along:

the second is the tribute without the riffalong

The same is true for the VHX site: (though the order is reversed) 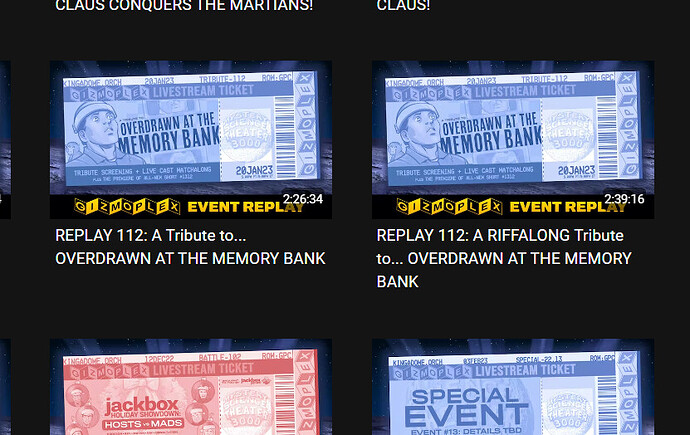 You can also see the direct link to it in those screenshots. 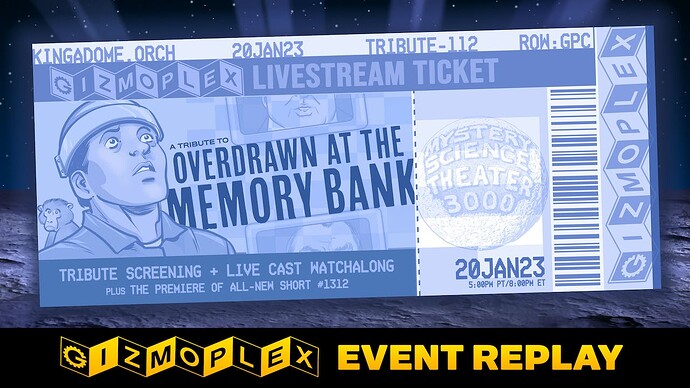 Want the livestream riffalong version? View it at https://mst3k.com/livestream/jan20/riffalong ---- Already have a Gizmoplex Pass for this event? Don't buy it again – just look in your pass! Go to: https://mst3k.com/findmypass ---- Rewatch our event...

So I went back to the Gizmoplex to check again, and it still wasn’t there. I clicked to other categories (Vault Picks, etc.) then back to Event Replays and there it was. Then I went back to the Roku app and it showed up there too! I’m not sure what was happening there but I’m glad it’s fixed. I haven’t had this happen before since first using the Gizmoplex early last year.

Can confirm. In the Gizmoplex screening bunkers the Riffalong version has no audio. Not even the alert sound when going into the theater.

If all the audio is gone, then people can’t complain about the new riffing being so much louder than the episode…

Working on a fix for this now. Thanks for letting us know.

No audio today. I had a friend over to watch it, and we ended up watching Star Trek instead.

So…weirdly, there are two “Tribute” versions of Overdrawn at the Memory Bank.

The purple one has no audio, the red one does.

One of them is the livestreamed Riff-Along version (no audio) and one is the standard version without Jonah and company’s commentary (audio working).

This should now be fixed. Please let us know if you still don’t get riffalong audio during the movie!

I had to refresh the vault search in the Gizmoplex, as I think it had the non-audio version cached in my results, because when I tried to load it, it said I wasn’t authorize to view it.