Was that Penn Gillette’s voice in the Turkey Day marathon in the intermissions?

Also, is there a place people are chatting during the marathon?
Edit: found it it the most central section

Also, is there a place people are chatting during the marathon?

It's your open thread for TURKEY DAY 2022! MST3K Central

[8] It’s nearly here!! TURKEY DAY officially begins at 7am ET / 4am PT on Thursday, November 24! This year’s event features TEN episodes – including two from season 13! – for one of our biggest Turkey Days in nearly 30 years, so we’re starting extra early. PLUS, this year’s classic episodes will be undergoing our special SURGICAL ENHANCEMENT process, which… well, the marathon will explain. You can watch on the usual channels, but we’re hoping you’ll join us in the Gizmoplex this year to watc…

THAT’S who that is?!

yep, he’s been on the last couple live events too. feels so right.

now if we could just get some good quality bumpers from back in the day… it’d be like a time machine. 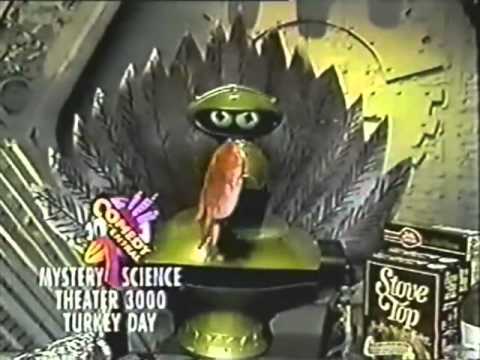 Isn’t that great? Penn was the voice of Comedy Central back in the day. Just hearing him now takes me right back.

It was one of those things I didn’t think was necessary until he returned.

Penn is a MSTie himself, from way back. He hosted a half-hour promotional special about the show back in the early years of Comedy Central.

And I believe he quit Comedy Central precisely because of the way the execs were treating the show.

Yeah, I love all the promo’s that they have been doing recently with Penn.

According to Reddit, @timryder directed the voiceover sessions. Have any great stories from those sessions ,Tim?

Don’t misspell Penn’s name or remove the space between his name and ‘is’ or there’s a problem.

Only that Penn was a true enthusiastic professional who blazed through an hour’s worth of material in about 35 minutes. I only had to correct a couple pronunciations and give him a couple notes on delivery. Otherwise, he just nailed it all. I think he was genuinely excited about doing the VO for MST3K again. It was cool to see.

Cool to hear as well.

he was genuinely excited about doing the VO for MST3K again

Honestly, that’s the vibe I got too. I can just hear the “wow!” after he says you’re watching Mystery Science Theater 3000.