What are you shooting? What gear are you using? Who’s inspiring you?

I didn’t see a general photography thread, so I figured I’d start one and see if there’s any interest.

I was a Nikon shooter for years. Last Nikon body was the D3s, which I sold when I moved to Fujifilm. I got into Fuji with the X-T2 and X100s. I’ve never felt compelled to upgrade from the X-T2 till now (pre-ordered my X-T5 yesterday morning). I think the X100 series is the love of my life, though. I’ve owned every model from the S to the F, and honestly, I would have rather had Fuji announce yesterday that the X-T5 would be coming in 2023 so they can allocate resources to bumping up production of the X100V. ;c) Still more than happy with the X100F, though, which is my everyday go-to.

Inspirations include Gregory Heisler, Joe McNally, Dan Winters, Zack Arias, and, of course, David Hobby, without whom most of us would still be intimidated by manual OCF.

Welcome to the Forum!

I use my Google Pixel’s camera because I haven’t gone down the rabbit hole of actual camera equipment. It does well enough for me.

There are a couple threads that are photography-related you might want to check out:

Nature photography: show us your best pics Off Topic!!!

If you’re the type to spend half your vacation peering through a camera lens, come share your work with us here! Landscapes, plants, great sweeping vistas or macro photography. There is already a separate thread for wildlife photography, so if your picture includes our feathered, scaled, or furry friends, please post it there. (There’s also a thread for pets.) This thread is for general nature photos. Here are some examples to get started. [closeup of the lacy root of a bulb flower] [a larg…

Yes, saw those–some great stuff on there. I was thinking it would be nice to have someplace to more generally discuss gear and geek out about what’s going on in the world of photogs, not specifically related to landscape/nature. Most of my favorite shooters do environmental portraiture, but would love to hear from others with all kinds of backgrounds (street, still life, whatever…).

That’s cool. While I can’t speak to gear, I will say most of my pictures are of sunrises/sunsets, my kids, our cats, and trips. Sometimes other stuff just catches my eye and I want to show someone else. I don’t have any photographic inspirations other than I hope I take a picture I’d like to look at again.

Having something to geek out about -is- a wonderful thing, and we definitely appreciate the geeking out from folks like yourself, so thank you for sharing your enthusiasm, interests, and background in all of this.

Also, welcome to the forums, glad to have ya here!

Some of my antique cameras:

I’ve only ever used one of them to take photos, back in the late 70s, since they still seem to make 120 film I could still use a couple of them.

My folks got me a kit for developing 120 film and it had a box for doing contact prints. Then I built a darkroom in the basement with an old enlarger and started doing 35mm B&W using my dad’s Argus brick camera.

When digital came a long I was back using Olympus with their point and shoot stuff, then back to Canon for DSLRs. Started with a 10D and still have a 40D.

Best optional equipment I’ve got is the IR flash transmitter and 2 flashes, being able to play with lighting is a lot of fun.

Last several years I haven’t used the DSLR much, these days I just use a Panasonic Lumix FZ80 (or my Samsung phone).

I went through a photography phase in my teens/early twenties and even had a nice SLR camera. Then doing it just gradually stopped appealing, but I still appreciate great photography.

One of the photographers whose work really impressed me was Yousuf Karsh, who specialised in portraits of famous people. There’s a gallery here - Photographs by Yousuf Karsh - Portraits - National Portrait Gallery - although quite a few of the notables are British politicians, scroll down and you can see his work on a wider variety of subjects, including Angela Lansbury, Ralph Vaughan Williams, George Bernard Shaw and Alfred Hitchcock.

I love the antiques!
We have some ancient cameras as family heirlooms, due to an ancestor (on my mother’s side) being a bit of a pioneer in the field.
A few years back, we sent off a lot of his work to the museum at Cardigan, and you can see a small sample here: Humans of Cardigan: The Photographs of John Turnor Mathias – Archives Wales

Those antiques are gorgeous, very nice!

Karsh’s work is a treasure. I LOVE the cigar anecdote associated with his famous Churchill portrait. That took some guts!

I don’t seem to have any photos of my box cameras, or my dad’s Argus C3 with all the accessories in their leather cases.

I did find the list I made of the folding cameras:

I shoot all color film these days but I took multiple B&W film classes in high school and college. I do kind of miss working in a darkroom…

For digital, I have a DSLR, Canon EOS Rebel T3, that I don’t use much anymore. And then my phone, which right now is an iPhone 7.

Inspirations, hm… I saw a William Klein show recently that I loved. Francesca Woodman, Cindy Sherman, Sally Mann, Tomoko Sawada…and then just like, a bunch people that I follow on DeviantArt and Instagram ¯_(ツ)_/¯

I shoot tintypes and glass negatives with this beauty from 1880. It’s a Hunter Tailboard Camera called “The President”. 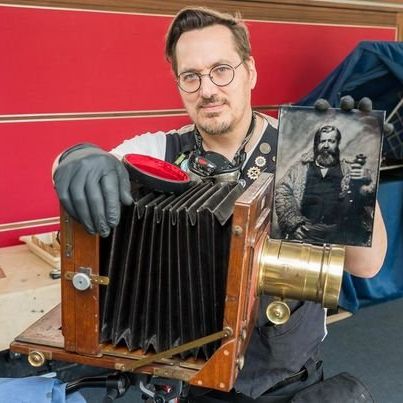 Mainly a Nikon man here (a late-model F and a D40), with a line in Minoltas and a few other strays. And I rely on the camera in my phone a lot, of course. I have my late Uncle Mike’s gear, which includes developing equipment, but alas I live in an apartment that lacks the room (and the light-tight facilities) to set it up and use. The Nikon F was his, so of course I call it the Mikon. 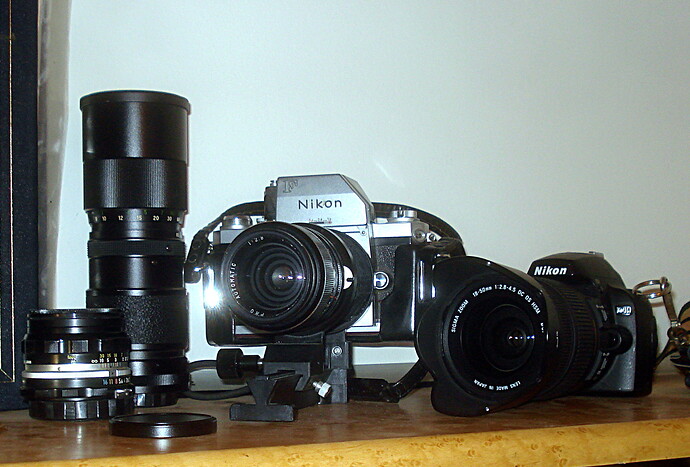 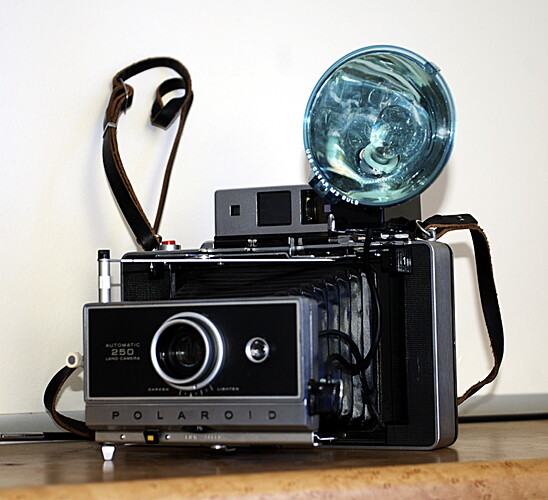 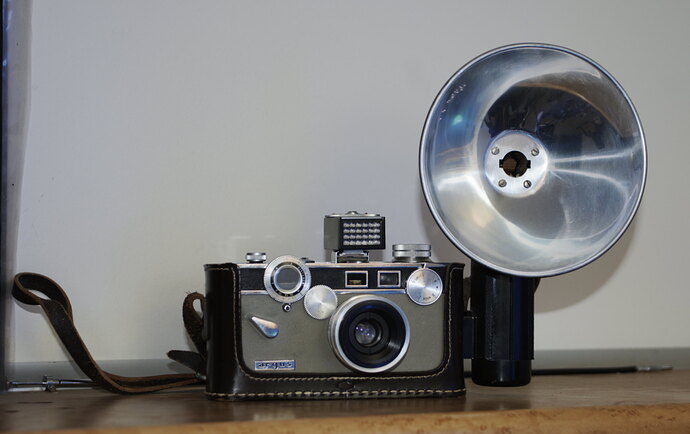 Forgot my influences. I would like to say Stieglitz and Liebovitz, but my style isn’t really anything like theirs, I don’t think. If I had an artist’s statement, it would be, “I just try to notice things.”