Woo, this is great! And hurrah more exploration of the canon. Discovery is fun but it’s way off script.

Capt. Pike was the only thing I liked about ST: Discovery, so I’m hopeful about this series. Have they announced a premiere date, yet?

I LOVED Pike and I really grew to like Peck’s Spock…I can see him growing into Nimoy’s Spock, which I never got that feeling off Quinto. Anyhoo…

No, no premiere date yet, though they’re done with filming unless they need a reshoot or two. If I had to guess, I’d say early next year. Though earlier the better as far as I’m concerned!

Discovery is fun but it’s way off script.

That being said, I’ve watched all of Disco and am looking forward to S4.

I’m even more pumped about SNW. Pike was the best thing about Disco S2, and according to the Powers That Be, this is supposed to be a more episodic show as opposed to the story-arc format. This really has the potential to be the best thing to happen to Trek in years. So freaking psyched!

I’m enjoying Disco too, but I really treat it as its own thing. The retconning of Spock’s sister, the mycelium drive, and holographic communications tread an uncomfortable line about introducing a lot of elements just to make the reveal of when the series takes place more shocking. But I do still like it.

I suspect I’m going to like SNW a lot more, however. About the only thing I enjoyed about Enterprise was seeing all the classic races getting attention, since the Federation was much smaller then. I’m hoping SNW does that again with better main characters and a more compelling setting.

Making Michael the captain at the end of S3 really killed it for me. I wouldn’t let that reckless jerk take care of my pet poodle (which I do not have).

A Trek set in the far future where the Federation is fading could have been a really good series if they’d started fresh.

Making Michael the captain at the end of S3 really killed it for me.

“Spoilers, sweetie.” I’ve not see S3 yet, but this reveal alone doesn’t ruin it for me. Still, be kind to others.

Games, movies, albums, and shows you're impatiently looking forward to and why?
FridgeLargemeat September 9, 2021, 8:55pm 11

I’m very likely in a minority of a minority here, but I thought Spock never mentioning a sister other than in Discovery was the most Spock thing ever. It might be slightly ridiculous, but it completely fits the established character.

The finale of S3 aired in January. How long you gonna chide someone over ‘spoilers’?

There’s gotta be a statute of limitations on ‘spoiler scolding’. 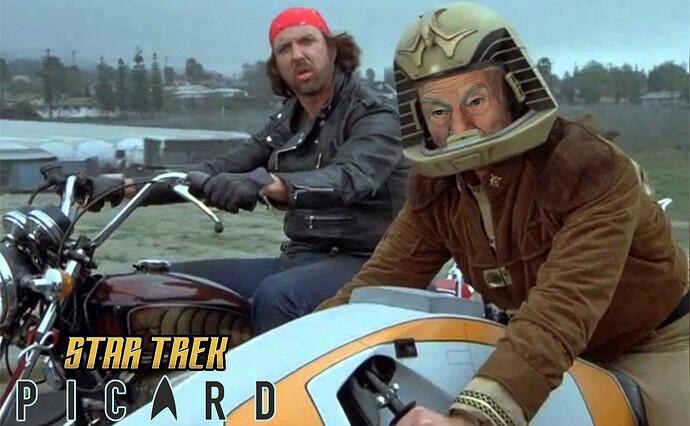 I see what you did there.

Dune has never been my thing (I’ve seen the original because of my Sting crush, natch), but this does look really good. It’s on the list to check out!

And this trailer dropped today. I’ve seen all of the original trilogy, but I remember almost nothing about the last two. So, Uh, rewatch, I suppose…

Well, Strange New Worlds looks interesting. I never cared much for Discovery. Saw the premiere episodes the CBS aired and decided it wasn’t worth the subscription to a streamer CBS had been limping along for years on repeats of NCIS. Hopefully, you won’t need a background in Discovery to understand what’s going on.

Thought I was being polite about it. My bad.

I rewatched the trilogy about a month ago. Going straight through for the first time, it held up better than I thought it would. Still a lot of head shaking moments in the sequels, but I still have hopes for this one.

I think the movie I’m most looking forward to at the moment is the new Candyman. But I do very much want to see the new Dune as well. A bit nervous about the mutterings I’ve heard about that one, but my tastes seldom dovetail with the general opinion anyway and I’ll take it on its own merits.

I’ll take it on its own merits.

I think if nothing else, being MSTies has taught us how to enjoy movies on their own merits and enjoy them for what they are.

So true. By the way, I’m hoping SNW will explore more of this “Klingons surgically altered into human-like agents” thread touched on in Disco. It might even be a main plot thread, given the prevalence of human-like Klingons in the original series. Perhaps this infitration program runs amok and the human-like agents form a breakaway faction? We’ll see!

Now, I’ve never seen The Sopranos, though I am of course aware of it. The prequel movie, starring James Gandolfini’s son Michael as Tony Soprano, is coming soon, and dang, looks like young Michael is, um, killing it!

I’m still hoping against hope that one day the film version of J.G. Ballard’s Concrete Island will be released. 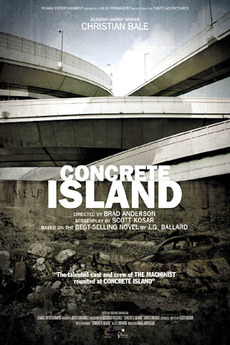 An architect finds himself stranded on a man-made island between two highways with only the contents of his car in his possession.

Eagerly awaiting this. If you get a chance to catch up on The Sopranos, give it a try.