Okay, this is officially the greatest thing I’ve ever seen in my life. I apologize for nothing.

OMG. This. Is. HILARIOUS!

(and as my husband said, we don’t have to wonder what they were on when they made it!)

I’m starting to wonder if they’re ever going to stop making these.

After the nuclear war, the only things left will be cockroaches and Transformers movies!

IIRC at least it’s another one like Bumblebee where Michael Bay isn’t really involved.

INDIANA JONES AND THE DIAL OF DESTINY

Given the track record, there’s a 50% chance it will be good.

How many broken hips did he endure in this trailer alone?

We also have the Guardians of the Galaxy 3 trailer, AND I AM SCREAMING AND WAVING MY HANDS IN THE AIR AND HAVING HAPPY TEARS OVER THE USE OF SPACEHOG’S “IN THE MEANTIME” BECAUSE THAT SONG WAS EVERYTHING TO ME ONCE

INDIANA JONES AND THE DIAL OF DESTINY

Indiana Jones and the Dial of Destiny | Official Trailer - YouTube

The probability is higher given how disliked the last one was. What makes me cringe is the effects. If Disney and Mangold treat this as a modern movie and every little stunt seems like an effect, it will fail. IF those behind this attempt to emulate the 80s chapters more closely and give this an old-fashioned flair where it doesn’t feel like a video game then the odds are better.

Oh yeah, both of those have some serious potential to be great movies.

Oh yeah, both of those have some serious potential to be great movies.

Agreed. But man if I’m not tired of every trailer feeling like an unfinished game demo. My mileage.

I am freaking out that they are going to Halfworld, and introducing Lylla! Rocket is finally getting the spotlight he deserves.

I am freaking out that they are going to Halfworld, and introducing Lylla! Rocket is finally getting the spotlight he deserves

THIS IS A FANTASTIC TIME FOR ERRYBODY

Well on the plus side, there are Nazis! It’s hard to go wrong with Nazis as the bad guys. And where there’s a Space Race, there’s Operation Paperclip…

I am freaking out that they are going to Halfworld, and introducing Lylla! Rocket is finally getting the spotlight he deserves.

And Adam Warlock is there, too! But if Thanos destroyed the Soul Stone, and the alt!Soul Stone was returned by Steve Rogers, what’s that on his forehead? 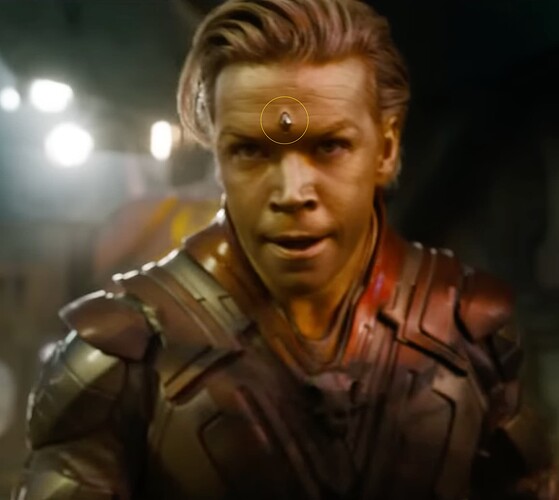 The MCU has gone Multiversal now, it could come from another universe.