It may be a year late, but Rifftrax finally finished last year’s Kickstarter campaign by showing Amityville 4 with Patty Duke and Jane Wyman against an evil lamp. The main event was funny as the guys had a lot of riffs on the premise. It included another short about accidents, but the guys seemed to think more about tomatoes rather than safety.
Here’s my review at 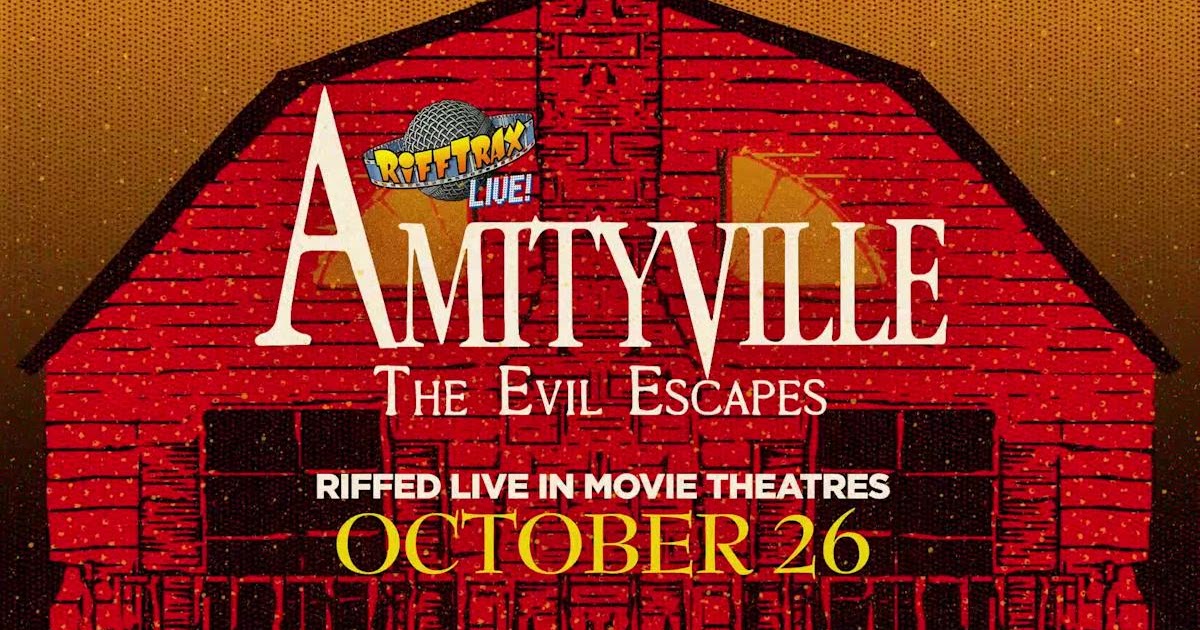 It's never good when a television network tries to make shows out of movies (with some exceptions) It's worse when they try to continue mo...

Wish I could’ve been at the plotting session where they came up with the possessed lamp idea before making the film.

Did they shop around for the ugliest kids they could possibly get? Some of the acting in this is as bad as anything ever riffed.

I hope they do the one with the killer clock at some point.

“Le Cock” had me rolling!

The big meal talk ahead of the demonic plumbing exploding on the plumber had me grinning. Same with The Shining (1980) jokes near the end.

The scriptwriter(s) should have brought in a couple of 13 year-olds to review each draft.

I found a blog called It’s a Stampede that lists off the official in-cannon movies and the unofficial films that are still going. Lord knows why other than name recognition.

I saw the live stream on Tuesday night. I enjoyed myself. The short was dopey as hell. I thought Halloween Kills had some Darwin Award Winners. The movie itself was dumber than a bag of hammers. A yard sale on items from a murder house is like giving away Nazi gold. No good will come from this! I thought a haunted lamp was the dumbest premise for a horror movie. Then I remembered the filmography of M. Night Shyamalan and went never mind on the whole deal.

I was so happy I managed to snag one of the few in-person tickets for this one. It felt like everyone was laser focused on every riff, so the energy was a weird mix of boisterous and muted.

The movie is almost too awful to riff, even with the best “hey, it’s them!” cast of any selection in a while. (Spock’s Mom! Cousins that are two of a kind! Young Arthur Dales! Nog! Dr. Auschlander!) That the Rifftrax guys were able to make hash out of extended parking scenes and barely anything else was a miracle. Kudos to the chainsaw attack and Mike’s elaborate Gary Numan joke, but the best part of the night was Bill indulging in “Fruit” “Salad”.

Me, too!
And when the girl went to answer the door “Maybe it’s my walking lessons…”

What is the name of the short ahead of the movie? The one featuring the salted tomatoes in fruit baskets? The name escapes me. Thanks.

It’s Your Accident. To answer my own question.