RiffTrax: The Game, coming May 5th. Are you game?

I would be totally down with a Ninja Turtles style beat-em-up with stages based on movies. Mike, Kevin, Bill, and Disembaudio could team up to fight Dragon Sound, Rollergator, R.O.T.O.R…

I fear to think about the Rollergator level’s soundtrack…

Rifftrax has said it will play on Macs.

Seriously? That would be excellent!

Wondering what the achievements are…

The game’s release in May will provide the real answer. But since it’s a reskin of What the Dub?!, its achievement list might provide some clues. 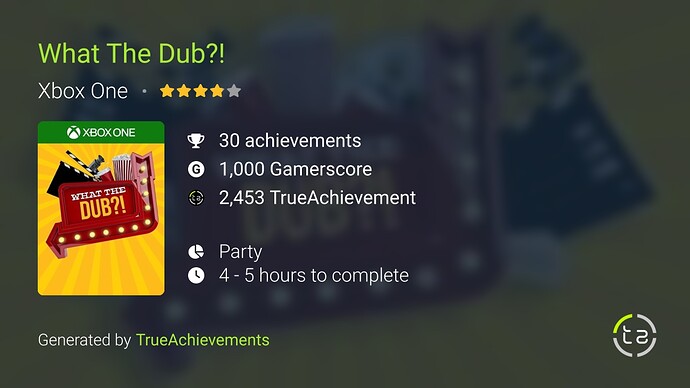 What The Dub?! Achievements

Full list of all 30 What The Dub?! achievements worth 1,000 gamerscore. It takes around 4-5 hours to unlock all of the achievements on Xbox One.

I was going to, but I never saw details. So if anyone gets something going, post it a few times!

I have great memories of trying to keeps riffs going with my friends during movie nights in college.

It’s still a little tricky to have a lot of friends over right now so I’m looking forward to getting some online riffing in!

They said this will be $9.99 in the comments of one of the last updates. That’s a pretty sweet deal.

Was just playing with a group on Twitch. They may have been young - lots of not really funny riffs involving words that are rightfully blocked on the Discorse? Oy.

If someone has a tutorial on how to get a Steam app downloaded & running on a Mac OR if how to broadcast a game to Twitch, that’d be awesome.

Like ‘What the Dub?’ the owner generates a room code that the other players connect via https://rifftrax.games/

Then the owner shares their screen via Zoom or the streaming platform of their choice.

If someone has a tutorial on how to get a Steam app downloaded & running on a Mac OR if how to broadcast a game to Twitch, that’d be awesome.

Installing to Mac will be the same general process for installing anything from the Steam client that works on Macs (e.g., you buy and then it installs when you ask it to and where you told it to install content). Just remember that only one person needs to have a copy and they’ll be the “host” for that game; all other players just need the room code (and not their own copy of the game).

How to stream to Twitch is… a tutorial in of itself and there are a lot of ways to go about it. Unless you already have a Twitch account, it might be easier and faster to use Zoom or Discord. Ignore the integrated Twitch chat voting feature if you don’t already have an established stream with subscribed viewers – don’t forget that the game itself provides 12 audience slots.

Now 25% off on Steam during the summer sale

I really want to play this, but it requires friends.

I tried to schedule a game night here on the forum, back in September, but only one person showed up.

You could try again, I guess. I’d be up for it.

The game’s core is a recycled What the Dub?!, which can be armed with custom clips, captions, and sound snippets rather easily. There are some imposed limits but nothing that makes the endeavor a chore (for example, sounds are limited to 5 seconds or less).

Game’s lacking the Rifftrax content you love the most? Feel like breaking the boundaries and riff clips outside of the Rifftrax and public domain realm? You can totally make it so.

I’d love to join…but I only have the Xbox version…which, I believe, means everyone has to be in the same room to see the clips.

I don’t know how I didn’t hear about this sooner!

I just found it on X-Box(or Microsoft) Store. Only 3.99 on sale until the 13th! I just downloaded it, but it’s pretty hard to find a match so I thought I’d make a thread for it! Wish I could play it but it’s got a great rating from the sources I’ve checked, but since it’s kind of a niche’ game, multiplayer is dead especially this time of night.

You have to post lobby codes for games so thought a thread here at MSD3K would be a good home for a thread about the game for people to post and find each other in! What, with Mike Nelson being a subject for 5 and a half seasons of experiments!

So if you currently own it, or like me just had to buy it upon discovering it’s existence despite possibly being between jobs(got an interview tomorrow). Hope this finds some use and we can maybe get some community games going once in a while. Link to an official page is in the image! 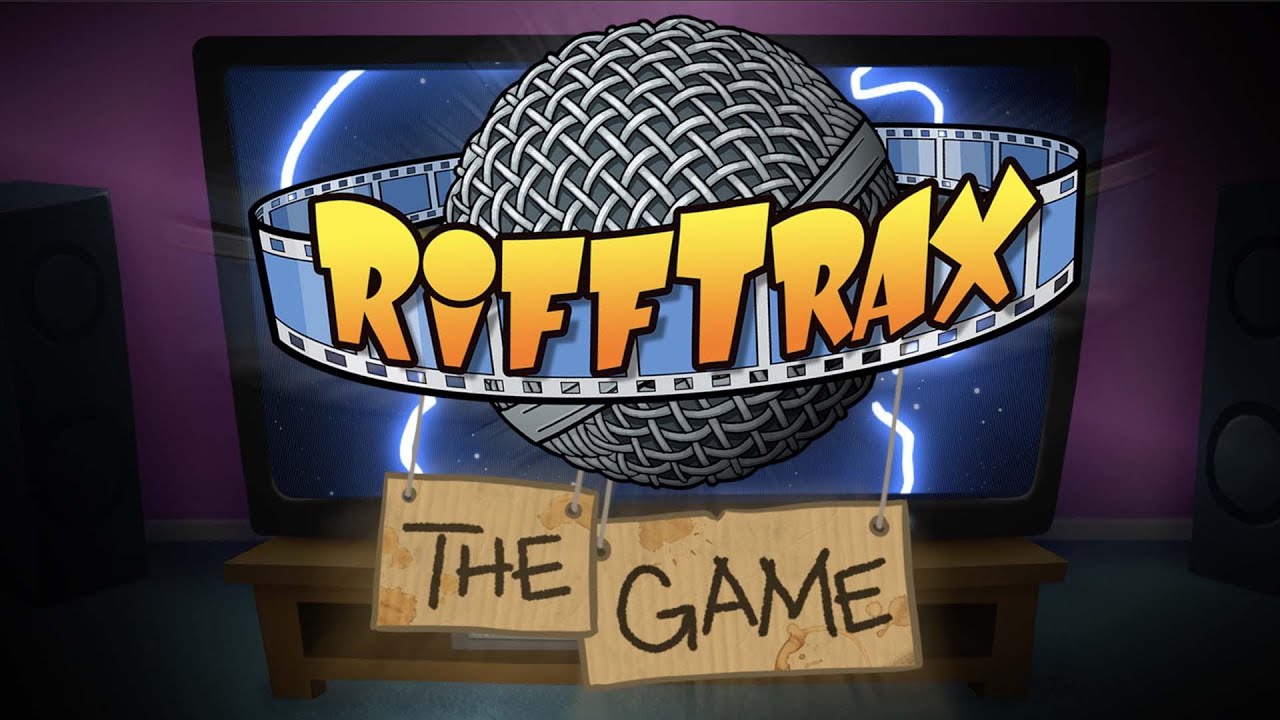