Never fails, I complete an order, and up pops a new release - ah well, I picked it up as well. Cute riff with the Dirty Harry line getting the biggest laugh out of me.

Captain Marvel was a lot of fun too, there’s an early riff that Clang might enjoy. Frank and Trace did this one as well during one of their shows.

Yeah, I’ve only seen The Mads’ version so far. It was pretty funny.

Also, I just got back from watching RT’s version of Sumuru. I feel like they already said it all in MST3K’s Angels’ Revenge.

“This movie is offensive to one-celled animals.”

They get that it’s misogynist, yet they’re still doing that mildest version of “No homo” when they make fun of the cops for wearing shorts. Just the normal kind, too. Not Daisy Dukes. Fellas, the U.S. and Canada are probably the only countries left in the world where businessmen are prevented from going to work in shorts when it’s blazingly hot and humid out. You just sound jealous. 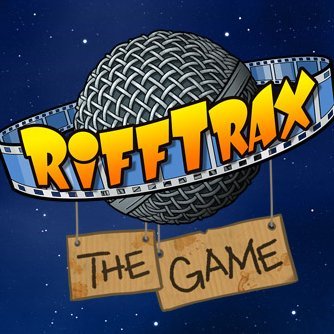 So where does one stream Cats, anyway? I don’t want to sully my search history with the question, but I’m gonna need to watch it somehow to get to the sweet Rifftraxy center. (This is ALMOST as bad as having to face the video rental lady to get High School Musical.)

They get that it’s misogynist, yet they’re still doing that mildest version of “No homo” when they make fun of the cops for wearing shorts.

I wish Rifftrax had a larger variety of life experiences expressed out of that writers room to tell them that maybe that low hanging fruit of a riff you’ve been using since MST3K has not aged well?

That’s always been my problem with “the right people will get it” statement - makes me feel like I’m incorrect for not appreciating the humor where either I’m a target or people I love are?

Not an argument I want to get into with the writers though - it’s their show, and I doubt they meant that wording to hit anyone as “you’re incorrect because you don’t think this no homo joke is funny”

So where does one stream Cats, anyway?

It’s only for rent. Cats streaming: where to watch movie online?

It’s only for rent.

In the same way that beer is, and with the same end product?

Cats was available on one of the streaming platforms earlier in the year, but does seem to be only buy or rent now. I don’t think I can bring myself to spend money for it, even just a few dollars…

Justwatch.com is a great site, I use all the time for what’s new and for searching what is streaming on what platform.

I watched it at Prime, when I had Prime. I went to see if my library carries it, nope, it’s a movie so bad they won’t sully their shelves with it (same deal with Jonah Hex and the 2015 Fantastic Four flick)

Jonah Hex was so close to being a good movie. Great character and good cast, a shame the script just didn’t quite come together.

It wasn’t great but it wasn’t unwatchable, unlike Cats, that one hurt, hurt bad.

Actually, one of the best Hex’s on screen was an animated short, that was a little too short. I think you could have expanded that to a half hour, 45-minute special, and had yourself a pretty good flick. 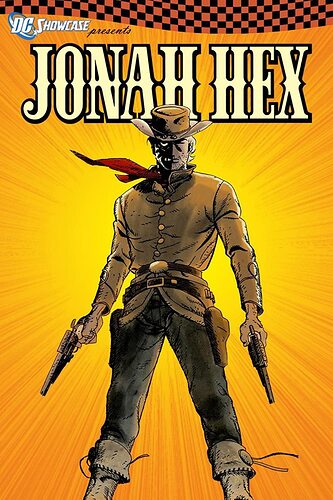 Most of us know Bridget and Mary Jo got their hands on The Brain That Wouldn’t Die three months after the Mads did the same. So, I decided to compare the three riffs and you might find it interesting: 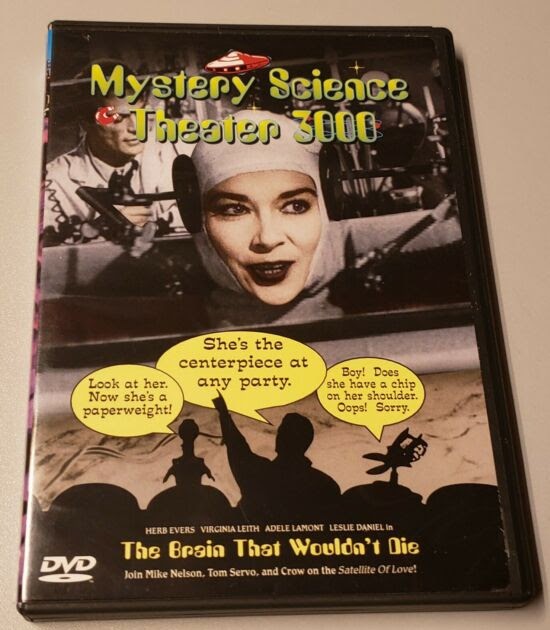 The Movie That Wouldn't Stop Riffing

In the distinguished history ( yes, it is , if it included Mark Hamill and Neil Patrick Harris) of Mystery Science Theater 3000, a handful...

Interesting read… though I loved Bridget’s riff on sax and sinning.

well, my point was the sax wouldn’t stop a lot of people from sinning. In fact, the sinning would create worse soundtrack music…like Roller Gator

Yeah, I got the point, still like the riff

OK, not sure if anyone would WANT this, but: 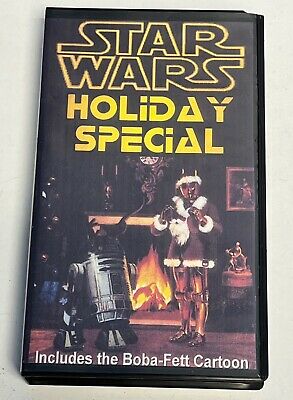 That VHS is as rare as anyone’s downloaded copy is.

And so Rifftrax returns to the well of Italian horror… 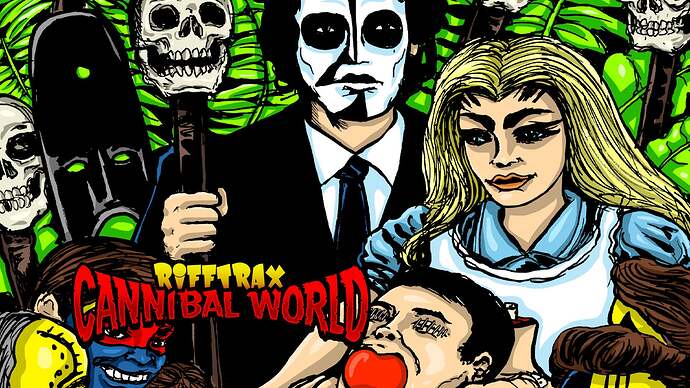 Cannibal World, the brand new theme park that’ll cost you an arm and a leg! Okay, it’s not really about a theme park. It’s about some rich explorer types who keep bothering this village of people who

The If Mirrors Could Speak short really ticked me off. Not because of the riffing. I think it was fine. But it’s that painful subgenre of shorts which define non-conformity at school as a sin for which the square peg basically gets all the blame.

In earlier incarnations like The Snob (which is a whole 'nother rant I’ll get to some other day), the short-crafters would make some token effort at saying Well, maybe someone else contributed to the malefactor’s issues and maybe an authority figure could help, but probably not. By this time, no one even bothered that much anymore. [sigh] Could the little girl be stealing milk because she’s hungry and poor? Could the little boy be sad all the time because of a dying parent? Who cares?! Just put them in hideous clown makeup, encourage their peers to badger and mock them, and call it a day.

Gah! If the subliminal message was that childhood inherently sucks, that I could go along with. But I don’t think it was. Maybe it was, Teachers, let the kids be a law unto themselves. The well-being of one undeserving little weirdo has nothing to do with you.

(Also credible, when I think back on surviving that age.)

After suffering through this, I chose Damaged Goods to cheer myself up. Yes, the venereal disease short was, comparably, an inspiring experience. At least the poor doofus who went to the doctor actually got medical help instead of a heap of clown makeup, name-calling and condescension.

The riffers storm right out of the gate with a clever alternative scenario of how the story could go if the “stars” weren’t a bunch of bored/boring alcoholic leches. The only problem is that it’s tough to maintain that level through the whole thing. Though we do learn more than anyone should about which musical instruments are the most sexy in the land of professional riffing.

Oh, and I’m not an expert on old cars, but that’s one sweet convertible our soon-to-be human petri dishes are in at the start and finish.