Here are all the El Santo movies I’ve found currently on Tubi:

I haven’t checked whether they’re subbed or dubbed, but have at it!

There’s someone named “Butter” in the last one. Unless El Santo is wearing butter, or using it.

Santo in the Wax Museum

That’s not a movie, that’s just something in Guadalajara.

Santo & Mantequilla in the Vengeance of La Llorona

Also, thanks for sharing this all, @KHalleron!

Tubi really is something awesome. They’re a free streaming service, but I think they put it all together better than Netflix. 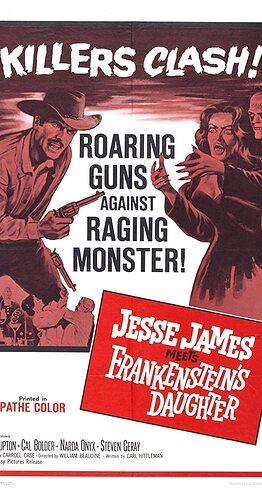 I read about Santo after the Treasure of Dracula. He was buried in his mask, which he only took off in public once, just before his death.

I watched Santo in The Wax Museum last night. It’s another K. Gordon Murray presentation, so even though “Santo” is right there in the title and his crowds of fans still chant “Santo”, the title figure is called Samson for some reason.

There is some crazy stuff in it, but it is weighed down by three lengthy wrestling scenes, although his bout against Billy the Legs (that’s what the captions said he was called) was kind of fun to watch.

When’s the last time anything good happened in a wax museum in a movie? Things are no different here as people are disappearing and the police find the one factor they all had in common is that they visited Dr. Karol’s wax museum. Dr. Karol asks Santo to investigate to clear his name. Is Dr. Karol being framed? Does he have a dark past he’s hiding?

This movie came out the year after Santo vs. the Vampire Women and is directed by the same man (Alfonso Corona Blake), but there were 3 other Santo movies made in between the two. This is a perhaps a middling entry, a bit slow paced and certainly not as wild as Treasure of Dracula was.