So last night my internet connection started flaking out as the post-show festivities were beginning. Were there any additional beans spilled on Season 14?

Just that we’ll find out more about how to support it in the new year, so keep an eye out for a Kickstarter or email I guess.

“The good news is, we’ve already secured full funding for season 14. The bad news is, Kinga is out and a new Mad is in…” 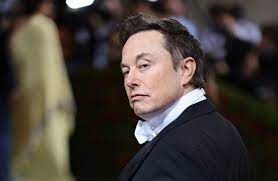 Don’t assume there will be a KS for season 14. One thing Joel mentioned during the past one is they wanted to find a funding model that didn’t rely on crowd sourcing the money

Ha, that’s wonderful. What a soap opera that’s been going on over there.
Someone try to get him to fund S14, but he might want to be in the show, ohh…

I would guess there will still be something akin to the “Pledge Drive” for season 12 to raise some additional funds, or at least get some of the dedicated fans to pay in advance.

Public Pearl Tv, but for real this time

Elon as a Mad would actually be fitting, if we’re being literal. I can only imagine how random things would get. And the invention exchanges would be…interesting.

But he’d lay off half the cast and crew before it starts, and fire everyone else by the third episode.

And then he’d make fun of all the backers.

He’d shut down the forum after the 4th episode…or 1 message that had a slight critique.

I do wonder if the combination S14 Season Pass sales, ad sales for the free streaming library, along with 3 or 4 presenting sponsors for a new season could bring in enough…

There’s no real need to do a KS just to move merch… They could add a merch section to the store, once it’s open…

And, they could always switch things up and add membership/loyalty reward swaaag of some kind?

I do wonder how the ad-supported side will work for Backers/Season Pass holders once the Season Pass is over? Will the backers still see the ad-free version of the site, or will everyone get ads, with no way to pay to remove them (from episodes we don’t own, I mean)?

Maybe there’ll be an “Off-Season Pass” until S14 gets rolling?

On the other hand?

I really like the energy that goes with every MST3K kickstarter?

And, while it’d be great to not be dependent on KS for future seasons… I still want that energy, that build up to a new season?

I’m excited to see what comes next regardless.

Nah, Pearl is with the SOL in the Deep Hurting…

It’s the Synthia and Kinga show, with Max

I would like to see the swaaaag and merchandise separated from the production and bandwidth costs. It could help lower the cost of subscriptions. I’m hoping enough upfront costs have been covered so that there’s no need for another Kickstarter.