First of all, who is the guy doing it? I mean, he’s familiar as all hell - I’ve probably seen him on a livestream, but his name completely eludes me.

Secondly; is there anywhere I can find the song in isolation? I want to show it to a MSTie friend who isn’t a Gizmoplexer (as yet), and while it is certainly within my capabilities to download the stream and edit out that one segment, it’s still a bit of a chore.

It’s Ross Bryant, aka Turkules, the insane genius who gave us the mothercrabber rap. I can’t remember him appearing in any of the livestreams, but my memory might be faulty. Just the rap is online here: 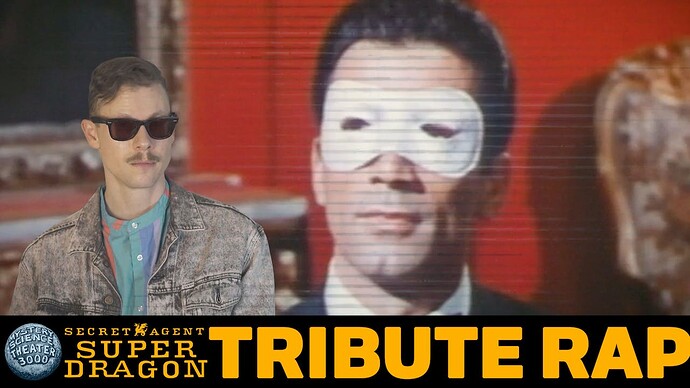 See the full TRIBUTE TO SECRET AGENT SUPER DRAGON for free! https://mst3k.com/livestream/sept16 -- This tribute rap to the iconic "Secret Agent Super Dragon Theme Song" is the work of MST3K writer Ross Bryant, whom you might already recognize as the...

Ross was one of the guests in the Gamera vs Jiger after-show.

MY GAMERA'S BACK AND YOU'RE GONNA BE IN TROUBLE: It's your OPEN THREAD for tonight's premiere of episode 1307: GAMERA VS JIGER Season 13

[Social-1307-Final] We mustn’t dwell, not on GAMERA DAY! After an almost 30-year wait, MST3K and Gamera are back together at last in tonight’s premiere of episode 1307: GAMERA VS JIGER. Join us in the Kingadome at 8pm ET / 5pm PT for a city-stomping good time. Then, stick around after the show for a LIVE discussion with a bunch of writers! Kennedy Allen, Ross Bryant, Mike Drucker, and ME, Lesley Kinzel, will be chatting with host, director, and room runner Jonah Ray about the unforgettable ex…

Ross was one of the guests in the Gamera vs Jiger after-show.

That’s why you can’t trust my memory. He even answered my totally legitimate question.

That’s why you can’t trust my memory. He even answered my totally legitimate question.

Please tell me your question was “who sang the Secret Agent Super Dragon rap?”

I was asking the crew the important questions, specifically which Gamera villain they’d like to have dinner with.

Thank you so much! So where the hell have I seen this guy before? I mean, I know I’ve seen him somewhere, maybe not directly MST-related, though.

EDit: read other comments now. It was obviously the Gamera v. Jiger livestream then.

This song of his picked up some internet buzz pre his time with MST3K: 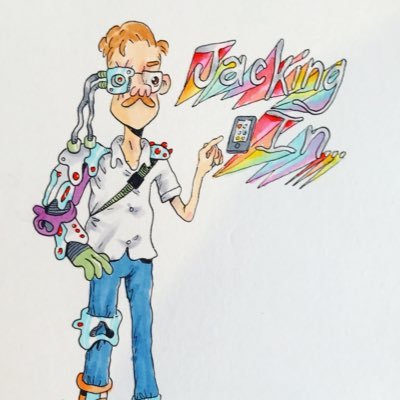 I’m usually not a big fan of the aggressive triplet (which I’m sure has a better name) in rap, but this is just taking it to another level, and the lyric is so good.