Share your low budget projects: books, films, podcasts, or whatever!

Hi folks! Since Demon Squad premiered tonight, I wanted to share my own low-budget project: a book! I’m a professor and I want to spread a love of weather and science, so I wrote a book called “The Weather Detectives”! It combines a fictional Caribbean adventure with real information about weather, science, and history. It’s aimed at middle-school age kids but should be fun to older folks too. Check it out, or consider it as a gift for a kid in your life. You can find it at https://www.amazon.com/Weather-Detectives-Kelvin-McCloud-Mysteries/dp/1943431698

Anyway, I know how hard it is to get projects like this finished, so I’m pleased that Demon Squad is getting some love. Have any of you made any books, films, podcasts, etc.? If so, I’d love to hear about it. If you’re in the beginning, middle, or end of a project like this, feel free to share!

Is it funny with a chance of murder?

It’s an adventure/mystery with a chance of murder.

In 2004 I was in a zero budget slasher movie called Leaving Souls. The highlight was doing my own stunt of diving headfirst down a staircase in my death scene.

Oh man, that sounds dangerous. How did it go?

In 2004 I was in a zero budget slasher movie called Leaving Souls. The highlight was doing my own stunt of diving headfirst down a staircase in my death scene.

If he did, then it wasn’t really a death scene. Zombie @RyanLohner confirmed.

There was a mattress at the bottom out of camera range. Still a bit unnerving as the director had broken his back falling down those same stairs as a kid.

I’m just now reminded of a particular Homestar Runner short, where the punchline was that Homestar was trying to botch his own stunt by using a mattress full of sharp things and pointy candy canes.

My best friend Steve has been managing the review blog Unseen Films since 2010.
If you’re looking for info on the films MST3K / Rifftrax / The Mads are riffing, there’s a good chance either he or his colleagues have at least a capsule review of it on the blog.

My husband John has helped Bully the Little Stuffed Bully run Comics Oughta Be Fun since 2005. Currently it’s focused on Today in Comics History features, but previous it had comics reviews & features (check the sidebar).

I’m their biggest fan, but my low budget project has been doing library/research gigs &/or social media gigs & caring for family.

Cool stuff grawlixy. I’ve always thought it would be cool if there was an archive (or interviews) about behind-the-scenes stuff for some of these low-budget movies. Like, how the were props made, what the sets were like, how the budget affected filming, etc. Or, another ideas, it would be cool to read articles about how single popular movies spawned a collection of knockoffs, like Alien certainly led to things like Lords of the Deep, Deepstar Six, Outland (with Sean Connery!), etc. Like a family tree of movies.

(By the way, tell your friend Steve to update his website to https. For anyone else trying to use that first link, if you change the “https” to “http”, it will work.)

tell your friend Steve to update his website to https.

Thank you - had though he’d done that. Movies, he knows; Blogger’s back end? Not so much.

From the ‘Tales of the Moons’ story arc. Most of the Space Sketch Episodes are written as five-minute pieces for the stage, but two of them simply had to be videos.

Episode VI is the trailer for the movie based on the television series. Who could imagine that Ensign Redshirt would go on to so great a Destiny?

Episode VI: The Adventures of Guy-Shi

Me (talking to Letterman): Well Dave, my new project is something called “Public Domain Theatre.” It airs on cable back in NC. I play a washed-up movie actor who introduces free flicks with my co-host, Cher. Our best episode is the silent “Phantom of the Opera” with all new title cards and captions. It needed a little goosing up. Come to think of it, so do I.

This year I made a bird coloring book! I’m a birder and many of the illustrations are based on my own photos. There are also some bird fun facts and descriptions. It’s called Birds of the Southwest Coloring Book: https://www.amazon.com/Birds-Southwest-Coloring-Book-Michael/dp/B0BHN5B8SB

Have any of you been working on projects recently? 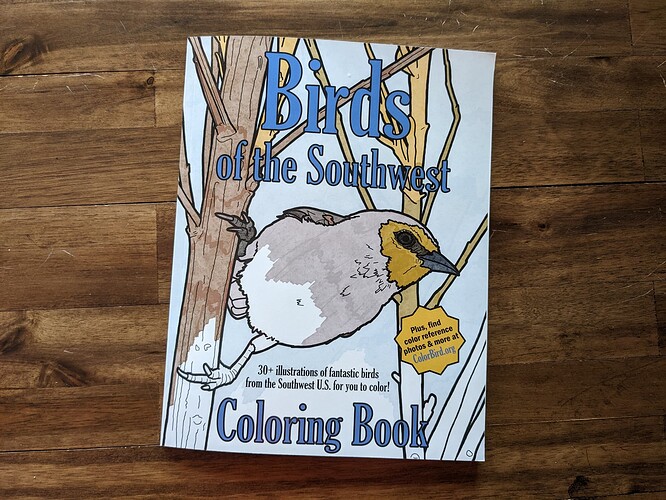 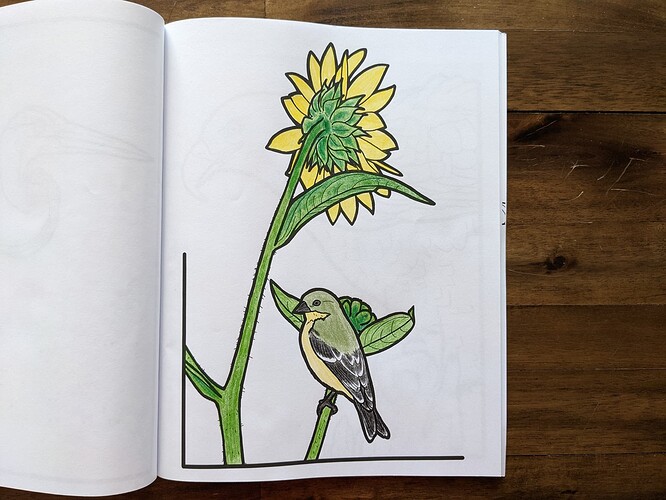 Comes pre-colored for your convenience?

Haha, no, I did that one. Although, two of the birds are an American White Pelican and a Great Egret, both of which are white. Those are the “beginner-friendly” coloring book pages!