As I write this, we’re a week out from Dec 25, Hannukah has just begun, and Solstice is peeking around the curtains; I got to thinking about last year’s card and the increasing build-up towards ‘yet to come’, ah as it related to Season 13 that is. Now that we’ve got 13 and all that has come so far (mostly), I’ve been working on what the next couple of weeks will like to lessen ahhhh post-13-depression?

Aside from the episodes (Simon voice) naturally, how are you keeping the MSTie spirit this season? I’ve got to sort some space in my ‘studio’ bedroom and will be giving the MST3K items and Gizmonics/SoL props/set dressing parts/bits/bobs a bit more room, in the hopes of getting a few more pieces done in the next year.

So, this week is about catching some old episodes and some more of what aired around this time through the lens of Christmas Past (ie not just ‘Conquers’, ‘Santa Claus’, ‘Almost Wasn’t’ etc…). Most definitely some Gamera will be watched, as well as a re-read of parts of the Episode Guide.

Got to navigate that around the uh-oh of unemployment, but trying to dig in and let some MST3K be a pressure valve.

So parts and bit, Episode Guide to fill in some corners of the noggin’, and a few episodes at least.

What say you , folks? Did 13 give you any momentum to spend some dedicated MST3K time, and have some ideas to share over the next couple of weeks? Anything that aired around this time that hits the mst3k nostalgia button that you won’t miss? Would love to hear and catch it too if I can. Maybe ones we forgot aired in Dec or Jan or… such silliness.

(the unfortunate space in question, but the cool card…: ) 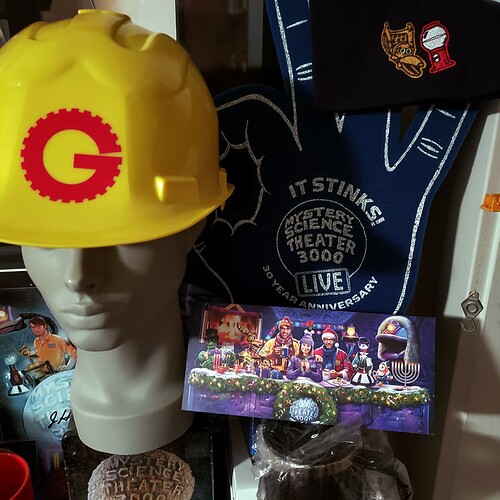 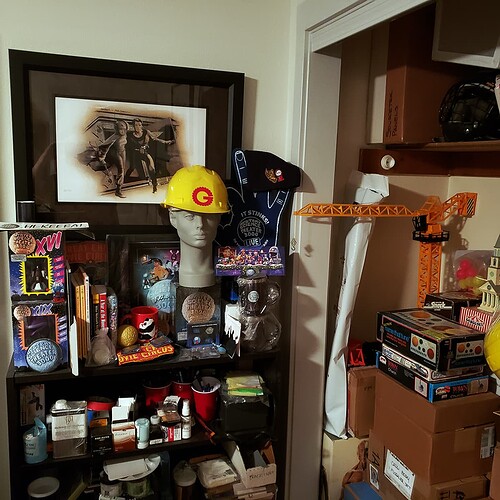 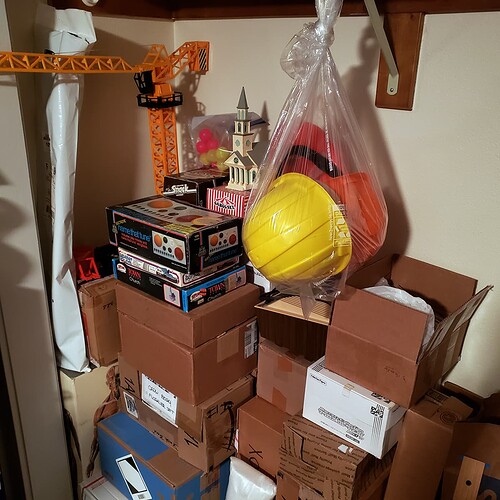 Nice stuff! I’m looking forward to receiving my late Xmas gifts Kickstarter rewards and the last events of the season. I’ll be rewatching Season 13 to hold the late winter blues at bay. The glass ornaments I just ordered from Shout! Factory will make my tree look even better next year.

I’m going to spend the holiday break between now and the Festival of Shorts just catching up on what I’ve missed. I wasn’t able to watch the live premiere or the Shape of Things To Come episode, as well as a few of the Season 13 shorts. Afterward, I’ll be all caught up.

Otherwise, I’ll catch a few episodes I haven’t yet seen…the ones selected (or SYNTHIA Selected) as Vault Picks seem as good an opportunity as any.

At the very least, I’m gonna try to be more active around these parts. It’s a pretty rad community and it’s always good to make up for lost time.

Love what you’ve done with your merch collection, Derek! My holiday card still sits on my dresser, with the Kingavision glasses not far away. I don’t have a ton of other MST3K merch other than my “Crow vs. Servo” t-shirt and a wide array of video discs, but that will change once the backer rewards arrive!

I’ve been watching old Christmas episodes, and found this online: 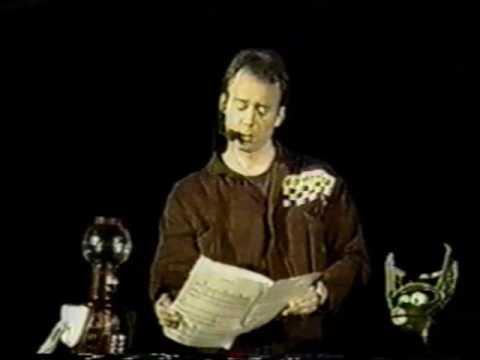 Watching Season 13 of MST3K makes me want to watch MOAR MST3K! I usually follow a livestream with a classic ep, since I’m over in Pacific Time. I have definitely needed escapism this year, so I’ve been spending lots of time in the Gplex. I need to go finish leaving the Bronx and moving to New Mexico.

I really don’t have a lot of merch except for the DVD sets and my signed copy of the episode guide (I also had one of the DVD sets signed - the one that came in a metal box, I forget which number it is.)

But I always watch all the Christmas MST3K episodes around this time, which was taken care of this past week. I also watch the CT Santa Conquers the Martians and The Mads’ riff of Santa Claus, and one or two Rifftrax entries - I find most of them too hostile and nasty for my taste, but I like the MJ and Bridget specials and the Star Wars Holiday Special, especially the commercials in that one.
Lots of holiday MST and MST-adjacent stuff to enjoy.

Part of my Christmas tree, chock full of sci-fi geekdom 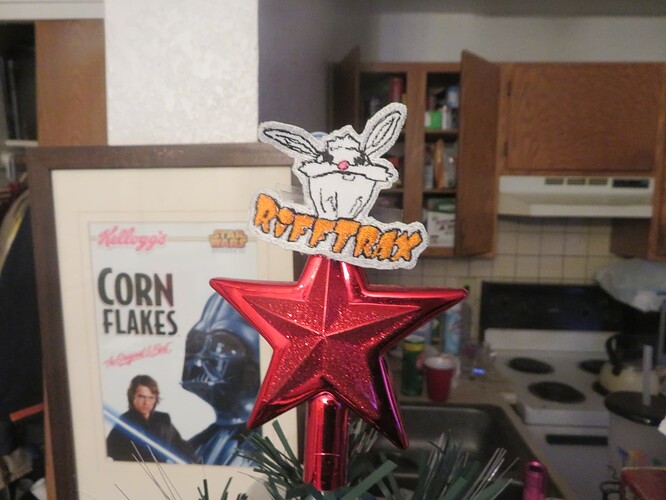 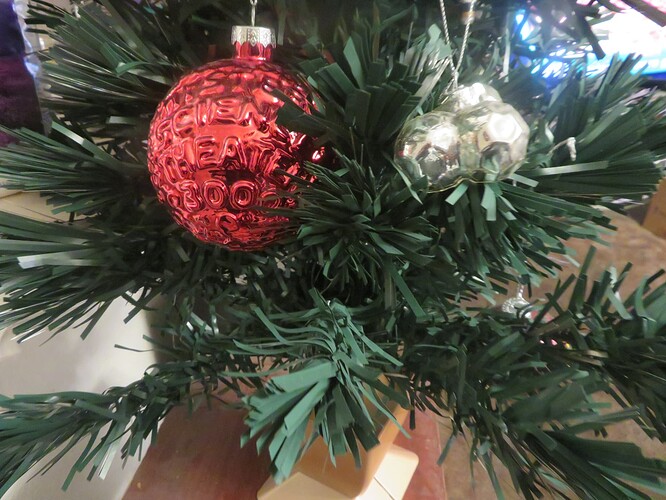 How about these ornaments? 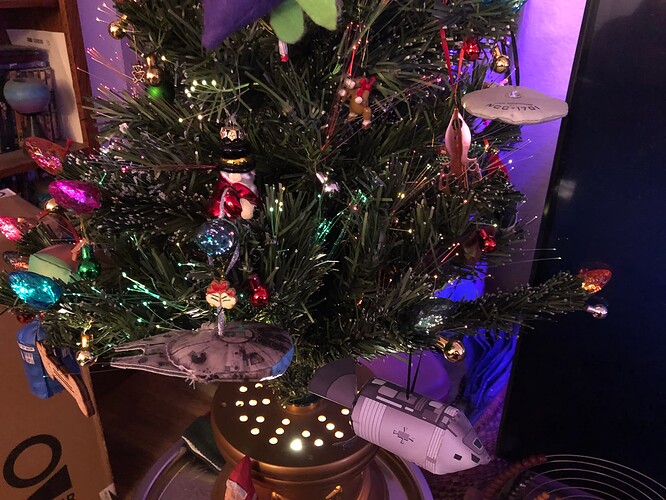 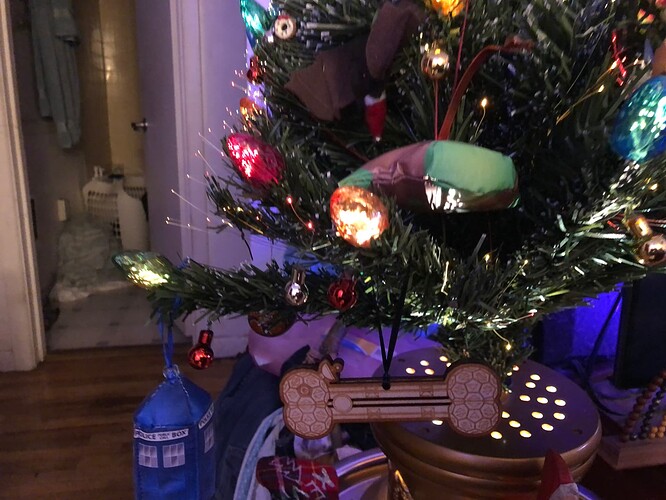 Tonight, as is a relatively new but hey why not tradition, after setting presents under the tree, it’ll be hot chocolate in the special mug (er, I have two- one sits on the shelf, the other gets to be a real mug at XMas time

) and Rocket Attack USA (see photo for mug, see ep for why)
I just can’t watch Santa and the Ice Cream Bunny again, yikes. But a little existential applesauce on XME, no problem. 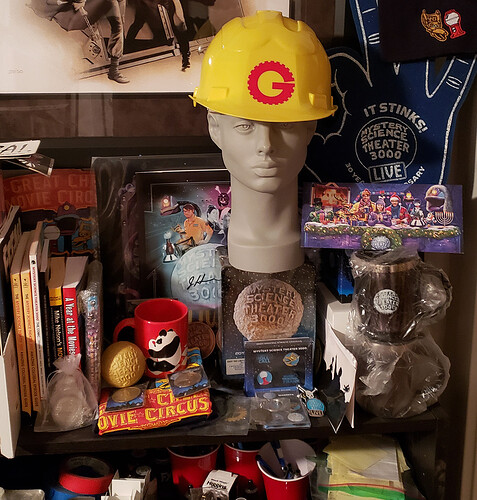 Happy holidays everyone! What a great year it has been with MST3K and everything. 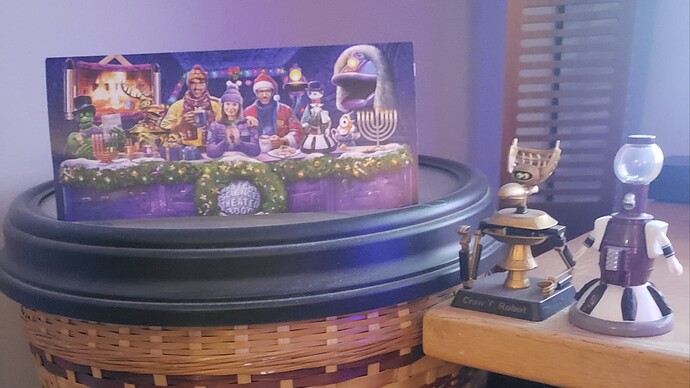 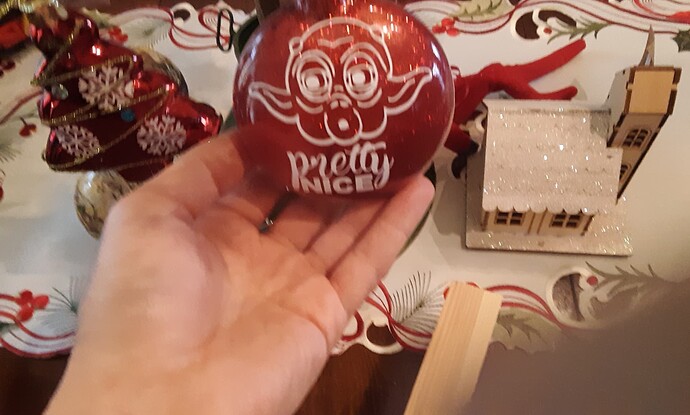 One of my dearest friends in the world once gave me a Mac and Me “Pretty nice!” Christmas ornament, and it always has a welcome place on my tree.

Part of me has to wonder if you have the crane because of other reasons or because you were trying to replicate the Joel+Frank intro.

I have a couple of them, for the intro.