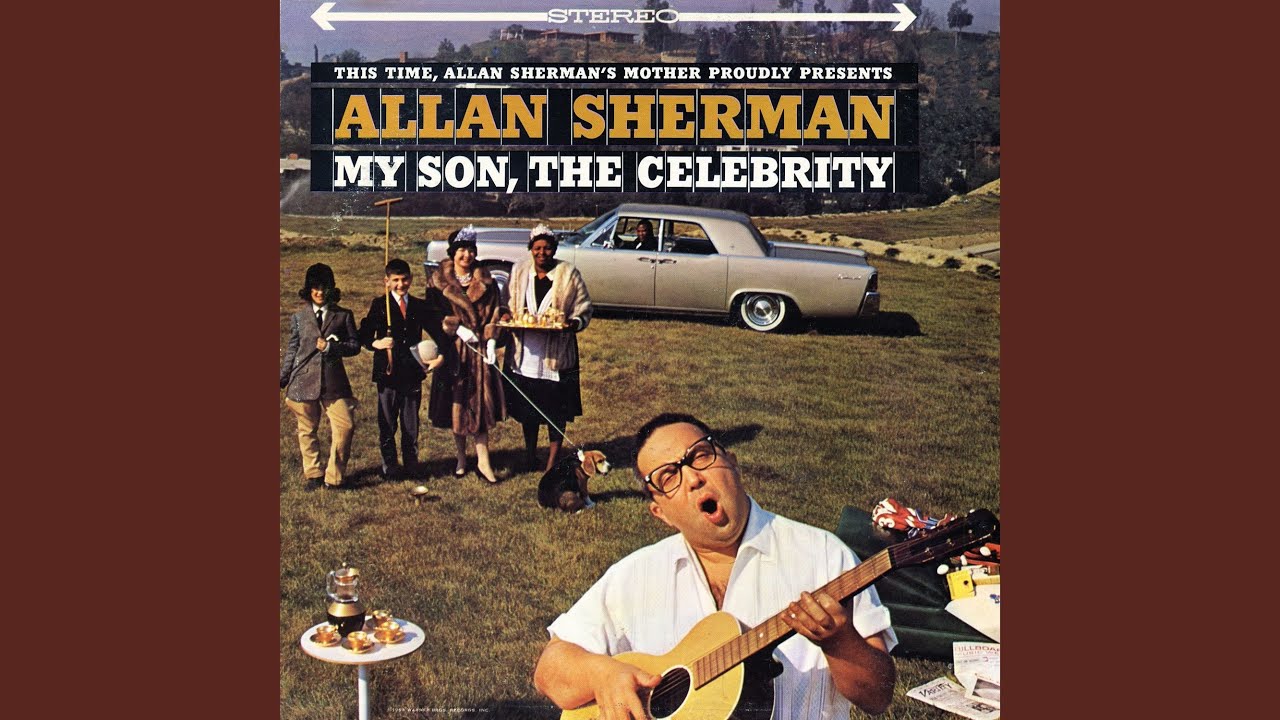 You are not alone.

Not that this is the first episode in Season 13 (let alone the Netflix episodes) to do this, but what this episode made appreciate is how the show uses old school references that don’t fly on the contemporary side of things.

Case in point, that “Harper Valley PTA” riff as well as the array of Bleach Blanket _______ riffs.

Granted, I was distracted by the Livestream thread while watching this movie, but could someone please explain this plot to me? 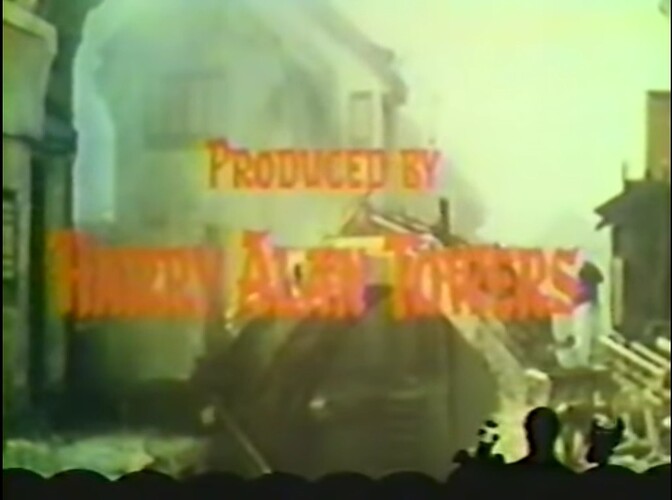 If I have only one gripe about the Season 13 edit of this movie, it’s that it cuts the opening credits short, which means that we never find out that it was produced by ♫ Harry Alan TOWERRRRRRRRRRRS! ♫

This was truly a horrible movie that I totally enjoyed seeing riffed.
Great job by team Jonah and the whole crew.

My personal spit take occurred here:
Have some champagne. If you want more I’ll have to get the Shop Vac.

If you heard a “SQUEEE!” sometime Friday, it was probably just me when Doctor Kabahl appeared again. Baron & the writing were superb as usual. Patton was amazing with that first Mug of Doom reaction. That abbreviations routine was a delight! And I’m impressed that the Supervillainesses song was performed so well being sung live on set. (Felicia!)

I loved that the movie had such a “comfortable” riff-feel. It allowed riffs not to be rushed or squeezed in, so there are often these delicious little moments of anticipation between recognizing a riffable moment and the riff slamming down.

Movie-wise, I was hoping Hyde-White’s lines would include at least one “my boy” in his usual manner. Alas not. Also, Nader’s character had a few side-comment lines that amusingly surprised me for a 1967 film. And, well, made me check; and he was.

I made a quick check of the KTMA version. It had a scene after Helga unveiled herself, and she and Frankie discussed what Sumaru was planning. It’s been cut from the latest version and the Rifftrax version. It did prove we didn’t need that scene
Oh, and I also reviewed it, although not as detailed as the other one. 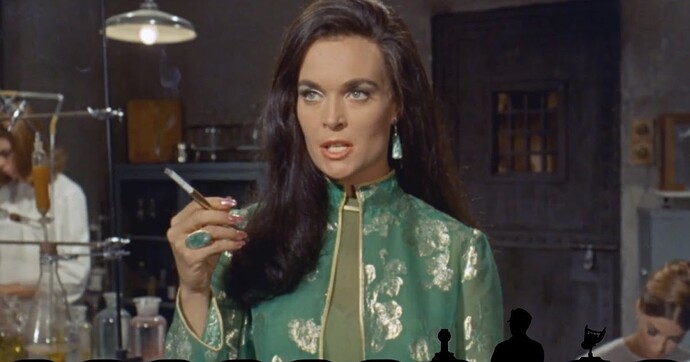 Mystery Science Theater 3000 is quite familiar with insane jerks out to take over the world, or at least our bank accounts (like the curr...

I actually thought the movie was pretty good. Had to Google because i was certain i had seen the movie before, and i had in the old KTMA episodes.

lol. “Palace of Pleasure… for WOMEN!”

I had more fun at my last dental cleaning than any woman in this movie appeared to be having.

Sumuru wants to take over the world so she marries off her employees to rich, powerful men. Then she has them strangle those men and blow them up. Also, she constantly hires women who look great naked and are total horndogs so desperate for some hetero action that they think George Nader is good for anything but drop-kicking face first into a heap of manure. Priorities. So vital when you’re a wannabe dictator.

Yet strangely enough, her plans don’t work out. It’s a bizarre mystery!!

Thanks much! That all tracks with what I thought I saw.

Hi can someone help me find the band for intermission music, Farid Barron Trio Band? I can’t find them anywhere!

I was away at a wedding this weekend (left with a bridesmaid, weyhey, but since we’re married that’s expected) so I’m only just getting to watch this one.

It’s nice to see a return to 60s spy films, and this one’s a real doozy. Sumuru took the bold step of taking the elements of a movie, leaving them in a pile, and hoping it would all somehow come together. Apparently women can’t resist the great taste of George Nader, and Klaus Kinski being deeply creepy and weird? What a concept! I remember the Rifftrax version being a bit of a slog, but this time it was less painful.

It’s another good episode, but there’s a lot of competition this season and it doesn’t top Batwoman or Beyond Atlantis. The host sketches are great, as expected in this batch. The acronym and CIA sketches are both great, and the ion storm prank is hilarious, and I could easily see it working in a Mike or Joel episode. The three way stealth plotting bit was short, but is clearly setting up something fun. Also, yay Magic Voice! The bots climbing Jonah in the intro was funny, too, but the supervillainesses song at the end was the perfect topper.

The riffing was strong, and I got the more relaxed feeling Tim mentioned afterwards. It seemed like they laughed at each other’s riffs a lot more in this one, which is always good. My fav in this episode might be the Young Frankenstein knockers riff, but I always love a “our heros!” riff.

I’m not sure I get the mug of doom invention. Is that not what people see all the time?

Anyway, the game is afoot and mind the gap!

I am way more bummed about this than I should be. I’ve been waiting to hear either Baron or Conor belt that out since they announced the movies for S13.

I definitely agree that the movie fails as parody. The Zucker Brothers taught us that for a parody to work, you have to do more than just magnify certain cliches to the nth degree and heap them indifferently in front of the audience. You have to have clever wordplay and great visual gags. Also a story which at least makes sense according to its own goofy logic. Also actors who get fully into character and really believe in whatever silliness they’re channeling. None of that happens here.

My fav in this episode might be the Young Frankenstein knockers riff, but I always love a “our heros!” riff.

Who delivered that riff? It was a perfect Gene Wilder impression.

I had to go back and check, but it’s Crow.

Also, Nader’s character had a few side-comment lines that amusingly surprised me for a 1967 film. And, well, made me check; and he was.

Now I have to watch it again through that lens.

If I was the director I’d be “GO FOR IT” for the pillow thing and the “EW, NO.” for the tongue thing.