The series is named the Pay Gap because women still only earn 82% of what men do, and performance lineups are primarily male-centric. Putting the spotlight on hilarious female comics and local musical artists is your way to clap back at the gaps in society – one show at a time.

More info on the event here: Pay Gap Music and Comedy Series | Rock What You Got™ 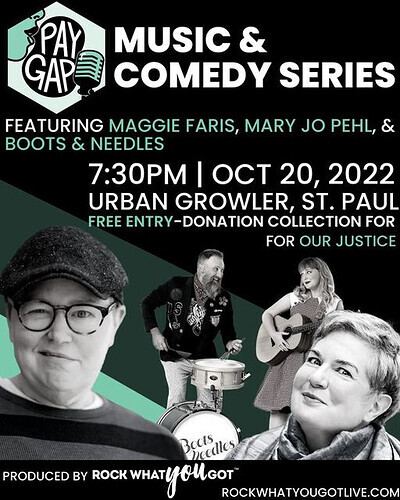