Were you (plural) thinking of skimping on the pâté?

Don’t skimp on the pâté!

If some amphibious beast consumed them, I submit that overfeeding it might be an appropriate “accidental” summum bonum.

Plus, the explosion would be worth it.

You are not allowed anywhere near Nessie’s cave. She didn’t steal your cheese straws. She’s been having a grand old time with the root beer float someone left for her. (I didn’t know we had any mugs that big!)

Where are the cheese straws?

Jack Lemmon had some, one says what for.

did you put them on the list to reorder?

Well then, whose fault is it that we’re now out of cheese straw?

It’s even in the by-laws.

did you put them on the list to reorder?

I think he said, “Blessed are the cheesemakers.”

Yeah, yeah. Baywatch lifeguard or whatever.

3am Lounge time
10am Greenwich time
9:67pm space and time

It’s going to be a long day. Anyone else need a half gallon to go?

Oi! That guy stole one of my wife’s tea cups!

It’s going to be a long day. Anyone else need a half gallon to go?

Could use a half-gallon now, and one later on.

Come with milk? Can’t use the non-dairy lightener without grumbling.

Sure. The cows and goats are next door. Have at it.

(I wouldn’t try for sheep’s milk, though. They’re fresh out.)

Sure. The cows and goats are next door. Have at it.

Last time I tried that I saddled the cow and milked the horse!

My Bon Voyage party is kicking off, from now until…whenever. I dunno. I’m still busy packing. 24 hours and I’m on a plane to Germany.

So, since the wursts I had in the fridge mysteriously disappeared

it’s going to be sauerkraut for breakfast until the schnitzel is done. And the beer taps are open, but have a little self-respect and wait until the afternoon to start drinking…

Ah, I see we’re also having beer-ios for breakfast. That takes me back to college. (I personally didn’t indulge in that, but when kick-off is at 11 am, pregaming starts when you wake up…) 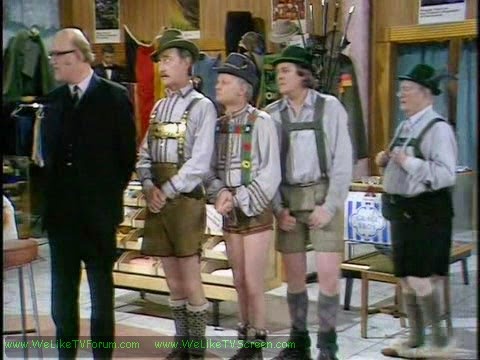 Woohoo! I’ve earned Regular status…I can be in here now!

Woohoo! I’ve earned Regular status…I can be in here now!

“This is (not is) the infamous official lounge for users who have earned the Regular badge (also Basic, Member, and Leader) BYOB”

Also, beware. Regular status gained can as soon be lost. Thou art mortal.

We all get irregular from time to time. It’s nothing to be ashamed of!