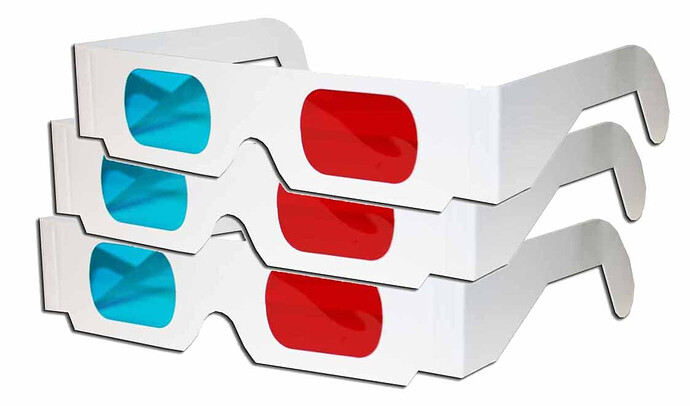 With The Mask premiering tomorrow- What classic 3D movies have you seen? Current polarized 3D is boring, but I love old anaglyph 3D movies. I’ve seen a few and I am always entertained.

Robot Monster was shot in 3D (except the stock footage of lizards fighting).
Revenge of the Creature (and also the first film) were both shot in 3D

Also, the John Wayne film Hondo was shot in 3D for some strange reason. It doesn’t improve it.

I also had some 3D comics, some old horror comics from the 50s (I don’t think they were EC) and then there was this guy- 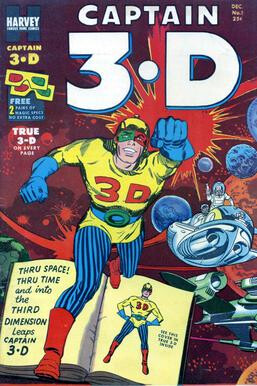 As a child of the 80s/90s, I remember my old NES game Rad Racer had the ability to go 3D if you hit Select. The screen would go all blurry and if you put on those glasses…not a whole lot happened. I think the car in the foreground looked a little bit closer to you, but everything else just looked blurry.

I think I had a 3d coloring book too. That’s all I remember.

The Sega Master System came with 3D glasses if you bought a more expensive model (or bought them separately.) Only a few games used them though. 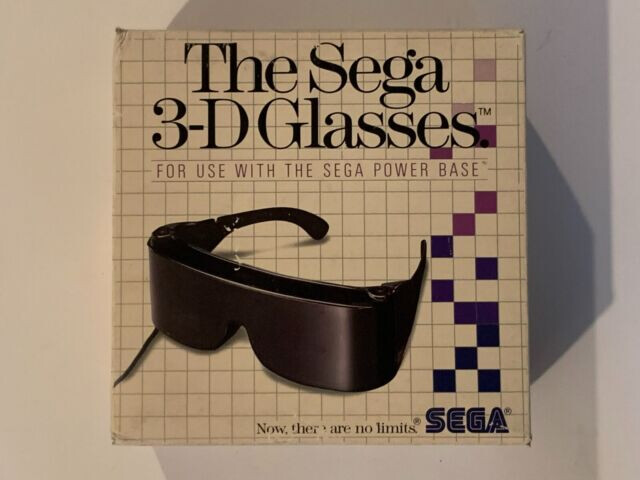 I don’t know what I saw of the classics, if anything. I used to enjoy the 3D IMAX stuff in the early 00, Haunted Castle, Ghosts of the Abyss, etc.

I’m not sure when the polarized glasses came into being, so I don’t know if this thread is intended for me… but I loved Hugo in 3D, Megamind was amazing, it wasn’t showy, but the depth of it, it put me right into that world. EDIT Dredd 3D was a trip, that was wild in 3D.

Resident Evil Afterlife was fun, it had an old school attitude in that it was just throwing stuff at the screen. Pure gimmick, pure fun.

On the other hand, Herzog showed how it could be used in other -educational- ways, with Cave of Dreams - that one brought viewers closer than they could get otherwise, and showed us the details, the brush strokes of the cave art.

As for the anaglyph, I have an Abbott and Costello comic in 3D

Alfred Hitchcock’s Dial M for Murder was also shot in 3D. For the longest time the only 3D movie I had ever seen was Captain EO at Disneyland.

I’d love to see Dial M For Murder in 3D! I guess that explains this publicity still. 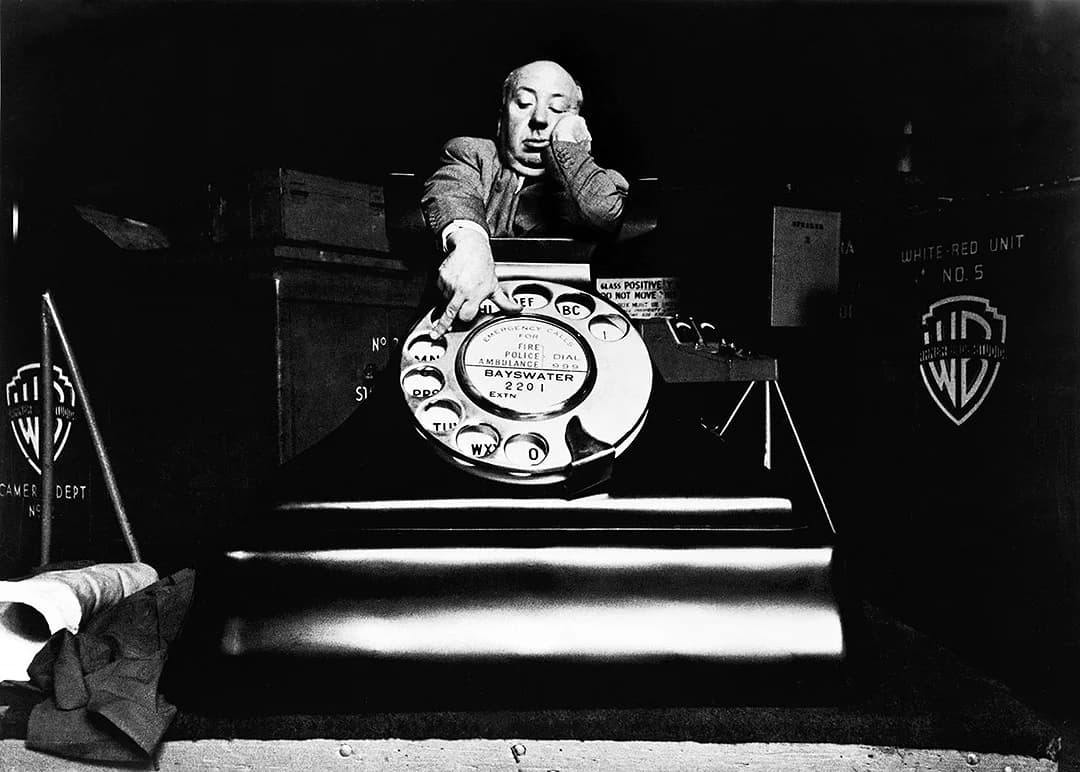 I distinctly remember I have the third Spy Kids movie in 3D. That movie I remember distinctly because of one sequence that is very amusing if you think about it in the context of an infamous freeware game.

I’ve never seen a 3D movie and I probably never will. It’s an annoying gimmick that distracts from telling a better story.

I REALLY wish the 3D medium wasn’t abandoned so fast. If Nintendo can do a small size screen without the need of glasses, why can’t tv manufacturers?

4K-8K gimmick is not that much of a difference.

The Marvel Movies mostly tend to use 3D Rather nicely, as does the Minion movie.

It’s an annoying gimmick that distracts from telling a better story.

It can be a gimmick, or it can be used very effectively. I think it was quite effective in House of Wax. It is a good movie and it is even better in 3D.

The only 3D feature film I’ve seen in a cinema was Spacehunter: Adventures in the Forbidden Zone. Quite a decent cast, but the tone is a little muddled. There’s a rumour that the original concept was considerably less family-friendly, but a change of direction and a serious budget cut made it the movie it is today.
Still, it is quite fun, with Peter Strauss, Ernie Hudson, Michael Ironside and a very young Molly Ringwald, plus the uncredited Harold Ramis (whose voice is unmistakable) and Colin Mochrie (although I’ve never spotted him).

Plus I’ve seen the Honey, I shrunk the Kids short at Disneyland Paris.

I’ve never seen a 3D movie and I probably never will. It’s an annoying gimmick that distracts from telling a better story.

How dare you! These are true artists! 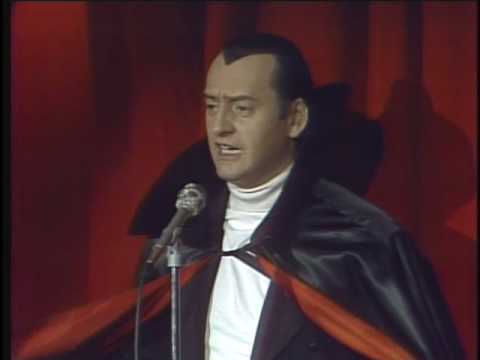 Did someone say cheap 3D tricks? 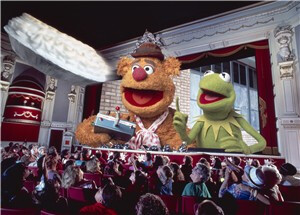 There’s only one scene in ‘Dial M for Murder’ that’s enhanced by the 3D, but it’s a doozy.

When I moved into my new digs, I needed to replace my old CRT TV, so I bought a 3D ready projector. I’ve been collecting 3D films for quite awhile, and I counted up I already had 97 of them.

A lot of IMAX 3D movies are good, especially the ocean-centered ones

I have no depth perception IRL, which is why I’m kind of addicted to 3D.

You can also download some 3D comics, including the above mentioned ‘Captain 3D’ from the Digital Comic Museum.

This’ll sound corny but the best 3D experience I’ve ever had was at Disney World. The “Mickey’s Philharmagic” attraction is polarized 3D and it was still pretty cool even watching it as an adult lol. I don’t tend to watch movies in 3D cuz I feel like I’m going cross-eyed (though I’ve never been anyplace like an IMAX theater or seen a real recent movie in 3D so maybe that’s better.) But we had some red and blue cartoon books or something as kids, the kind that came with their own glasses and you found em in kids magazines or cereal boxes or whatever, and I kind of think that’s even cooler than 3D movies lol

This’ll sound corny but the best 3D experience I’ve ever had was at Disney World. The “Mickey’s Philharmagic” attraction is polarized 3D and it was still pretty cool even watching it as an adult lol.

Not corny at all! I agree Philharmagic is great! Muppet 3D is fun too (which is where the picture up there came from). Both could use some updating, but the overall effect is well used and great fun.

You haven’t lived until you’ve seen A Very Harold and Kumar Christmas in 3D.