The Best From Your Birth Year

You missed a perfect opportunity to say “Surely, the greatest film of all time.”

I only had three released the year I was born, all in the KTMA season: The Last Chase, Humanoid Woman and Invaders from the Deep.

I guess my birth year was too good for bad movies. I was born in 1966, the year before the huge creative explosion of 1967 brought on by the Summer of Love, the end of the Film Production Code, the Beatles levelling up, the Velvet Underground arriving, etc. 1966 was kind of slow by comparison.

Film: This was the year Manos was filmed, but… I’d have to go with The Good, the bad and the Ugly for drama/action and A Funny Thing Happened on the Way to the Forum for comedy.

TV: Star Trek for drama/adventure. Probably Get Smart for comedy.

Books: I’m embarrassed to admit I don’t think I’ve read a single novel from 1966. I started reading Thomas Pynchon’s “The Crying of Lot 49” but put it down after reading the same paragraph for the 74th time and still not absorbing it. Maybe I should try reading it somewhere other than my lunch break at work. “Flowers for Algernon” came out that year but I only read the short story, not the book.

Album: “Revolver” by The Beatles

Yeah, a genuine embarrassment of riches. Plus me.

Another I remembered - The Marvel Age of comics began in 1961 with the publication of The Fantastic Four #1 in August (cover date, Nov) 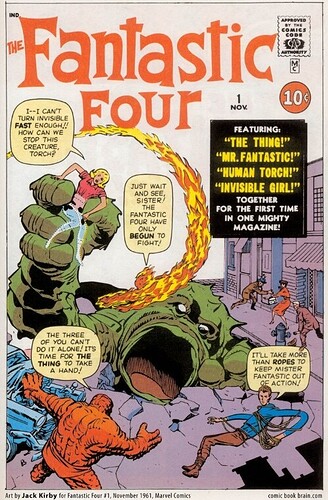 I was a big comic book geek, and still am, though now I’m more into stuff like Ed Brubaker’s crime and noir comics and graphic novels. However, I’ll still pick up a Marvel and sometimes a DC comic (Tom King’s “Supergirl: Woman of Tomorrow” has been amazing, it’s out of continuity and is kind of “True Grit” in space).

I was also born in 1981, so I’ve got to pick something different, just to make it interesting.

TV: Dallas. (My parents, when I was in utero, had a party for the second part of the “Who Shot JR?” cliffhanger.

Book: A Light In The Attic by Shel Silverstein.

Cool! In my birth year, the new X-Men first appear as do Jamie Madrox, Moon Knight, Nova, Ben Reilly, and Lady Shiva. The Joker also gets his solo series that year.

I love comics, but don’t buy them as much as I used to-- they’ve gotten too expensive for me to get outside of trades/manga.

A Clockwork Orange: the movie I think about the most from that year. The Andromeda Strain : probably the movie I’ve seen the most from '71. Staying with movies: Willie Wonka and the Chocolate Factory is one of the most famous movies I’ve never seen.

Hurm. Wasn’t sure I could find anything but I came up with:

On the big screen was MASH and Patton.

Radio waves were lit up with “Mama Told Me (Not to Come)” by Three Dog Night and “Venus” by Shocking Blue later covered by Bananarama in the 80s.

In print, at long last, was Spock Must Die! checks sources Yeah, that’s the title. o_0

I watched The Andromeda Strain for the first time this year and I really liked it. I read the book when I was younger and didn’t get what was going on, but I really enjoyed watching the movie. The cinematography was great and I liked the slow build-up of the story.

First album from The Beatles (Please Please Me) seems a pretty safe choice, and The Kinks, Bob Marley and the Wailers, and the Yardbirds all formed.

In cinema, probably my favorite of the 1963 releases is It’s a Mad Mad Mad Mad World; also Corman’s The Raven, Hitchcock’s The Birds, and From Russia With Love, The Nutty Professor, The Pink Panther, X: The Man with the X-Ray Eyes and (shudder) The Skydivers.

In literature, I have to go with Vonnegut’s Cat’s Cradle. Special mentions for Sendak’s Where the Wild Things Are, Spike Milligan’s Puckoon, Charles Schulz’s Happiness is a Warm Puppy and Richard Feynman’s Six Easy Pieces.

In television, it’s hard to top the debut of Doctor Who. Also, Mutual of Omaha’s Wild Kingdom and The Outer Limits.

Film: Very hard to pick, since a lot of movies I love came out that year, but I’ll go with the one that was number 1 in the box office the week I was born, which is David Cronenberg’s The Fly, which just inches out Blue Velvet as my second place pick.

Album: The Smiths’ The Queen is Dead.

Song: Too much of a hipster to go with a radio single so “Don’t Want to Know If You are Lonely” by Hüsker Dü.

TV Series: Peewee’s Playhouse, edging out The Real Ghostbusters by a thin margin. I loved both of these as a kid. 1986 wasn’t the best year for TV shows debuting, it seems, since I’ve only ever heard of Matlock through The Simpsons and didn’t even recognize most of the other shows aside from Alf.

Video Game: A lot of classic games came out the year I was born, but the majority were for the NES, and we didn’t have a Nintendo console until the N64 came out when I was ten, so I never played very many of the classic NES games aside from the original Super Mario Brothers and Duck Hunt and whatever ones that you could play in the first Animal Crossing game. So my favorite game out of that year has to be Bubble Bobble. Love me some Bubble Bobble.

MST3K movie: There were only three. I’m going with Zombie Nightmare. 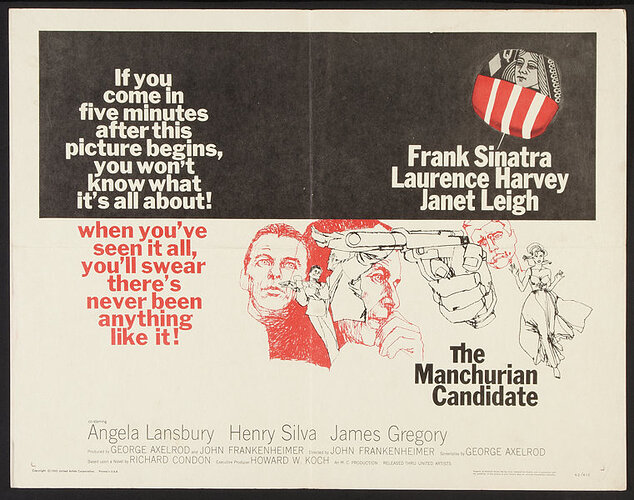 I just found out I am Manchurian Candidate years old. This was the first movie I owned on DVD, because we were in Target and my mom made big puppy eyes. Which she never did. It was like seeing Richard Nixon make big puppy eyes, but shorter and with better hair.

Albums worth noting:
Innervisions
The Dark Side of the Moon
Let’s get it On
Jesus Christ Superstar (Original Concept Album Feat Ian Gillan)
Tyranny and Mutation (Not a fan of Blue Öyster Cult, but I went to college with the bass player’s daughter, so I thought I’d give it a call out)
Closing Time

Books worth noting:
Breakfast of Champions
The Princess Bride
Sybil
Gravity’s Rainbow
Crash (David Cronenberg adapted it into a movie in the 90’s)

Oh yeah, and I was born just after Nixon’s infamous 2nd term inauguration.

Sendak only gets a mention?

I loved that book growing up.

Video Game: A lot of classic games came out the year I was born, but the majority were for the NES, and we didn’t have a Nintendo console until the N64 came out when I was ten, so I never played very many of the classic NES games aside from the original Super Mario Brothers and Duck Hunt and whatever ones that you could play in the first Animal Crossing game. So my favorite game out of that year has to be Bubble Bobble. Love me some Bubble Bobble.

My favorite film score ever.