Cronenberg. Aloof, ajar, forceful. Debra Hill. Kind, sweet, soulful. The Dead Zone (1983) is a Chicago blend of caramel and cheese popcorn. David’s gravity and Debra’s humanity. Together it’s David’s most grounded work and Debra’s most disturbing. Christopher Walken endures impossible misfortune and Martin Sheen is the anti-West Wing as they battle for the future. Everything is up for grabs in this Stephen King gut punch mixing drama with the unknown. Unusually fine movie or another King adaptation? 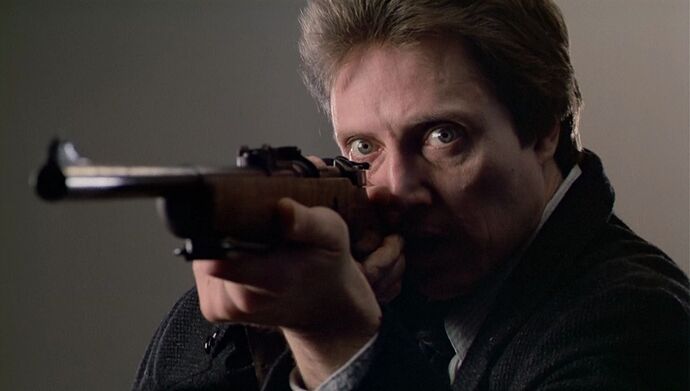 I LOVED this movie as a kid. I didn’t see it in the theater, instead saw it on cable when it came out there. I can’t count how many times I watched it, but know I haven’t seen it once since then. Since then I did watch the Dead Zone TV series back, what, 10-15 or so years ago with Anthony Michael Hall.