Is this the greatest scene in movie history? 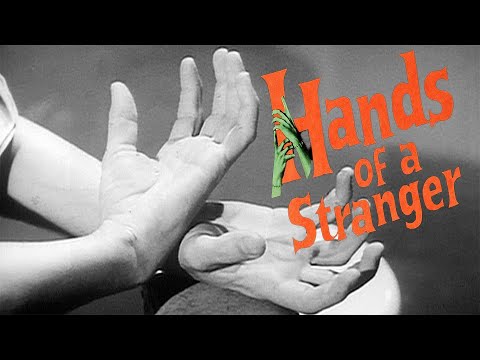 ✂️ Mother Goose and the wee people in the glen

The rest of the film can’t quite live up to the hysterical wonderment of this brilliant clip, though it does have some very peculiar moments. And, sadly, the plot development promised in this clip is not really followed up. (Do we have to say “spoilers” for a movie released in 1962? If so, home up-arrow up-arrow up-arrow SPOILERS.)

It’d be really tricky to riff this one in a family-friendly way. I think I’d be letting fly with so many jokes about inheriting the hands of legendary creepy sex pests like Sen. Packwood, etc.

But I probably wouldn’t get permanently ejected from the writer’s room until the tenth or eleventh time I started singing Fuel’s “In My Hands.”

I agree that this miserable, missable film would be very hard to riff. It’s a very strange movie. I have a load of respect for the actor who plays the police detective - he manages to deliver the most absurd speeches with a certain amount of quirky grace. The protagonist is simply unlikable all the way through. I hate myself for laughing so loud at the scene with the kid playing the piano but I can’t help it.

And I completely lose it at DO YOU KNOW THAT FOR A FACT?1

They’re talking so fast (I have sound off) that I had to pause at the Mother Goose line so I could actually read the whole thing. Mostly because it makes no g-----mned sense whatsoever so I had to read it reaaaally slowly.

But just based on this scene I hope someone riffs this movie!

So…what’s the deal with Mother Goose?

Like, I’d hope, just from a narrative perspective, from a sanity perspective, that the characters (or at least the audience) have some backstory that explains the sudden reference to “Mother Goose and the wee people in the glen” but I have a bad feeling about it.

The Mother Goose reference makes no sense to me either. It seems to be completely random. YouTube’s caption bot seems to think the good doctor is saying “wheat people of the glen”, which takes it to a whole new level of bizarre. But whatever it means, both characters look wonderfully ashamed afterwards.