🦃 The Final Turkey Day Vote is LIVE! 🦃 It's a beach romp battle between CATALINA CAPER and HORROR OF PARTY BEACH!

For our final Turkey Day ranking, you must choose between the comic stylings of Joel-hosted CATALINA CAPER or the salty flavor of Mike-hosted HORROR OF PARTY BEACH! CAPER has Little Richard, but HORROR has the zombie stomp. What I know for sure is that SOME of you will think this choice is impossible, and SOME will think it’s easy, and OTHERS will hate both episodes! That’s what makes it fun!

We’ll have the final rankings and some additional Turkey Day announcements for you very soon, so stand by for that. Thanks again to everyone who participated in this year’s (early) Turkey Day voting!

No more capers, please. Find something else for the Turkey.

Meh. Either or. Ultimately I think I’d enjoy Catalina Caper a bit more but whatever.

I wanna see Tommy Kirk fight a hot dog sea monster. How do we make that happen?

No contest, Catalina Caper gets my vote, just so I can listen to Little Richard while I eat turkey.

“Littering the beach like spent cartridges on the battlefield of love…” Catalina Caper was one of the first MST3k’s I watched, and so I am irrationally fond of it.

I wanna see Tommy Kirk fight a hot dog sea monster. How do we make that happen?

I absolutely read this in Crow’s voice.

Not often I vote for horror, but definitely this time.

I love the way Kevin sings,

“Chances are, that I’ll kick your scrawny ass”

For that, and that alone I’m casting my vote for Party Beach!

How could that possibly best “Creepy Girl”?

It just does, the timbre and tone are impeccable.

Party Beach pretty much bests Catalina Caper on all phases. 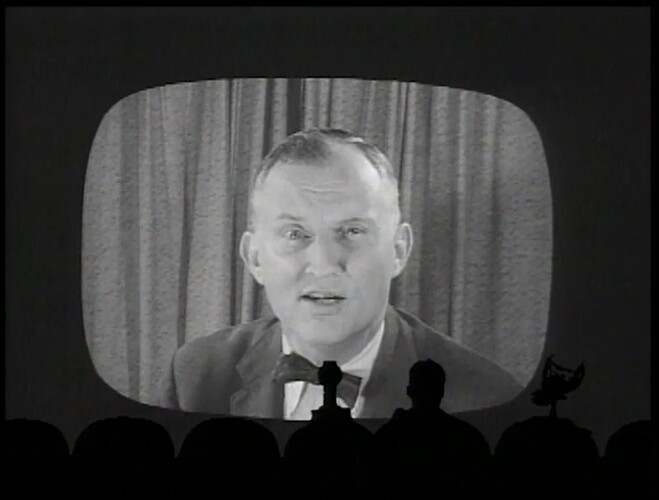 On behalf of HUMAN BEANS everywhere, I have to cast a vote for The Horror of Party Beach.

There can be only one!

As they did last year, they continue the vote to the end, and crown one, the King of the Turkey’s

Both of these are part of our final 4, so even if one loses, it’s not lost.

Who doesn’t love a good party?

Who doesn’t love, and already miss the beach(if you live in the norhern hemisphere at least)?

Now add a pinch of Mike and the bots and there my friends, you have perfection.

Until the Mike reference, I wasn’t sure which movie you were talking about.

The first two lines were hinting at the title of the film, but in hindsight I can see the confusion considering both movies do include both parties and beaches…