I built these custom frames for my posters. 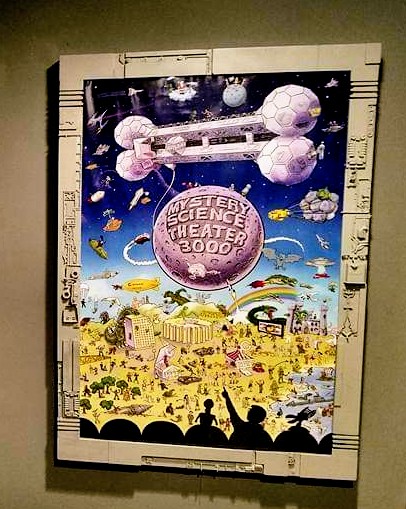 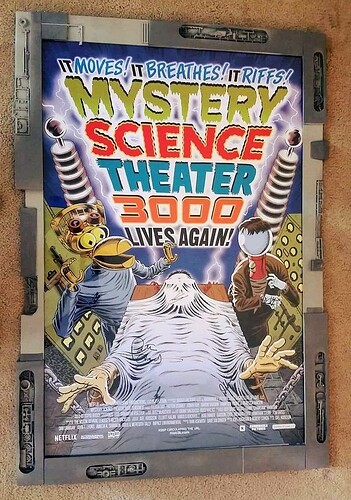 Very nice, so on brand for the show. How’d you do it? Kinda looks like scrap wood with parts added, but I suspect more devious genius at play than just that.

Routed out wood panels, ripped apart some model kits and tinkered until they looked right

I may do something similar with my posters. I’m gonna need some small junk to put in there. I’ll have to look for castoff spare parts after Christmas.

Go buy clearance model kits and use those 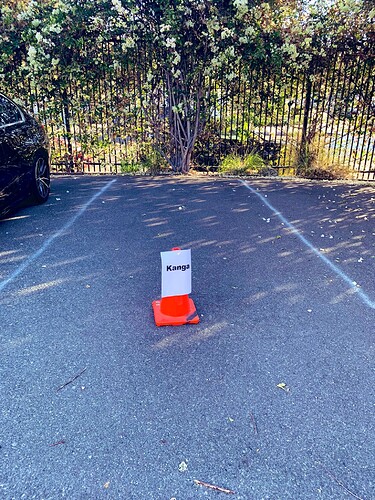 Well I made this pic based on the photo. I call this: the Kingaroo. 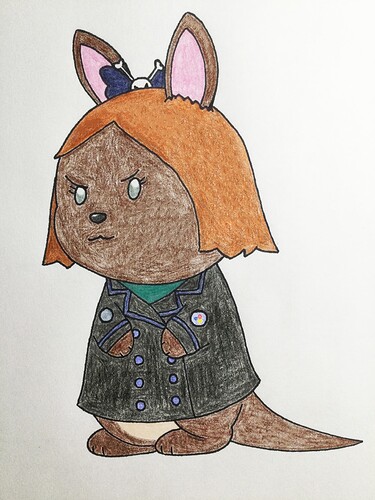 It’s wonderful! I love how angry she looks! 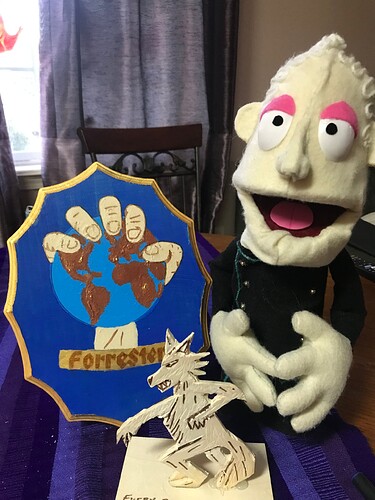 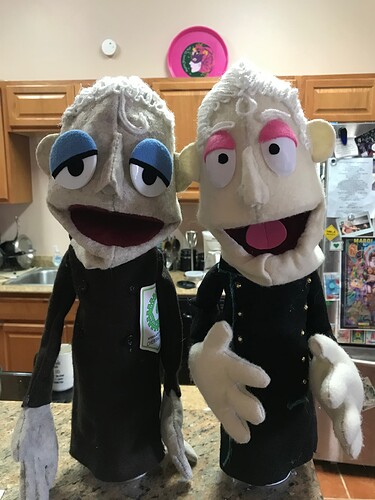 image1920×2560 266 KB
For my Krewe’s upcoming Patrick Swayze Christmas Party, I decided to make special gifts for three members who’ve been most helpful that go along with their chosen characters… for our Jonah I made a little wooden Rougarou a’la “every country has a monster,” for our Pearl, I made a Forrester family crest so that wherever she resides shall be Castle Forrester! And last but not least, every Mad needs a punching bag, and myself as Dr. F has Puppet Frank, I figured our Kinga could use a Puppet Son of Puppet Frank AKA Max.
And here’s another photo of Puppet Frank and Puppet Son… I have to admit to being a little shocked to see how far my skills have come in just a year and a half between the two.
20 Likes
NotTVsFrank December 5, 2021, 8:46pm #187

I guess this could technically be fan art, but my friend, Tom, and I lipsynched to the Patrick Swayze Christmas host segment last night for a Holiday drag show. I (Santa Sweater) played Crow, Tom was Tom, and my friend (red llama sweater) played Joel. 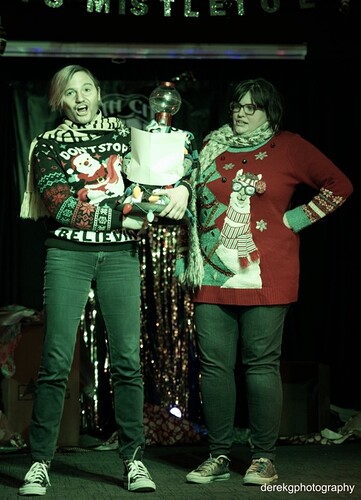 Emily was gonna take care of Cat Mega-Synthia for a while, but… it didn’t go as planned. 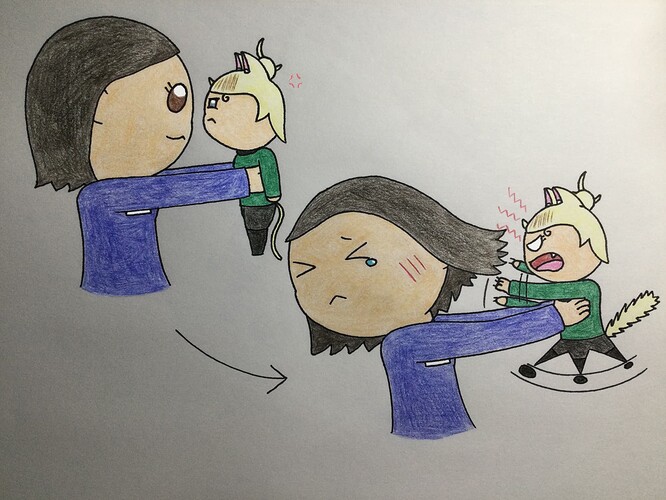 Here’s another that I made after Season 11. Pour one out for M.Waverly. 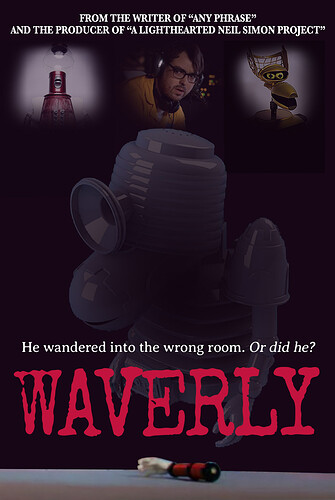 When I first reacted to Waverly’s apparent “death”, I was gonna write a eulogy about him while this song plays in my head:

That was until I found out that Servo rebuilt him back to life and I was a bit surprised that Waverly came back well and all; and then I was like: “if anything bad happens to this pure adorable orange cyclops again, Crow’s gonna get it.”

And here’s something I must have made when I had too much free time between Seasons 11 and 12. The art is a bit crude, but it was fun to put together. Enter the nightmare-fueled world of “Goodnight Moon 13!” 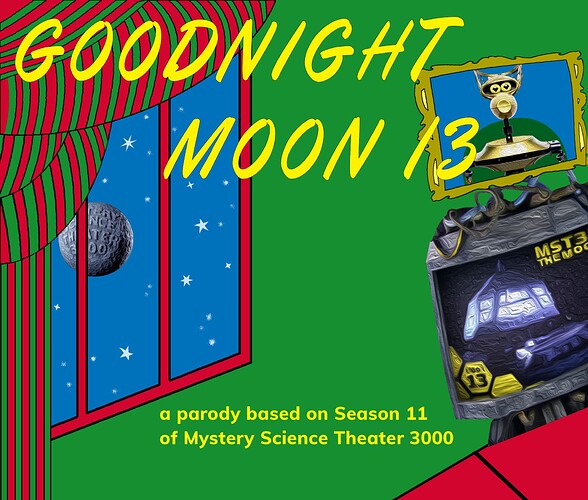 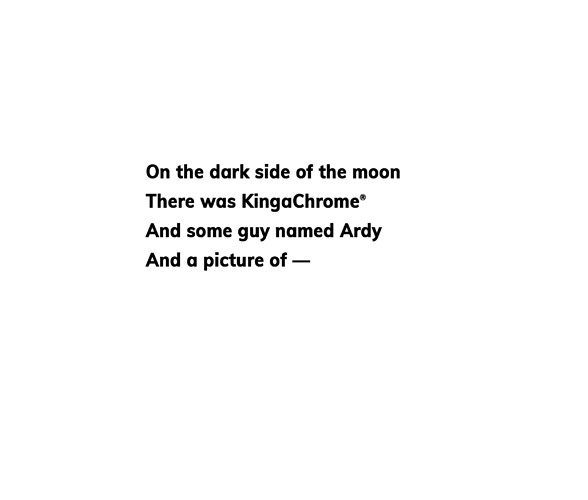 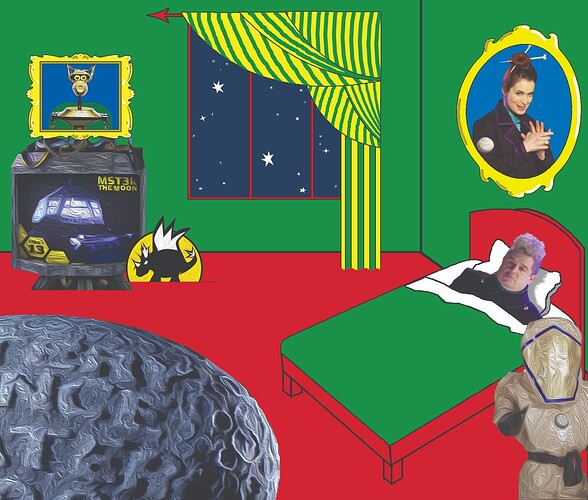 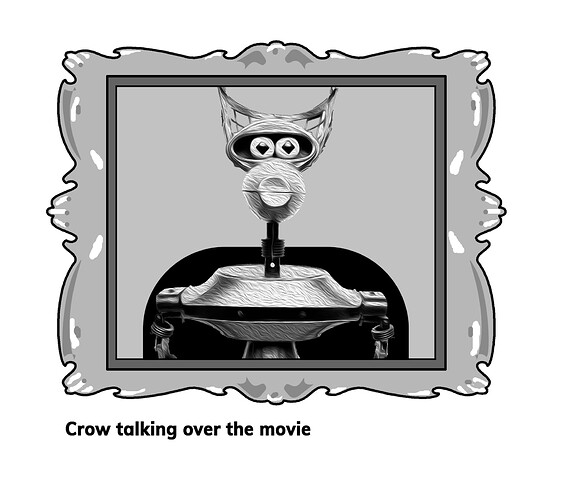 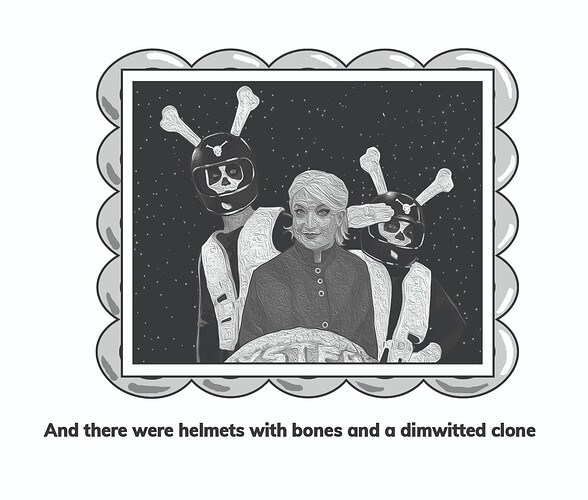 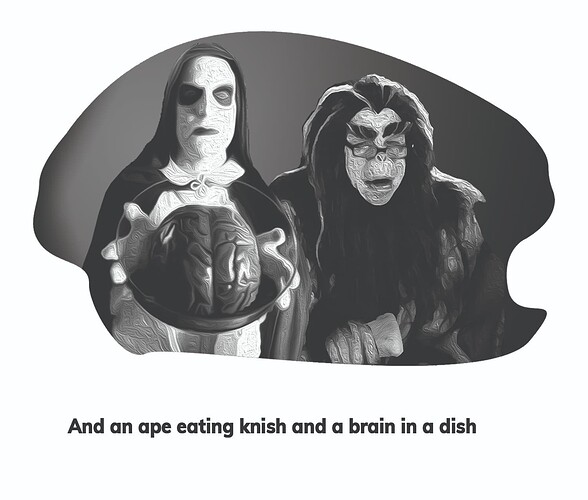 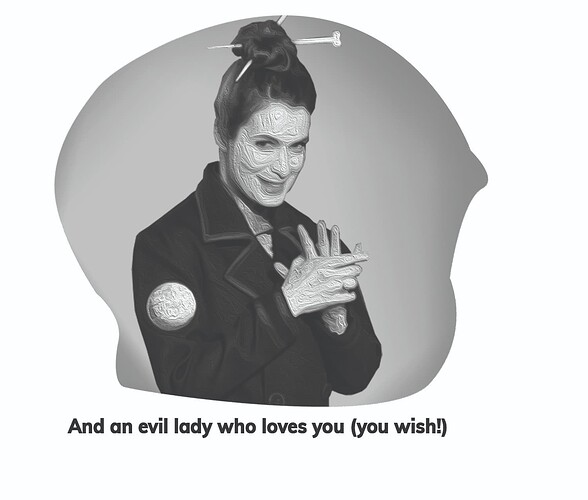 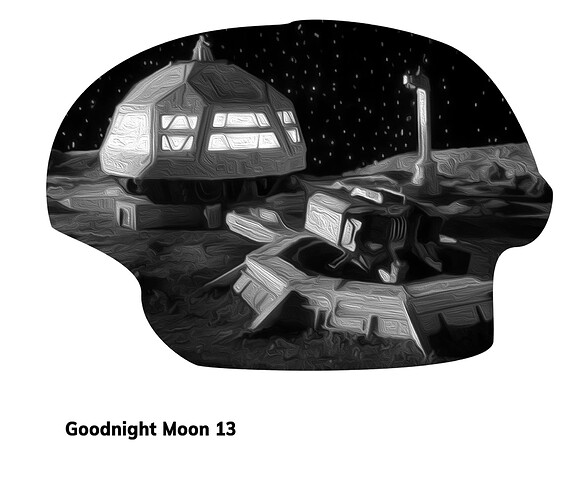 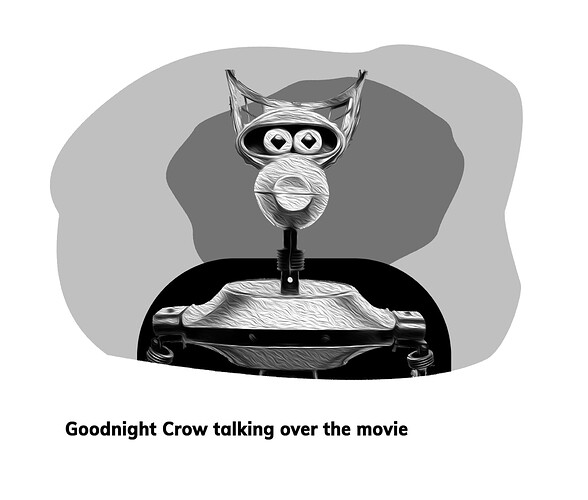 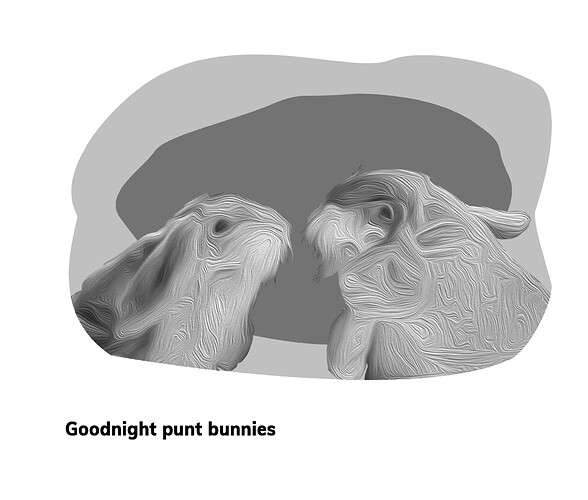 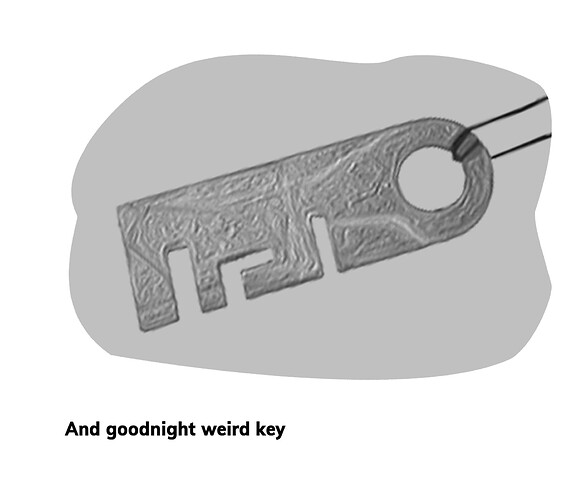 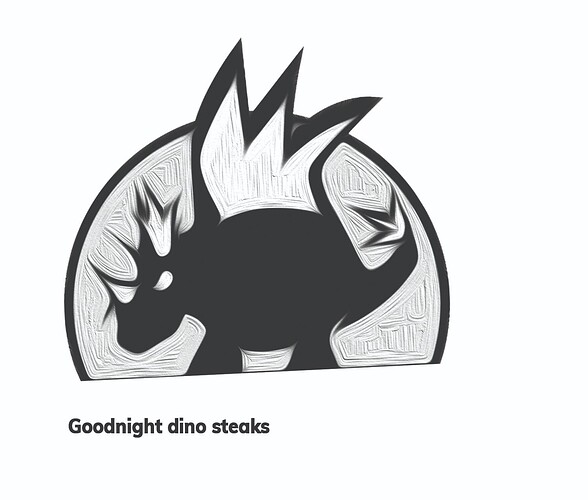 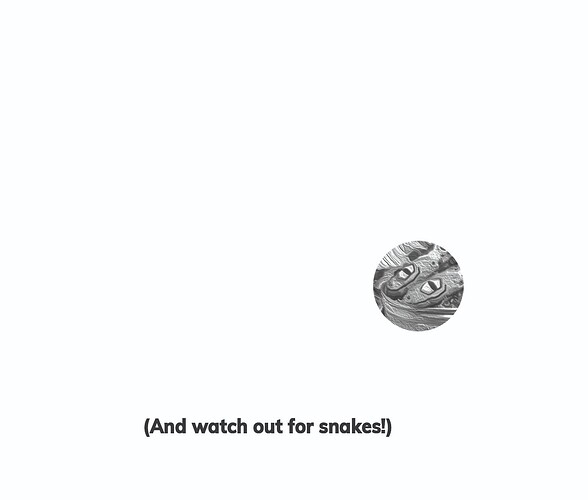 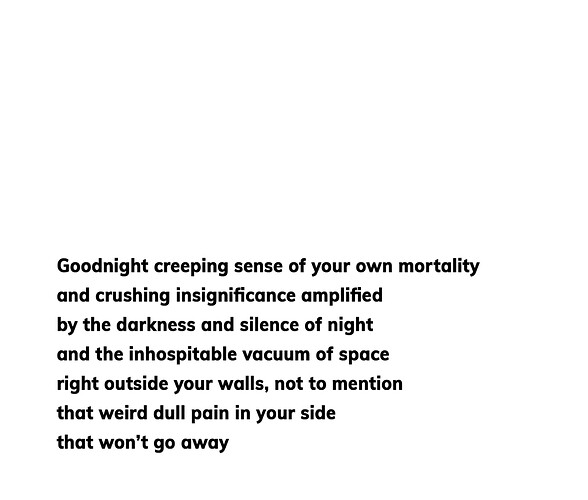 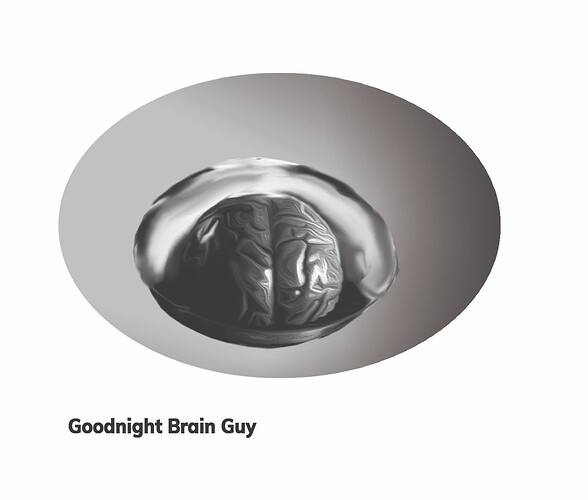 I LOVE it, so expressive!

I asked my much-more-artistic son to decorate my MST3K Secret Santa card. 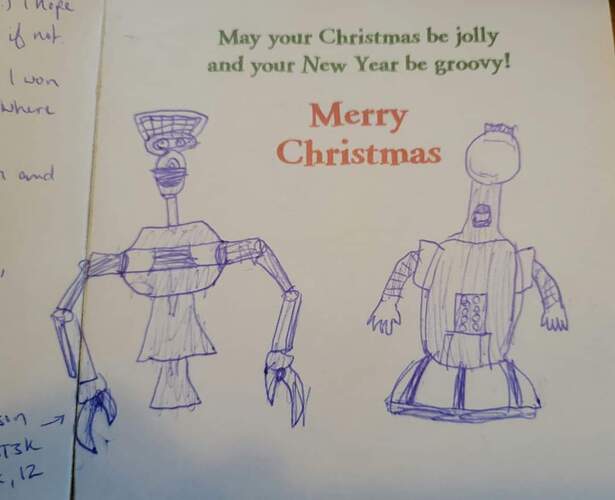 We failed at cookie decorating this year (December wasn’t the greatest month…) but I got my sister some MST3K cookie cutters ao we tried them out! 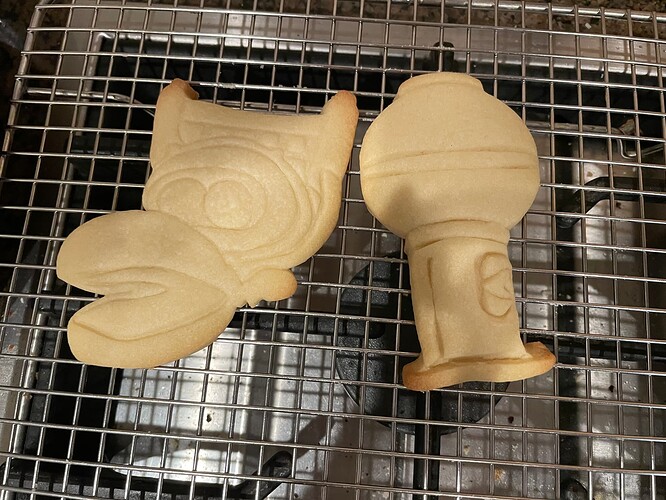 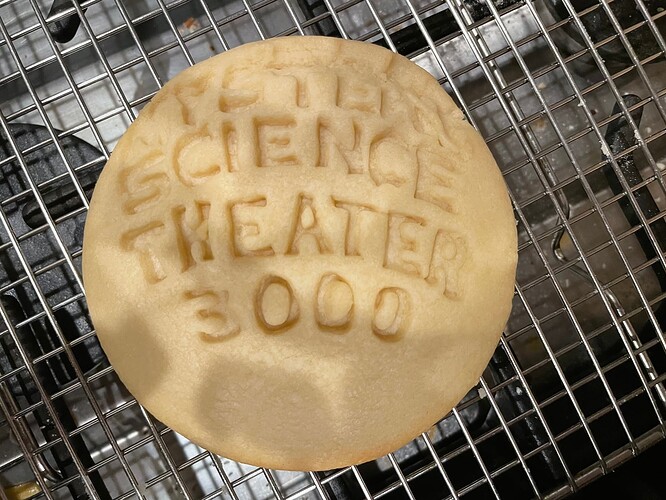 They’re the last cookies remaining so maybe I’ll get inspired and whip up some icing in the next few days.