I’m just seeing kinda random posts about this show, so I thought I’d start a new topic to get everything together.

Anyone but me watching it? I can’t say I love it, but I’m enjoying it enough to watch all the episodes so far. I do like that we see more of the folks working at the QL project, but YMMV. I’m not sold on the romance angle yet, but I’m not hating it.

Ben’s not confined to his own lifetime, apparently, which does open up the storytelling possibilities, so we’ll see where that goes.

I’ve been watching it. Watched more episodes than not of the original back when it was on teevee. I don’t really like all the stuff at the project. I prefer how the only connection the viewer had to the present in the original was from Al visiting Sam and telling him what Ziggy thought.

I completely plan on watching it, but I can’t say when I’ll get to it. The trailer looked WAY better than it had a right to.

Haven’t seen the new show, but with the original I was always excited when we’d get a little peek into what was going on at the project headquarters. But I also recognize that part of that excitement was the rarity.

It might be a way to get the audience relating to the hologram earlier. Yeah, we all love Dean Stockwell’s Al, but it took approximately forever before we knew anything about him other than he liked to insult his ex-wives. For a 3D hologram, he was awfully one-dimensional for a while.

I made a funny! But also, I hope, a fair observation.

Been watching and seen all 4 so far. It is improving as it goes, and ep 4 with more about Magic was really quite good. I’m finding I like it much more than I thought I would. Hard to discuss it more w/o spoilers.

I’d say what I think of this show, but it’d break the no politics rule.

From what I’ve heard of reviews, and even scott bakula himself passing on it after he read the pilot…might have made the right choice. and it sounds like a waste of ernie hudson, who SHOULD have been the new Al.

The original is a much beloved classic that treated people from all walks of life like actual People. It made you think without pounding the idea over your head with a brick…it made you laugh, it made you cry. It focused VERY little on the future, which made it mysterious and fun when they did spend time there.

The kids running shows these days don’t believe in that anymore, and thus the legacy of QL, like so many others , gets ruined.

MAYBE I’ll check out the pilot out of curiosity sake, but from what I’ve heard, it ain’t good…and is rather boring.

It’s mixed but as I always say, I’d rather form my own opionion of tv shows and movies than base them on somebody’s else’s perceivance of them. To borrow from Chevy: I’m Greg Barnes, and you’re not. I see things in ways many don’t, so why trust them over me? Drops mic.

Supposedly, it picks up after the 3rd episode.

Also, I wouldn’t be surprised if Bakula eventually has a cameo in a future season.

The pilot didn’t hook me, so I just decided to ignore it for the rest of the season. If there wind up being any stand out episodes that get some critical attention, then I’ll go back and give it another shot if it looks like they’re getting renewed for a second season. Otherwise, I just can’t see wasting the time and energy. Too many other things to keep up with.

I was a fan of the original show, but not so much when it dipped into religion.

I’ve watched all 4 episodes of the sequel, and… it’s been interesting. I’m enjoying it. It’s not my favorite show ever, but it’s fun. I think it keeps to the spirit of things, while updating for a new generation. And I like that they’ve added a mystery element to the present. And put in some good ties back to the original show.

Except it’s not really all that much of a mystery because we were told before the pilot even aired that he’s trying to find out what happened to Sam, so I’m pretty sure that’s the mysterious secret motive he’s got, and I’m hoping that comes to fruition in the season finale.

The reveal in this week’s episode was pretty good, though.

So… I’m going to stick with it and hope it gets better. But for now it’s good enough.

So it’s sequel not reimagine?

I’d say it is somewhere between sequel and spinoff, with a spritz of reboot.

Ernie Hudson reprises his character from the previous run.

It’s a sequel. They know about Sam and Al, and Al’s family are part of the plot.

No Gooshie though. RIP Dennis Wolfberg. 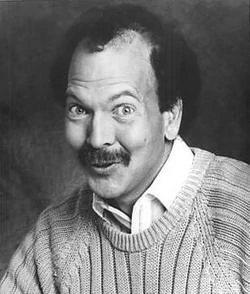 As he would say, his coffin is the one with the bulge on the head side, ladies and gentleman.

he wasn’t in the original series. returning character, new actor.