This guy showed up on Saturday and I finished it this evening. 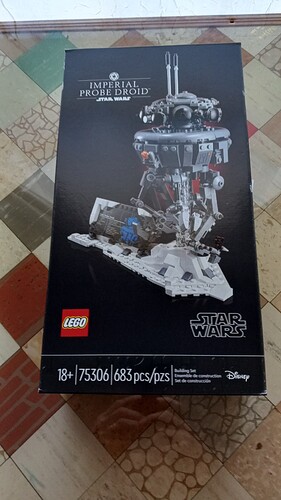 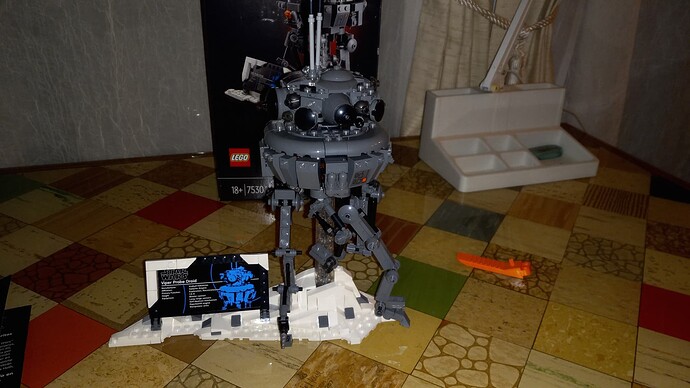 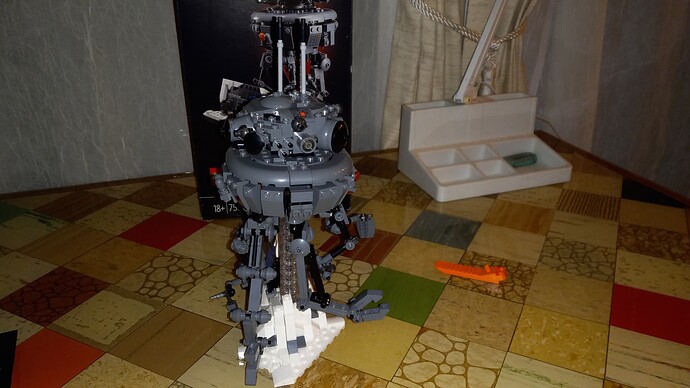 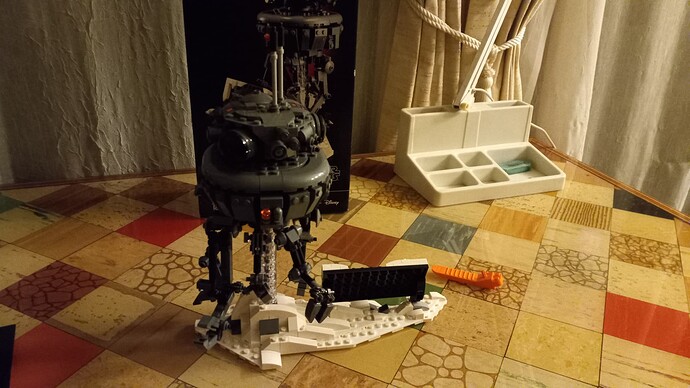 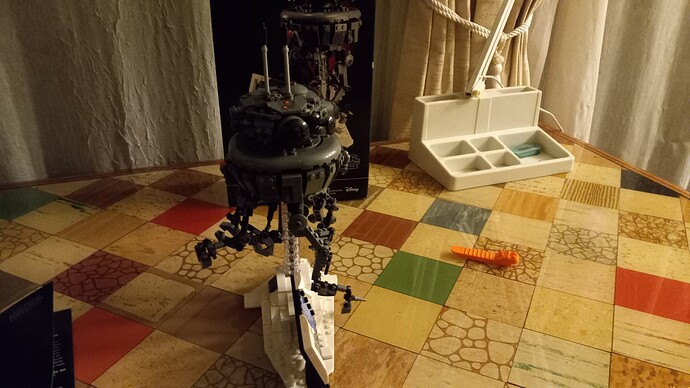 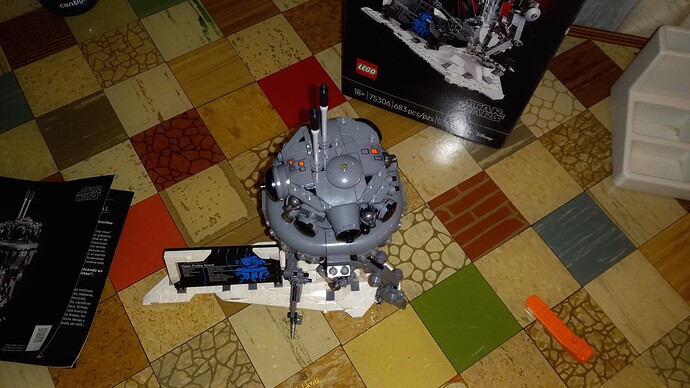 Oo, he’s nice, I’d like to see him battle a platoon of Mandalorians !

won’t be much of a fight, they seem to have some sort of self-destruct.

Going by Empire Strikes Back, how many turns do you suppose the Mandalorian Minifigs would have to attack before the probe self-destructs?

My guess is maybe 3?

Sounds right. I think Han hit it twice? Of course, this model is much larger than minifig scale, so whatever the figs fire at it, they better make it count.

Well, being Mandalorians, I think they might get a “to hit” bonus, or at least a “critical hit/ called shot” modifier…if they use whichever specific weapon they specialize in.

I think the challenge would be, again, to take the probe out before it sends a communique for support, then you find yourself fighting a giant Great Dane, or huge mechanical chickens.

And finally a toy I thought should have been made 35 years ago is finally in my hands. 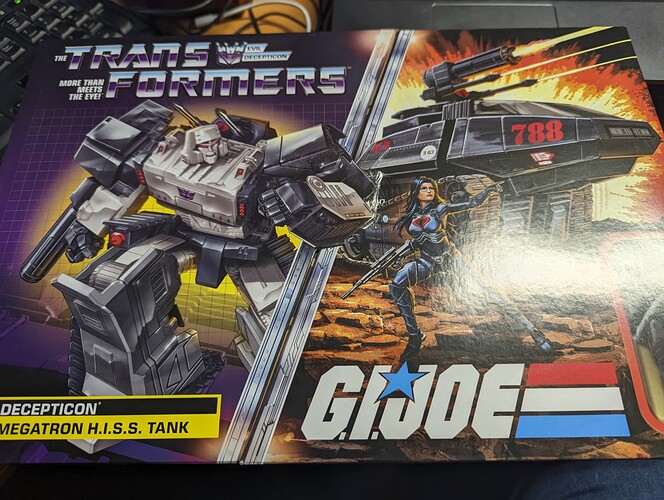 I’ll be cracking that open after work is done.

Oh my. The new Lego modular building is going to be a jazz club. Gotta have it!

With the very original name of ‘Jazz Club.’

Well, the diner is called DINER, so… Actually, that has a real name on a smaller label, so maybe this one will, too.

I can’t tell, is the outer column itself made of bricks, too?

Not quite what I was hoping for, but should look good on my modular display (once i build it and the other 3 sitting in boxes still until I have the space to display them all together…)

I got the new Scott Pilgrim figures the other day. They pair well with the costumes my wife and I wore for Halloween (gulp) 13 years ago. 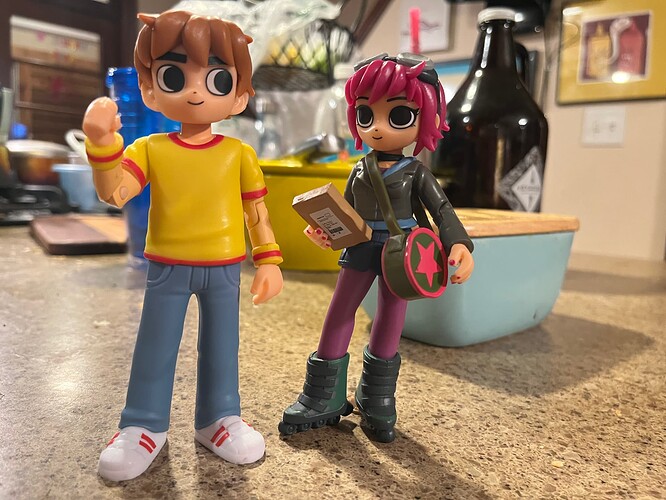 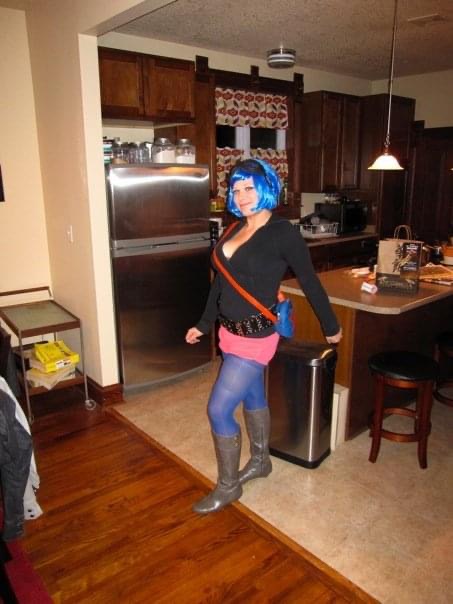 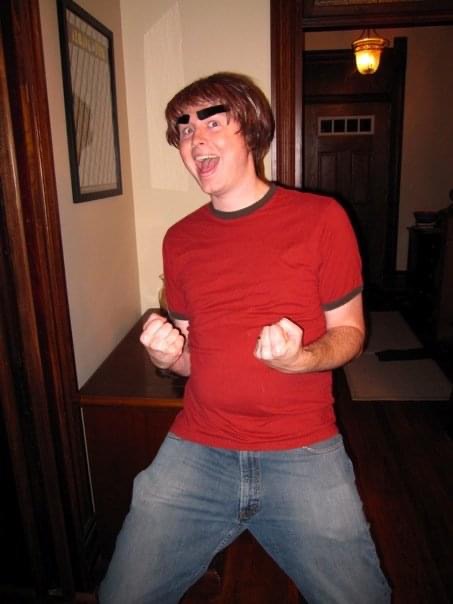 I can’t tell, is the outer column itself made of bricks, too?

The multi-colored part is. If I had to guess I’d say that whole section of the column was removed and replaced with Legos and then parts of it plastered over to give it the “broken-out” look.

I got the new Scott Pilgrim figures the other day.

I have them on pre-order. How do they feel quality wise?

I just got the display case I have been wanting as an early Christmas present. Mostly because it was too heavy, and my wife did not want to try to drag it in off the porch by herself without my seeing it… 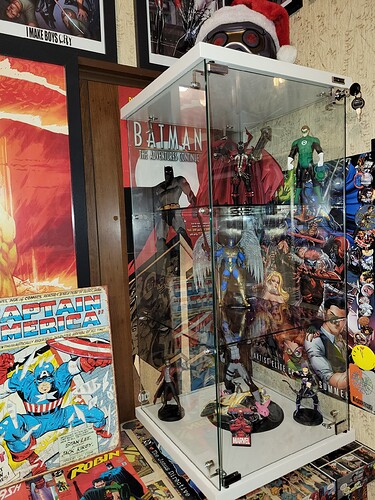 20221214_1837411920×2560 734 KB
I have a light kit on order for it. You can’t really tell because of the flash from the photo, but the overhead room lighting leaves most of the top two shelves in deep shadow. I was planning to do a Spawn decoupage on it to match the book case it is sitting on now, but I am not sure if I want to go through the hassle of disassembling it and putting it back together again. Maybe once I get a few more Spawn figures to fill it out I will be more excited to work on it.
6 Likes
Majorjoe23 December 15, 2022, 2:05am 458

I think they’re pretty great, good material, not too fragile feeling. The only downside is they have no leg articulation.

And now for a vintage toy that asks, “What if Frank Castle donned the Spider suit?” 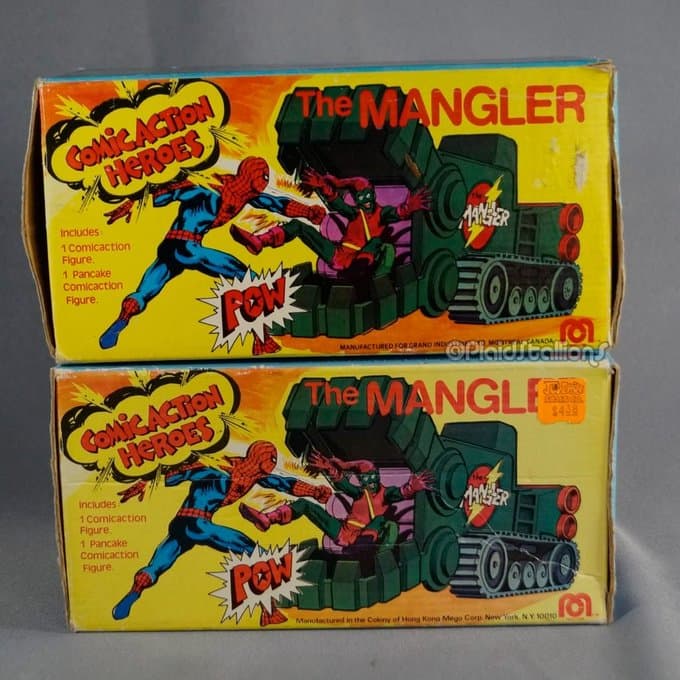 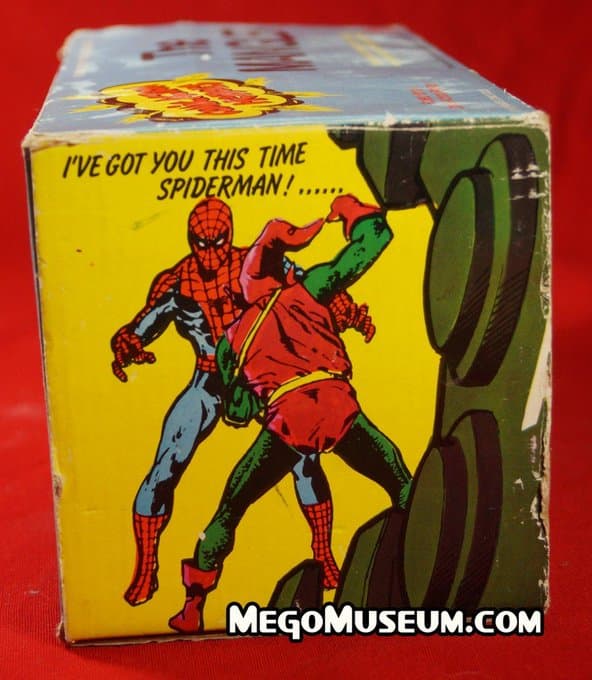 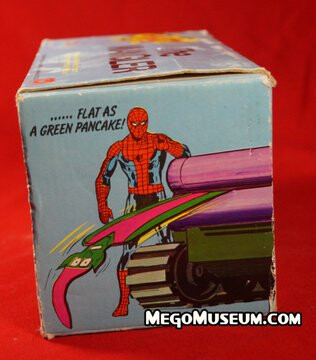 Whenever I see a thread like this, I always think back on the toys as gifts and why I want some replaced. With a house and two storage break-ins (wow, how can one guy get so lucky) over the years, what I want in having them back is the connection to the folks who got them for me originally. Some to be sure are also reminders of how I got into and do what I do (esp in this too long unemployment stretch) That connection to young and fired up me.

I had a few relatives who just had this nailed when it came to gift-giving, a lot of it unexpected. Wish lists aside, I recall one Great Aunt who must have had an in at a toy store- she always surprised and introduced me to some greats. But yeah over the years, the ouch of the thefts is more in who the connections were with… so if I could ever afford to… (and sure there are others, but this page here, you bet 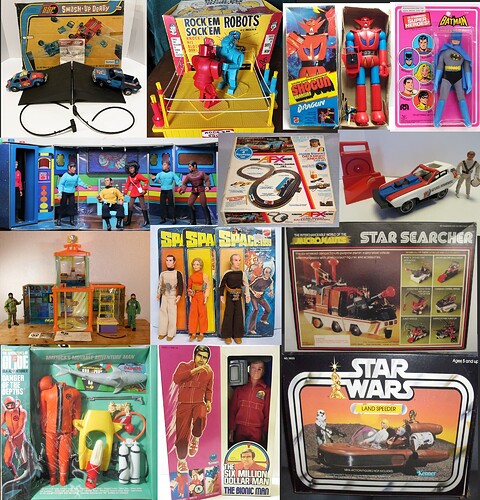