While not my one of my top favorites, this episode does have some gem riffing moments. While the stew scene is good, for me the moment that causes me to lose it every time is when a Doctor enters a room with an Xray and Crow screams “You removed the wrong leg!”

The timing is just perfect for me.

The riffing over that last chase is golden.

And the SOL’s Legends of Rock host segment is an all-timer.

Definitely a good one for the host segments.

I actually really like this experiment. And I love the Legends of Rock doc they do. 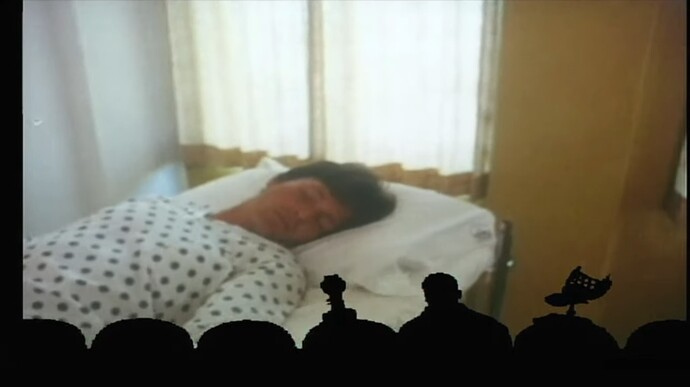 Everything about that half-hearted “prank” everyone tries to pull on Paul (and his non-reaction) at the beginning is such riffing gold. The host segment in response is even funnier!

Track of the Moon Beast is one of my go-to episodes. I watch MST3K for the movies as much as the riffing, and TotMB is a feast of cheese that also has a thin shred of sci fi credibility and one or two flashes of near-originality (for the time). I don’t know why TotMB doesn’t get the adulation that other episodes do. Sure, it isn’t a classic, but I tend to think of it as a discount store-brand Werewolf (like It Lives By Night, another go-to of mine).

In case anyone wants to make Johnny Longbone’s stew, here’s the recipe.

Sold!
Tho it (seemed for me at least) to be one of the episodes unavailable in app (but was on website!)

That riff makes me kind of sad, because it’s based on a real case.

(I hang around lawyers a lot.)

I think my fave is the magic arrow being shot and “Causing him [the beast] to Frug!”

It’s a good episode, but somehow easy to forget about. Maybe it’s something in that heavy sigh.

It’s a shame we never get to really know the Eskimo and Friendly-Looking Backup Singer.

J.C Penney hookerwear, for the casual hooker at work, rest, or play!

I have to make this now

@Satoris720 I’m happy to help. Unfortunately another Track of the Moon Beast (1976) topic exists so my intro I’ll park here for now. Time to go somewhere else.

Young people, lots of bodies, a monster running loose. A number of MSTs have similar ingredients. The Incredible Melting Man (1977), Laserblast (1978), Being from Another Planet (1982), Pod People (1983). Track of the Moon Beast (1976) checks the boxes. Wide expanses, the supernatural, a crappy ending. Bleak would be the word. Blossoming, Bobo Remote Control, Rushing The Halloween Season, SOL’s Legends Of Rock, Mobile Personnel Reconnaissance Robot. “Oh I have a feeling these cinema shares won’t give us a very good return”, “Icarus… Pullout Icarus”, “How Green Was My Credits” “Do you really want your movie to start this way” or “Well… I learned something from this movie you guys”? 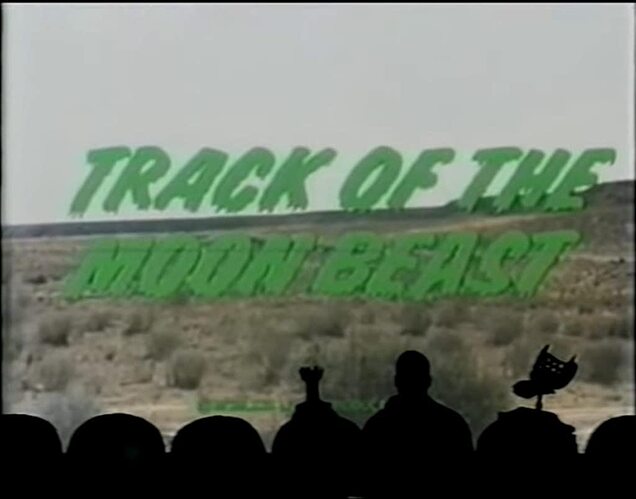 Track of the Moonbeast MST3K Central

While not my one of my top favorites, this episode does have some gem riffing moments. While the stew scene is good, for me the moment that causes me to lose it every time is when a Doctor enters a room with an Xray and Crow screams “You removed the wrong leg!” The timing is just perfect for me.

In some Mst3K episodes there are really no protagonists (Leech Woman comes to mind), no characters with redeemable qualities. Track of the Moon Beast is the opposite, EVERYONE is a protagonist, except the monster. Which Paul can’t help but change into. To me that gives this movie a stinky charm. Everyone gets along. M &TB even joke about how everyone has their arms around someone else. I absolutely love this episode. Johnny’s stew, Kathy’s terricloth, California lady, the sheriff hooking his thumbs into his belt. This is the best of season 10 (sorry Squirm).