I watched The Village of the Giants the other day and was pleasantly surprised to see Tommy Kirk and Ron Howard! What are some cast members in a MST3K riffed movie that surprised you?

And the young lady with red hair is Toni Basil of “Hey Mickey” fame, among so many other things. 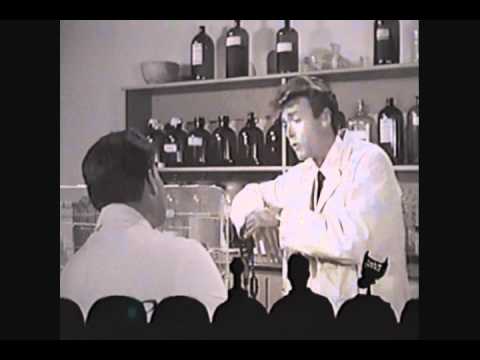 Also, did you ever think MST3K would do a movie that starred Rock Hudson and Mia Farrow?

I love your take on this, thank you for providing some behind the scenes!

Another behind-the-scenes person: the late Vilmos Zsigmond. He was a camera operator and cinematographer. You can see his work in such masterpieces as The Last Waltz, McCabe & Mrs. Miller, Deliverance, and Close Encounters of the Third Kind, plus many other movies Hollywood released over the years. He received many awards, including an achievement award at Cannes, and multiple Oscar nominations (including one win, for Close Encounters).

How did this luminary get his start? One of his first IMDB credits is for his work as a camera operator for The Incredibly Strange Creatures Who Stopped Living and Became Mixed-Up Zombies!!?. It’s quite a leap to work with Scorcese, Spielberg, and Altman when you started out working with Ray Dennis Steckler.

Then again, look at all the people Corman gave a start to.

I was absolutely stunned to discover that the Club Scum MC [Daran Norris, as I tried to mention in my first version of this post] went on to voice Cosmo (among many other animated characters).

Norris was also in Stargames as Happy the Clown. If you haven’t seen the RiffTrax of Stargames, I recommend it. What a horror show.

Norris was also in Stargames as Happy the Clown.

I had not made that connection before.

Coleman Francis showing up in This Island Earth as the mailman.

Have you checked out @SandyFrank 's 6 Degrees chart? Seems like you’d dig it if you haven’t.

So I’ve been wanting to learn how to create network graphs. I’ve been intrigued by the potential of a “6 Degrees of Separation” exercise using only MST3K titles, so that became the basis for my learning. You can see the fruits of the efforts so far here: This is still a work in progress, as not all films are included yet. Also, I suspect there are some tranches of films which will not connect to the whole (such as the Japanese and Russo-Finnish blocks of movies). At the moment the most highl…

You are right, this is definitely something that I’m interested in. Thank you!

Coleman Francis also had a bit part in the Film Crew’s Killers from Space at the very end as a guard in the power plant.

I mean, he’s got seven Oscars.

Norris was also in Stargames

To this day, I cannot recall what movie it was (and i see no likely candidates on his IMDB page, though with voice actors, one usually drowns in the sea of credits, and he’s no exception) but I have never forgotten his name.

And every time it comes up, I get a little bit more annoyed.

I mean, he’s got seven Oscars.