Used To Have / Now Have

I do not still have any 5 inch floppy disks in my home but I do have some 3.5" disks and a Zip drive!

Oh man, we thought Zip drives were the bee’s knees with 100meg. and then there was the Jazz that held a whole gig!

, failing to read the disk, despite careful storage in the plastic snap case between uses.

Ye gods, I remember that now! The staccato death-rattle of all your data.

The Great Obsolete Gear Purge finally happened a few years ago when I moved to NC after 25 years in TN: two Syquest drives, a Jaz drive, two working Zip drives, a couple of boxes of disks … a PowerTower Pro 225. (There was a LOT of old gear in that closet.)

Right now, I’m thanking my lucky stars that I didn’t go all in on Zip disks way back in the day.

I used cassette tape storage on the TI/99-4A, as well as the C64 until I got my first floppy drive for that. The drive cost as much as the computer.

Speaking of those days of yore, who else remembers type-in programs? Those programs included in magazines that you typed into your computer by hand.

I used to get Enter magazine which was a computer magazine for kids put out by the Children’s Television Workshop and they always had type-in programs. I spent hours typing them in. The result didn’t always work because you’d miss a 5 or something.

My earliest recollection of programming (as it applied to me … my dad was in systems from the early '60s on) was a type-in version of Battleship for a TI calculator. The excitement!

I subscribed to Run magazine (and some other C64/BASIC magazine before that I think), and I always looked forward to the programs that I had to type in. I distinctly remember one that was a aquarium with tropical fish. 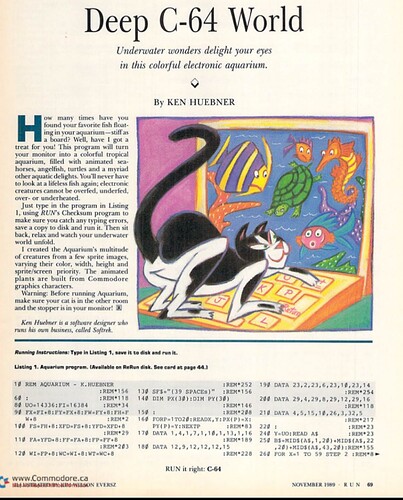 Oh yes! pages and pages of numbers. Spend days inputting all of it … and then it didn’t work. So you had to go back through all of those pages looking for the transposed numbers. (or was that just me?)

It was not just you. I would input the code, then I would do things like add graphics to it or sound effects. But I look back on those listings now and go, “Wow, there’s literally no attempt to make it readable.”

'course, there really couldn’t be, but still. It amazes me I learned to code from it.

Yup, I remember shopping for a cassette player/recorder as a data drive for my Timex/Sinclair 1000 (which I still have, and which still works, and I think I probably still have a stack of Sync magazines around in deep storage). And entering Z80A machine code in hex in a ‘1 REM …’ statement…

I will love that forever for Hunt the Wumpus alone.

I will love that forever for Hunt the Wumpus alone.

Same! I loved that game so much I remade it. Don’t think the online Java version works anymore, but the downloadable Java version should.

A gentleman and a scholar, @SandyFrank. Much respect.

I’m pretty sure I never used a TI/99-4A, but I’ve definitely played Hunt the Wumpus before. Was it on other systems?

The Wikipedia entry for Hunt the Wumpus tells me that versions of the game were made for a number of other systems, so it looks like it made the rounds elsewhere.

The original Wumpus was a text-only mainframe game. It has existed in a number of forms on a number of platforms over the years, so you’ve probably encountered it at some point.

It was on any computer with a Basic interpreter. You could type it in yourself NOW! 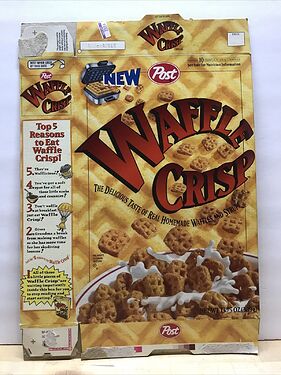 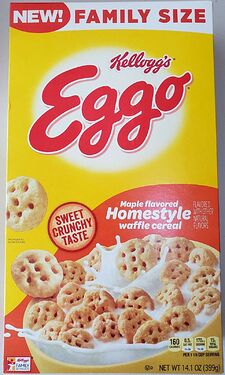