The trip you’ll always remember. Grand Canyon, Mount Rushmore, Philadelphia, Hawaii, London, Paris, and the list goes on. Where’d you go and what sticks out?

Where I want to go soon:
Australia: Sydney and Queensland
The UK: London
France: Paris

Don’t know about one specific trip, but as a kid we used to go to southern Pennsylvania (Lancaster, Gettysburg, Amish country) often for summer vacations. This was in the 70s. Lots of great memories. It’s all different down there now, of course.

We had some good trips to Cape Cod when I was a teen and in college.

If I had to pick one trip, though, it would probably be the first time we went to Florida to visit my aunt and uncle and cousins. They lived outside of Tampa and we went to Disney World (early in its history… Space Mountain wasn’t even finished yet) and the Kennedy Space Center. We drove all the way down there and back (from NY). I remember going over the Chesapeake Bay Bridge-Tunnel on the way back.

The second trip to Florida in the 80s was great too. EPCOT was open by then, and in those days before the internet and super-realistic video games, the rides were fantastic.

Internationally, I think I liked London best of all. Mind you I’ve only been to the US and Europe, so there are plenty of places I can’t compare.

In the US, my favorite vacation spot is New Orleans. Often I think I’d like to live there, but then I remember what the weather is like.

I’m gonna have to say Paris. Not only did I spend three weeks eating up the food and gobbling up the culture, but I found the Parisians to be exceptionally kind and helpful.

Not the stereotype, I know, but that’s what I experienced.

My favorite trip was to Tokyo for my birthday 2002, first week of February. That was back in the day before the advent of the huge travel booking sites, so I pretty much chose my places to stay based on some actual made-of-paper travel guides, Frommer’s and Fodors I think. For the first few days I picked the Ryokan Sawanoya near Ueno. It was a FABULOUS choice; family run, clean as a whistle and had a beer vending machine in the public area. Beer. Vending. Machine. Um, WHY aren’t those ubiquitous on this PLANET?!

For my last night, my actual birthday, I decided to treat myself to a fancy-schmancy hotel, and based on the ratings in the guide books, I chose a hotel that was at the top of a skyscraper and had incedible views. It was SO nice, and one thing I noticed was that there were lights and cameras and stuff set up in different places, I thought maybe they were making a commercial or something…

Well, that hotel was the Park Hyatt Shinjuku, and I found out much later that they were filming Lost In Translation while I was there!

btw 20 years later and both places are still very highly rated, so if you’re planning a trip to Tokyo, accept my recommendation! 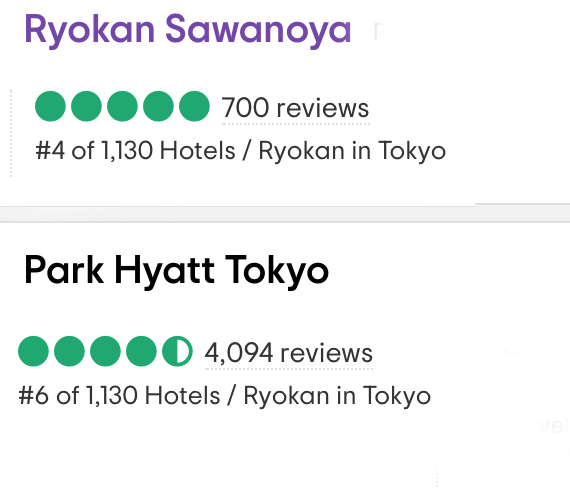 Costa Rica! At my husband’s last job, he was awarded the trip for near working himself to death. We lounged on the beach, went deep sea fishing, and paid for nothing. I want to go back someday and do our own thing even if it means not staying in such an amazing resort.

Costa Rica is beautiful. It’s only a 5-hour flight from Houston. Someday I will get back. Until then I will keep practicing my Spanish.

Driving to Calgary from Vancouver with my family when I was a teenager. Mount Robson was so big it totally filled our windshield from my point of view in the back seat.

The first time I went to Las Vegas and vastly underestimated the distance and heat between my hotel and the Atomic Testing Museum. The kind service staff at the Hard Rock Hotel rehydrated us and called us a cab when they found out where we were trying to go.

I hear great things about Costa Rica! I have some friends who went, and another friend who was going to go, until she found out how large bugs can get in Central America (she’s more of a city gal).

My first overseas trip was to Romania. Still one of my favorite places.

Goin on a Cruise April 25-30 to the Bahamas out of Charleston, SC aboard the Carnival Sunshine

This will be my 3rd cruise; First one was back in June, 2007 aboard the Carnival Glory with my late wife sailing out of Port Canaveral, FL to Cozumel MX, Belize City, Belize, Costa Maya MX, & Nassau Bahamas. 2nd cruise was over 2 years ago to the Bahamas again out of Charleston SC.
Next Cruise will be October 6-10 to Bermuda out of Norfolk VA aboard the Carnival Magic. We have 2 more cruises planed to the eastern Caribbean in 2023 & 2024.
Also working on plans to fly to Hawaii with a good friend of mine possibly sometime next year but we’re waiting for him to narrow down the dates and place to stay before committing to that trip.

April 25: made it to Charleston and we’re already aboard the Carnival Sunshine. Not too bad of a drive until we reached the outskirts of Charleston when traffic was backed up for close to to 10 miles, delayed us about 30-45 minutes but we made it. Topped off on gas and check in went pretty smoothly. Showed our passports vaccination cards and boarding passes and had no issues. Just waiting till 1:30 to access our room and 4pm to disembark

April 30: And we’re back. Had a great time overall and looking forward to going to Bermuda in October

You should retire and get a job to pass the time. All play and no work makes Jack a tanned boy.

A couple weeks ago I had a vacay with my family (mom, dad, and my sister’s family). I had a great time though one three occasions I had to sleep next to my poor 3 year old nephew to get him to sleep).

I took the family on a road trip this summer. Oregon, Washington, and Northern Idaho. Can anyone guess where this is?

Probably one of those places but really it looks like a setting for a Stephan King novel.

It’s the house from the Goonies! One of my favorite movies.

6 hour road trip to Norfolk VA went well and currently staying at the Sherton Waterside resort down the street from the Carnival Magic cruise terminal. We’ll be heading to Bermuda tomorrow afternoon. Never been there before so I’m really looking forward to checking it out.

I’ve had a lot of great trips, some lengthy, some not. One of my favorites was my trip to Scotland and Orkney in 2019. I loved going to Banff and Jasper.

But I have a real bucket list vacation coming up. My sisters and I are going to Greece, Crete, Egypt, Jordan and Israel. Now, I’ll admit that Israel wasn’t really on my bucket list although I’m happy to go there, but I have wanted to go to Athens and Knossos and Egypt since I was really young. Then, when I realized that the place in Indiana Jones and the Last Crusade was real, I couldn’t wait for the chance to see it myself.

And soon, I will. We’ve been planning for two years. And now, it’s coming up in just two months.